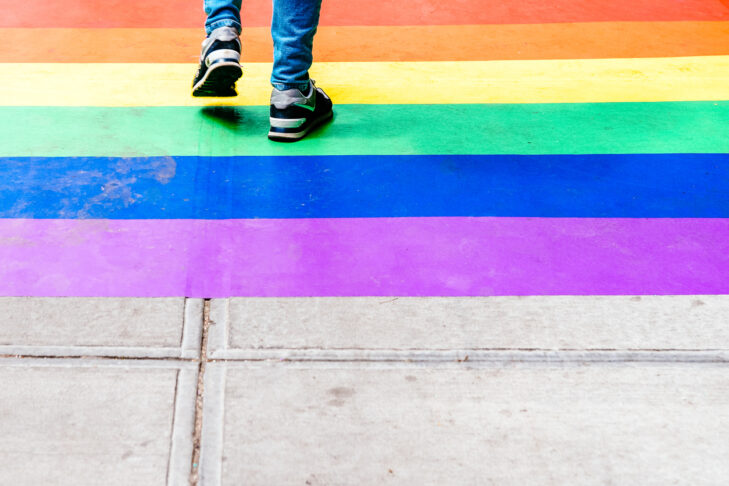 Right at the start of June, I was walking home from work when a gentleman on a bike pulled up next to me at a crosswalk. I didn’t think much of it until he began repeatedly shouting, “Boy? Boy?” which I believed to be directed at someone else. It was only after he shouted, “Boy or girl?” that I realized he was, in fact, speaking to me, arguably the only person on the street who would merit such a response.

This isn’t the first time something like this has happened. A lot of lesbians are misgendered, or more colloquially “sirred” in casual settings when others mistake them for men. Once, memorably, a woman at my bookstore job told her child to give the book to the “nice man” and then visibly blanched when I spoke. In the defense of those who view me as male, I wear a lot of men’s clothes, have short hair and am tall enough that mistaking me for a rather short and delicate man is not outside the realm of possibility.

It was the biker’s inability to read me as male or female that surprised me. His desire to categorize me, a stranger, under an arbitrary label at the very beginning of Pride Month got me thinking about how Jewish women are viewed by a non-Jewish society. Stereotypes about Jewish women in particular are rarely flattering. Jewish features are either eroticized or outright condemned, and Jewish women are often portrayed as venomous harpies, exotic curiosities or spoiled brats. The “Jewish mother” stands counter to the more traditional housewife: one is loud and opinionated, the other soft and demure. Both are misogynistic caricatures, of course, but I’ve found that Jewish mothers often appear as more masculine, a sort of sub-category of women considered directly contrary to femininity.

Contrast this to the “Jewish American Princess,” a vapid and materialistic representation that relies heavily on the stereotype of Jews as greedy. While these girls may fall into a more feminine camp, their positions as domineering harpies taking advantage of stereotypically meek “nice Jewish boys” flips the script on more traditional male and female roles.

Both of these antisemitic stereotypes have seen less popularity in media, perhaps because they’re so overt, but their impact is still rooted in American culture. A lot of Jewish women are seen as less feminine than their non-Jewish counterparts, and this prejudice extends to other women of color, Black women in particular. Viewing a woman as more aggressive or overbearing changes the way she is treated at home, in the workplace and by a majority non-Jewish world.

Of course, I don’t believe the biker was considering the societal implications of his actions when he yelled at me. I think he saw someone whom he couldn’t immediately gender on sight alone and felt the need to clarify. “Are you a boy or a girl?” is a common refrain heard by gender non-conforming people, and it’s often a lot easier to just pick one rather than to tease out the intricacies of gender identity with a complete stranger.

The way we continue to view gender as a this or that sort of thing simply doesn’t apply anymore, and the demand that someone fit under one of two umbrellas for another person’s comfort is a big ask. Perhaps the lesson here is just don’t yell at folks on the street, but that doesn’t mean the implications don’t speak volumes.