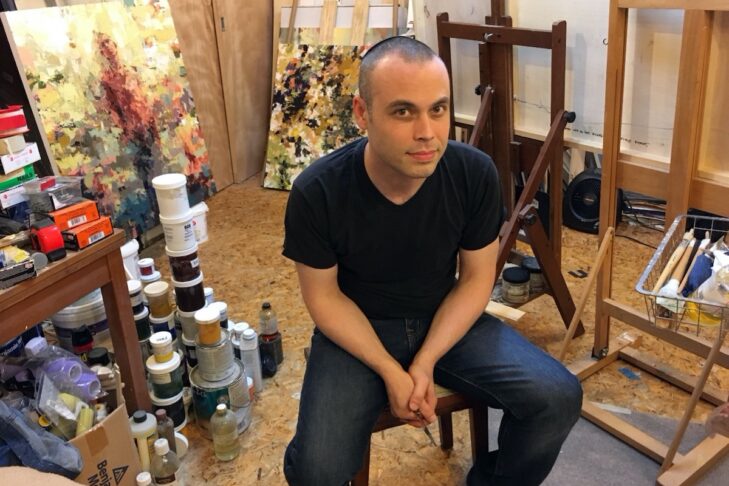 This month, CJP awarded a second round of grants to support Greater Boston creatives for projects that will include dance, documentary film, visual arts, and original music. The new round of grants, totaling $67,500 for nine artists and their teams, comes just six months after CJP invested $100,000 in 11 local artists.

The grants are helping artists at a time when the pandemic continues to make life challenging, particularly for those who rely on in-person gatherings to display and share their work.

Joshua Meyer, a grant recipient working on a Hanukkah-themed project (see below), said the grants are a tangible reminder that the Jewish community cares about arts and artists.

“Knowing I have the support of this community at my back bolsters me in the midst of this complex project,” Meyer said. “It is invigorating to feel the Boston Jewish community embracing its artists and amplifying our voices.”

Kimberlee Schumacher, CJP’s vice president of partnerships and services, said the new round of grants will build on the landmark investment in creativity last April.

“We have seen the incredible impact the grants have already made, both for the creatives who received them and for the community that benefited from their work,” Schumacher said. “We’re continuing to invest in the arts because we see how they offer hope, provide a sense of community, and build Jewish identity at a time when all three are sorely needed.”

Choreographer Jessica Roseman, who teaches dance and educational experiences to children and adults at Lexington Community Farm, said the funds will aid the completion of her documentary and spark meaningful communal conversation.

“I am thrilled that this award from CJP will allow me to complete my dance film, ‘NOURISH,’ which will be the subject of a panel discussion with the Greater Boston Jewish community,” she said. “I am looking forward to meaningful dialogues about Jewish culture, social justice, and dance.”

The latest grants will fund the work of a diverse group of artists exploring issues of Jewish identity and how it intertwines with their own personal and family histories. Grant winners include groups sometimes under-represented in the Jewish community, including Jews of color, Mizrahi and Sephardic Jews, and Jews from the former Soviet Union. 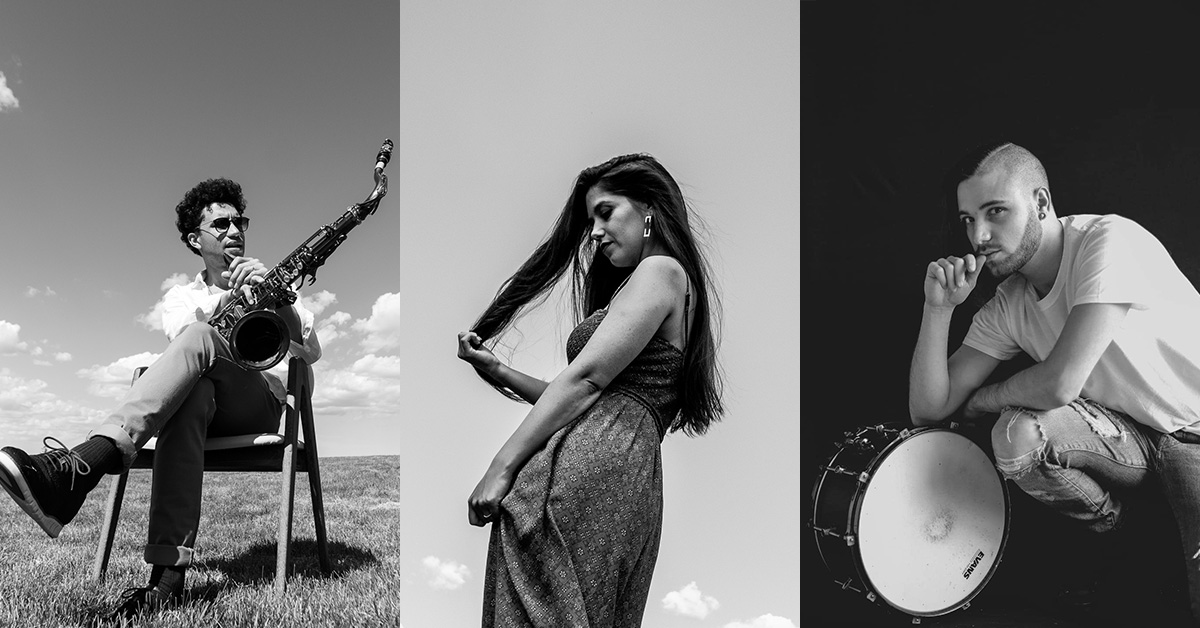 Siblings Tutti Druyan of Brookline and Shaqed Druyan of Framingham will be joined by Edmar Colón, Tutti’s spouse, to record a project called “Kantika,” or “song,” in Ladino (Judeo-Spanish). The music – which will be both in English and Ladino – will serve as a tribute to Tutti and Shaqed’s maternal grandfather, Nissim, and the many other people of Ladino heritage, to expose listeners to the language, which faces endangerment in modern times. A debut performance of the project is scheduled for the second half of 2022. 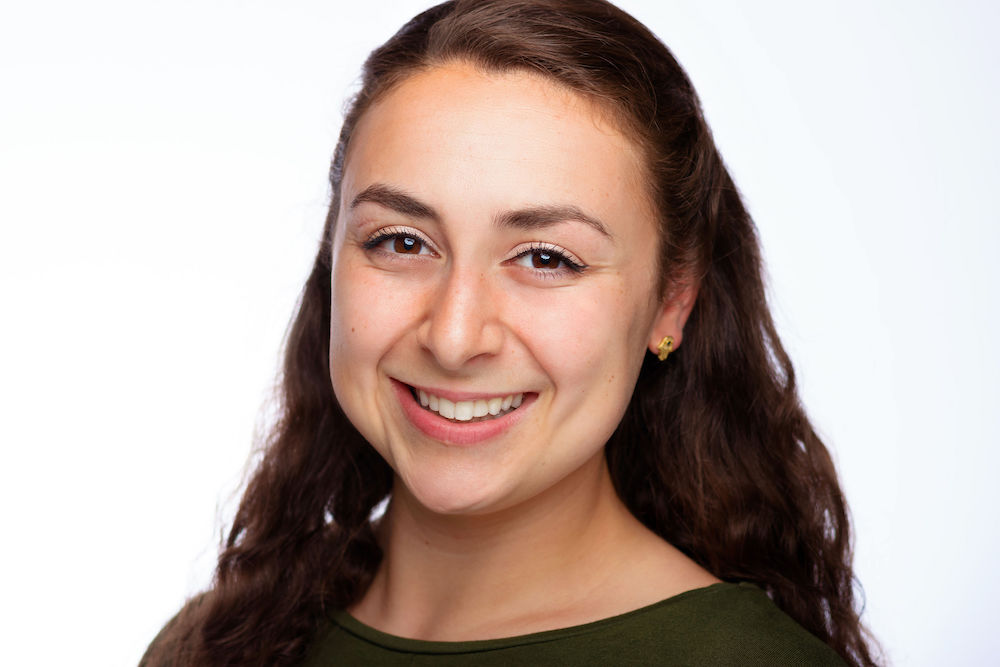 Boston-based dance artist Rachel Linsky, director and choreographer of “ZACHOR,” an ongoing series that preserves the memory of Holocaust victims through dance, was awarded a grant to expand on her work through additional storytelling for a project titled “Hidden.” Linsky and her project collaborators researched the history of Aaron Elster, a Jew who hid from the Nazis in an attic for two years. “Hidden” will include hologram interviews with Elster and will trace Elster’s history from the attic to his post-World War II journey. The project is scheduled to launch in spring 2022. Carol Marton, a Jamaica Plain resident and the artistic director of Koleinu, Boston’s Jewish Community Chorus, will launch a 20th anniversary project to create a new choral piece composed by Osnat Netzer, formerly of Newtonville, to mark the occasion and make Jewish choral music accessible to all. Marton will premiere the work at Koleinu’s 20th anniversary concert, accompanied by a Hankus Netsky and Ezekiel’s Wheels klezmer band. It will be recorded and shared widely. The performance is scheduled for late spring 2022. 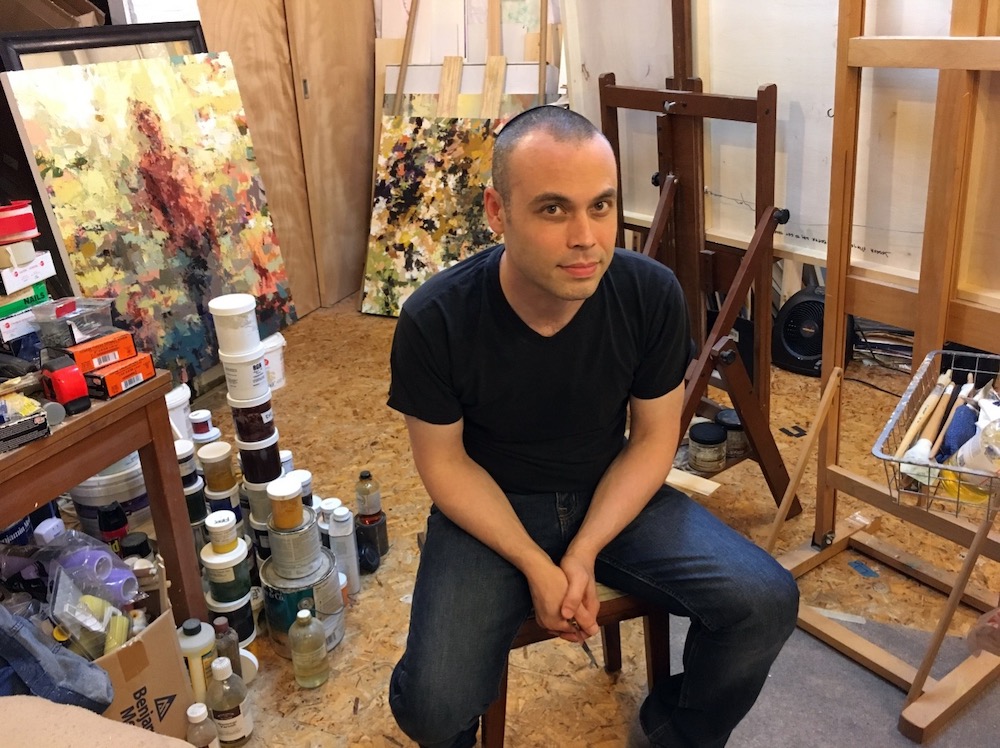 Cambridge painter Joshua Meyer will embark on an ambitious Hanukkah-themed project. “Eight Approaches” will be a series of eight paintings hung in a row, suggesting a Hanukkah menorah, circling the themes of time and light. The paintings will tell a story and, Meyer says, use Hanukkah as a lens to think about art and ourselves, and the diversity and complexity of Jewish identity, community, and tradition. At the conclusion of the project, Meyer will host gallery talks in a museum or Jewish communal space. 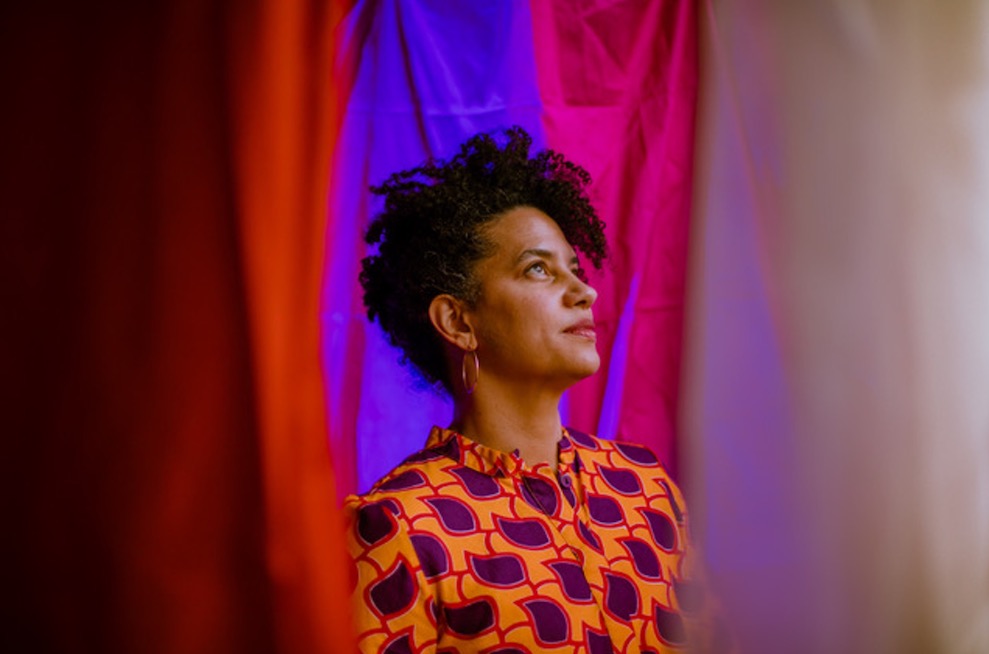 Lexingtonian Jessica Roseman, the artist-in-residence at Lexington Community Farm, will use her grant to create a documentary about the NOURISH program. The initiative leads children and adult visitors to the farm through educational experiences using dance activities and educational experiences focusing on ethical arts practices and environmentalism. Open to all, NOURISH incorporates Jewish practices, like the tradition of tikkun olam (repairing the world), and encourages participants to embrace the concept of a world in which people are connected to one another, their food, and the land. The documentary film of her work will be presented next summer and will include an online panel discussion. 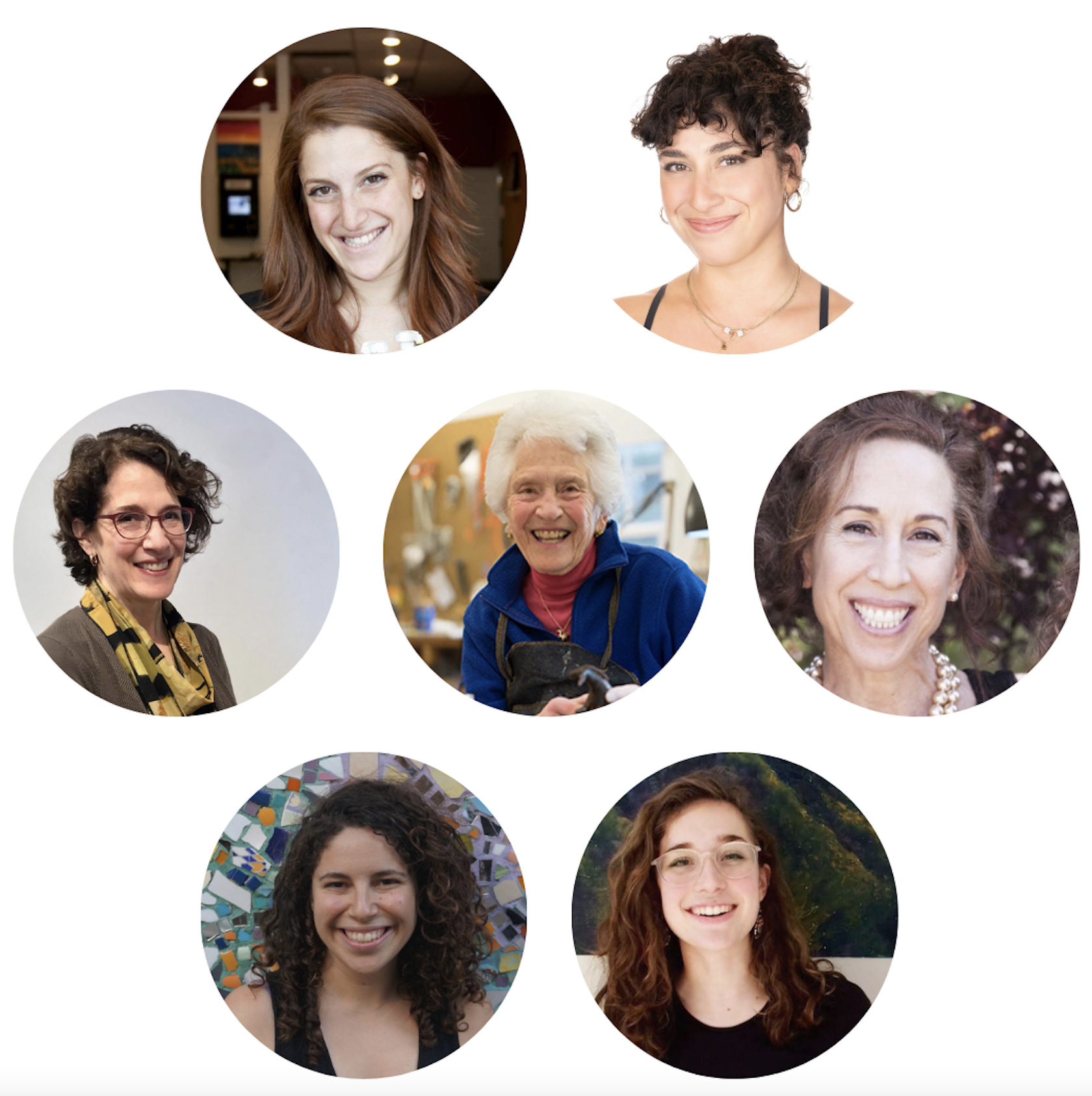 A group of seven artists, all in one family, will embark on a project that centers on seven species: wheat, barley, grapes, figs, pomegranates, olives, and dates and explore how the virtues of each plant embody and reflect the interconnected growth in their family of Jewish women artists. The seven artists’ work—using several media, including clay, glass, and mosaics—will result in a collaborative exhibition in which each woman’s work speaks to the other. The collaborators on the project are Nancy Schön of West Newton, Ellen Schön of Waban, Susan Schön of Andover, Jackie Schon of Natick, Mia Schon (Newton native), Hannah Schon (Newton native), and Charlie Guterman (Andover native). The works will be promoted both in Greater Boston and in Israel and displayed locally around Shavuot in June 2022. 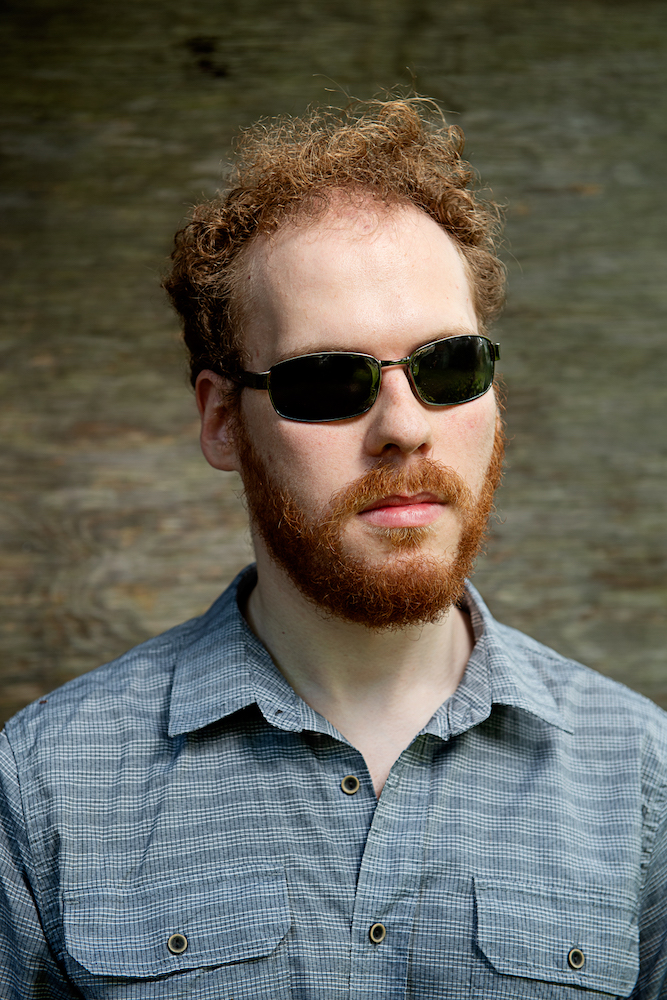 Matthew Shifrin, a Newton musician, will create a one-man, 3D sound-based musical titled, “Chaya: My Grandmother’s Journey.” The piece will use traditional Yiddish songs along with artistic translations to tell the story of Matthew’s grandmother’s childhood in a Polish shtetl, how she survived the Holocaust by escaping the Nazis, her renunciation of Judaism in the Soviet Union fearing persecution, and her return to Judaism after moving to the United States. Matthew wants to inspire young people to learn the Yiddish language and strengthen their bonds to Jewish culture and history. Performances will be held in Cambridge, Newton, and Brookline. 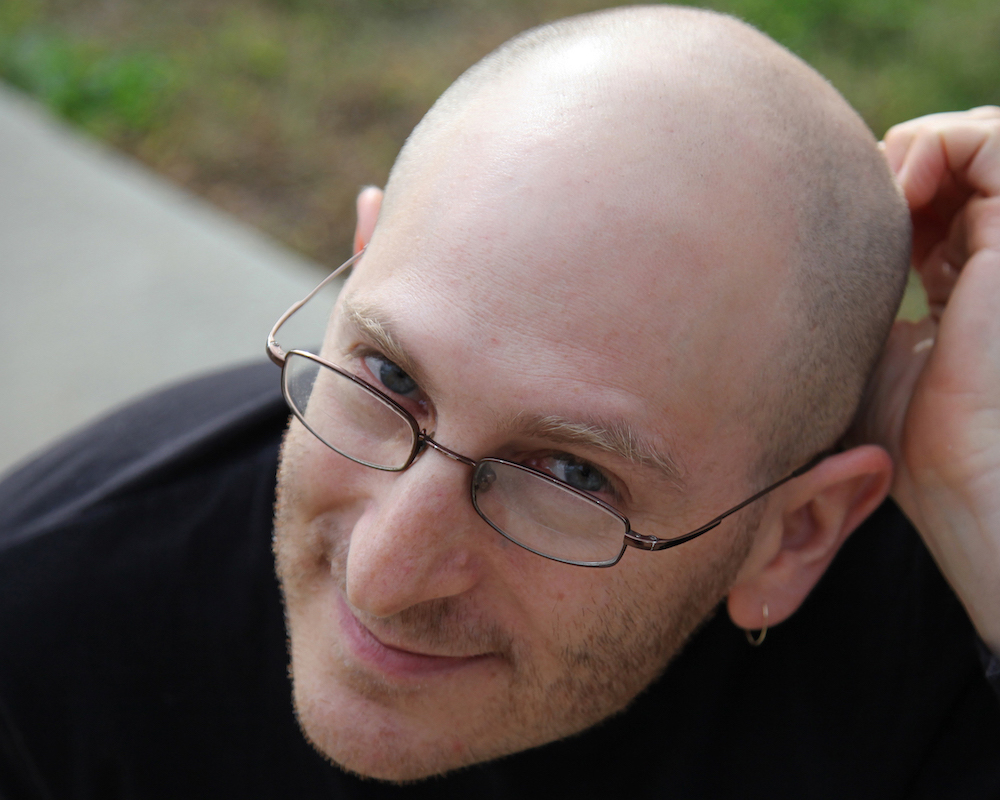 Cambridge-based creative Jason Slavick is using his grant to adapt a nonfiction book, “Letters From Prague,” into both a dramatic play and Holocaust education experience. Through the actual correspondence between the members of the Czerner family, the artist’s in-laws, in the United States and Prague, the book details their escape from the Nazis at the beginning of German occupation. The play will use text from the letters themselves, images from the family, and original contemporary music by a local Jewish musician. The artist intends to make the Holocaust “specific, personal, and relevant for Jews and non-Jews alike.” Performances will be held in spring 2022. Ilya Vidrin, a first-generation Soviet American Jew living in Sharon, will use the grant to create a short film inspired by the music of Soviet-era poets with Jewish roots. Ilya is partnering with Brighton-based singer/songwriter Alec Hutson and Sue Murad, a first-generation Iranian American, to create the film to explore their shared history and the ways in which their experiences have differed. Dance and music will be central to the film project, which will be photographed at a state park and distributed virtually next spring.

The fellowship starts this month and concludes with final projects performed, premiered, or displayed next spring. Visit CJP’s Arts and Culture page to learn more about grant programs investing in local artists.