Noam Bentov has recently assumed the post of CJP’s new associate vice president for Israel and global Jewry. A native of Israel, Bentov will work to build community, as he successfully did in previous roles as executive director of Hillel at both Johns Hopkins University and Towson University. He recently spoke to JewishBoston about his new role at CJP and how he hopes to build and strengthen the Greater Boston Jewish community.

Tell us about yourself and your recent move to Boston.

I moved to Boston with my wife and two kids and am excited to be here. We’re looking forward to exploring Boston and being part of this community. And my seven-year-old son is into baseball, so we’re already Red Sox fans! What I found here in this community is that people are so warm and friendly. We moved in and the neighbors came by to say hello and brought baked goods and invited us over. I want to share my gratitude for this community, and I look forward to doing good work here.

Reading your job description reminded me of a saying from “Pirkei Avot (Ethics of our Fathers)”: “It is not your responsibility to finish the job, nor are you allowed to desist from it.” What are your key responsibilities as the associate vice president for Israel and global Jewry?

A big part of my job is overseeing CJP’s international agenda and our relationships with large and small organizations. For example, through our partnership with the American Jewish Joint Distribution Committee (JDC), we can help many Jewish communities all over the world. Dnipro in Ukraine and our work to support the Jewish community there is a recent example. I will be focusing on Israel and other communities around the world through our partners.

Another key relationship is our Boston-Haifa Connection. This partnership is over 30 years old and has been very successful. A meaningful initiative that comes to mind is “Parents at the Center,” a program that creates a network of support for new parents from at-risk communities. It started with the support of and investment from the Boston-Haifa Connection, and was so successful that other municipalities in Israel adopted it. That was due to the partnership and a major investment from CJP and the hard work from volunteers and our partners in Haifa.

Another key element of my portfolio is working with our partners to fight antisemitism and anti-Zionism. 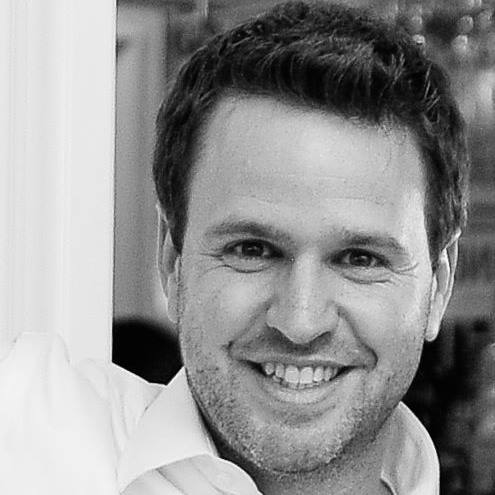 You were on the frontline of fighting antisemitism and anti-Zionism when you led the Hillels at Johns Hopkins and Towson in Baltimore. How will those experiences inform your priorities?

I learned a lot about how to handle antisemitic incidents and how to leverage relationships. At Johns Hopkins, I worked very closely with our local JCRC, our police department and the Baltimore Police Department. And those skills, I believe will allow me to work effectively in this community…to really elevate the conversation, making our stance clear on how unacceptable and immoral antisemitism is.

The quote that you shared earlier from “Pirkei Avot” is so true on this point. Antisemitism and anti-Zionism are not going away anytime soon; as research shows, they’re on the rise. In my experience, anti-Zionism is often a manifestation of antisemitism. I’ll give you an example from a previous role: we had an incident where a teaching assistant released a poll on Twitter asking if she should penalize the grades of Zionist students who participated in Birthright. Who participates in Birthright? Students who are Jewish. I find that anti-Zionism is often just another way to express antisemitic views. So, in many cases, I see that the two are closely linked, if not overlapping.

You’re partnering with organizations to fight antisemitism. What are some of those projects?

We are partnering with organizations such as the Anti-Defamation League (ADL), Jewish Community Relations Council of Greater Boston (JCRC), Israeli American Council and the American Jewish Committee (AJC) to raise awareness about what antisemitism is [and] how to call it out, and not allow malicious players to hide in the dark and operate freely. We need to expose antisemitism when we see it and educate the broader community as to its dangers.

CJP has taken on the role of convener and investor in organizations fighting antisemitism as a strategic priority. To that end, we’re making investments in our partners with the goal of making an impact on our community.

The ADL hosted [The Good Fight: A Forum on Confronting Antisemitism] a weekend conference in downtown Boston. CJP awarded ADL a grant to help fund this initiative. That is a very relevant example of how partnerships with local organizations in the Boston area can advance the fight against antisemitism.

CJP wants people to live in a secure and thriving community. Combating antisemitism is an important element in achieving that security. Through CJP’s Communal Security Initiative, we are ensuring that Greater Boston’s Jewish organizations have resources, training and support for physical security, paired with educational and grant-making elements. It’s a very robust operation.

What will be your focus in the coming months?

Personally, I want to know the community better and build relationships—something key to my role. I will strengthen our relationships with our partners as I get to know everyone. As you can imagine, with so many partners, it will take time. I will be traveling to Israel soon to meet our partners at JDC and colleagues in our Haifa office. I’ve only met them over Zoom and look forward to meeting them in person. I care deeply about building community. Strong institutions are a key part of a vibrant, successful, thriving community.