I can’t take my eyes off a new desk calendar for 2014 that transports me back in time to the inside of an 18th-century Polish wooden synagogue. The unusual images of religious iconography are other-worldly, mysterious and yet also familiar.

January features two statuesque griffins, mythical figures with the head and wings of an eagle and the body of a lion, holding the Torah tablets. Above them gazing down are a pair of doves with olive branches.

February offers a medallion depicting the lion and the unicorn surrounded by richly colored and highly textured circular floral patterns. May features a floral bouquet, representing the zodiac sign for Virgo; October, a backward-facing deer that harkens back to the Zohar and other literature of the era.

In November, you’ll wonder how an American turkey found its way to the artists’ hands in 1731, in the Polish-Lithuanian countryside.

Until a decade ago, these dazzling and sometimes mystifying images were largely unknown and nearly lost to history. The paintings covered every inch of the walls and ceilings of the Gwozdziec synagogue that was destroyed during Nazi destruction.

Now, a decade-long project led by Laura and Rick Brown, artists and visionary educators who teach at Mass Art and head an organization called Handshouse, offers the world the chance to experience what it was like to worship in the Gwozdziec synagogue. A replica of parts of the Gwozdziec synagogue has been hand-built using authentic methods and materials and was installed in the new Museum of the History of Polish Jews in Warsaw, set to open later this year.

You can read more about it here, in a new article I wrote for the Jewish Journal of the North Shore.

The calendar is a tempting sneak peek to the museum and will spark curiosity about the history of Poland’s 17th- and 18th-century wooden synagogues. Sales from the calendar raise funds for a documentary film being made about the project by Cary and Yari Wolinsky, award-winning filmmakers of Trilium Studios.

To order the calendar and learn more about the project, visit polishsynagogue.com or handshouse.org. 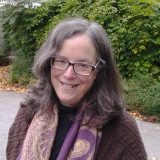 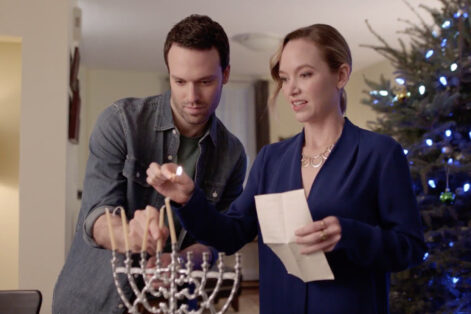