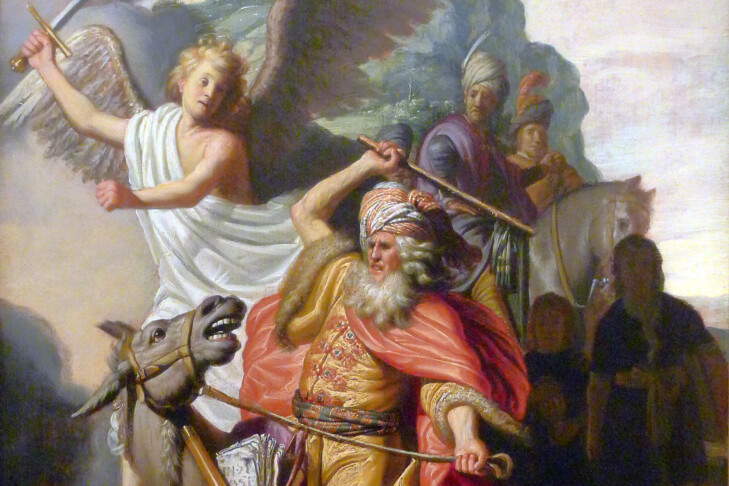 There’s an image that has been floating through my mind these weeks, as I try to reflect on all of the turbulence that continues to inundate our country and our world. It is a picture taken in 2017 at a golf course in Washington state. In the picture, wildfires have set a once lush forest ablaze; fire, smoke, and ashes dominate the background. And in the foreground of the picture, three men calmly stand on a putting green, leisurely finishing their round of golf. The golf course shared the photo on social media with the caption, “Our golfers are committed to finishing their round!” Commenters, on the other hand, criticized the players for their unwillingness, or perhaps their inability, to lift their focus to the fires burning all around them.

It is easy to mock these golfers, and perhaps they do deserve some scolding, but how often have each of us been in a similar situation? Watching the world literally or figuratively burn before us, and doing our very best to keep our heads down and carry on. Often we do this as a practice of self-care, for how could any of us do anything, if we felt all of the brokenness of the world in every moment? Some of this instinct comes as a form of compassion fatigue: How can we truly sustain our outrage as quickly as the push notifications on our phones are able to serve it up?

The balance of keeping attuned to injustice in the world and finding a way to continue to move forward is extremely tenuous. And it seems that despite our greatest efforts to turn away from the cruelty around us, there are limits to our ability to tune it out. When we witness injustice, we might respond to the pain we feel indirectly, ignoring it at best, and at worst perpetuating our pain onto another.

The ways that two characters in this week’s Torah portion, Balaam and his donkey, respond to their discomfort can teach us about the ways we respond to injustice in the world.

In Parashat Balak, the Moabite King, Balak, asks Balaam, a sorcerer, to curse the Israelite people in hopes that this will help the Moabites to be successful in future battles against the nation. Balaam, instead of immediately agreeing to the request of the king, asks Balak’s messengers to stay the night, in order that he might receive God’s permission. While the Sages imagine Balaam as a weak character, under the influence of others, perhaps this delay is his attempt to avoid being sent to curse these Israelites. Balaam is committed to his livelihood, but also apparently to a God of justice.

Despite any initial misgivings, and with the permission of God, Balaam and his donkey set out. God places an angel in Balaam’s way, only visible to the donkey. When the donkey sees the messenger, she quickly swerves off the path. Balaam strikes the donkey for straying. Two more times, the donkey strays and is beaten, until finally God gives the donkey the power of speech and she scolds Baalam:

…What have I done to you that you have beaten me these three times? (Numbers 22:28).

The donkey continues her rebuke.

The donkey said to Balaam, “Look, I am the donkey that you have been riding all along until now! Have I been in the habit of doing this to you?” And Balaam answered, “No.” (Numbers 22:30).

What message is the donkey trying to convey to her rider? Why does it take three verses for the donkey to basically say, “Stop hitting me!” The 16th-century Italian commentator Ovadia ben Yosef Seforno reads the complex grammatical pattern הַֽהַסְכֵּ֣ן הִסְכַּ֔נְתִּי, am I regularly in the habit to ascribe a deeper meaning in the donkey’s rebuke.

Am I regularly in the habit? You should have seen that it is not my custom to act in this way toward you unless there was an important reason. It was meant to show you that you would not be successful. Even though you did not have an overt sign, you did receive hints (Seforno on Numbers 22:30).

According to Seforno, the donkey explains to Balaam that he should have understood this change of the donkey’s behavior as a warning of impending failure. Balaam’s shortcoming is his inability to notice what was being communicated to him. As his journey to commit an injustice starts to literally veer off the path, Balaam continues to strike his donkey, committing further violence, rather than stopping to pause and take stock.

This reaction, pushing down his better instincts and perpetuating violence, is completely contrary to the way the donkey reacts in this same moment. The Sages of the Talmud explain that when God’s messenger later tells Balaam that his cursing is against God’s will, the word used, יָרַט, meaning contrary, is an acronym for the three actions of the donkey:

The donkey sees the messenger in her path, the one who will stop Balaam from going toward his destination. At first she is afraid of the messenger, but then takes the time to witness this messenger of God in front of her. Her initial feeling of discomfort and fear leads her to stop and reconsider, rather than numbly continue on her trajectory. This is diametrically different to the way Balaam responds to his own fear. His donkey swerves, while he responds with violence.

There are numerous ways we are being asked as a society to turn away from our journey and move toward cursing and oppression. Luckily, there are also signs showing us the ways to turn back. We have been pressured in subtle ways and, at times, less subtly to ignore the signs of injustice we see. To look at someone in need and then avert our eyes. To see the forest fire in the distance and continue playing golf.

Perhaps we can learn Torah this week from the donkey. What might it mean to investigate our own discomfort and fear, and find the ways our bodies tell us to turn aside and make new choices? Instead of using our fear and anxiety to perpetuate further injustice, we should follow the three-step process of the donkey—to feel, to see, and only then to turn aside from our callousness and instead act from a place of love.

Tyler Dratch is a graduate of the Rabbinical School of Hebrew College in 2021, and currently serves as rabbi for tefilah leadership and the director of youth and family education at Beth Am Synagogue in Baltimore.