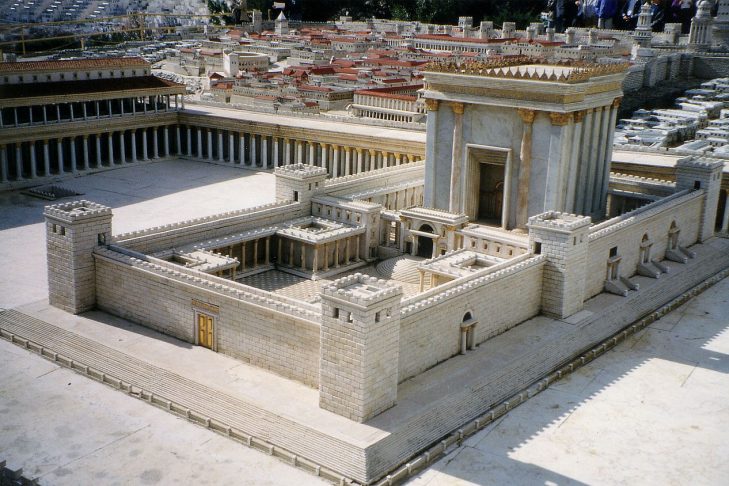 In the previous article, we discussed the rise and fall of the First Temple due to bloodshed and sins among the kings of Israel. When Israel were exiled, they were sent to Babylon, from which Abraham had previously come. There, in Babylon, they dispersed and assimilated until once again, a great hater of Jews arose and sought to destroy them: the arch-antisemite known as Wicked Haman.

Haman said to King Ahasuerus that the Jews were separated: “There is a certain people scattered and dispersed among the peoples in all the provinces of your kingdom” (Esther 3:8). However, their physical dispersion was not what instigated Haman’s hatred; it was their disunity. The 17th-century commentary on the Torah, Kli Yakar, states it very clearly: “‘a certain people scattered and dispersed’ means that they were scattered and dispersed from one another.” Likewise, the prominent interpretation of Jewish law, Yalkut Yosef, takes “separated” to mean that “there was separation of hearts among them.” So, as it happened with Pharaoh, and as it happened with Nebuchadnezzar, separation among the people of Israel leads to emergence of enemies who wish to destroy them. Haman was just another link in the chain, albeit quite a vicious one.

To get what he wanted, Haman told King Ahasuerus that the Jews “do not observe the king’s laws” (Esther 3:8). Yet, even though the king permitted him to eliminate the Jews, each year on Purim, we celebrate the miracle of our survival because at the very last minute, Mordechai united all the Jews. “‘Go gather all the Jews,’ meaning tell them words of blandishment,” writes Haim Yosef David Azulai (the CHIDA) in the book Pnei David, “so they will all be in one unity. Go gather as one, the hearts of all the Jews.” This telling 18th-century description demonstrates the desperation of Esther and Mordechai at the prospect of seeing their entire fold obliterated, as was Haman’s intent. Their last resort was unity. When the Jews united, they saved themselves and facilitated the beginning of the return from Babylon.

But unlike Egypt, when the Jews had to flee in the dead of night, this time, they left not only with the king’s blessing, but with his full moral, financial, and spiritual support: As soon as Cyrus came to power, he felt that God had ordered him to send the Jews back to their land and rebuild the Temple. He sensed he had been commanded to help them in their task. He gave the famous Cyrus Declaration which stated, “Every [Jewish] survivor, at whatever place he may live, let the men of that place support him with silver and gold, with goods and cattle, together with a freewill offering for the house of God which is in Jerusalem” (Ezra 1:4). After his order was carried out, “King Cyrus brought out the utensils of the house of the Lord, which Nebuchadnezzar had carried away [plundered] from Jerusalem and put in the house of his gods” (Ezra 1:7).

The Cyrus Declaration marked the official end of the exile in Babylon and the beginning of the era of the Second Temple, though the Temple itself had not yet been built. During that period, the Jews achieved great heights, but eventually declined to two civil wars, the last of which was so bloody and brutal that its wounds have yet to heal.

The next article in the series will tell the story of the “golden era” in the history of the Jews in the land of Israel, when the nations of the world wanted to learn from them how to conduct their social lives.