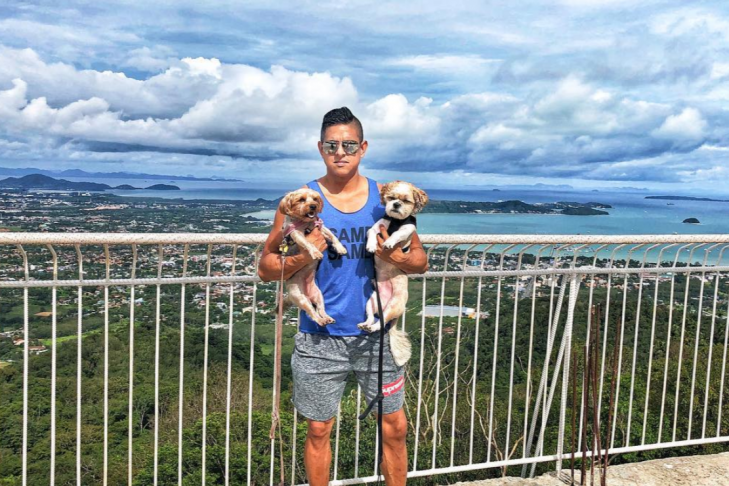 (Courtesy Adam Francisco)
Adam Francisco had a dream life by any measure. He lived in Manhattan with his adored dogs, raking in hundreds of thousands of dollars per year in advertising sales. He wined and dined every night.
But inside, he was unhappy. He was restless. He was drinking too much, staying out too late, not living healthfully. He needed a break. And he knew his time was short.
When his mother died of cancer in 2009, it was a wake-up call.
“I was gaining weight. My blood pressure was going through the roof. I might have a lot of money, but I wasn’t going to live long enough to enjoy it,” he says. “Her death took a huge toll on me. She was loud, vibrant, in your face. Watching someone of that caliber and energy level lose to this disease was very jarring. You won’t be on this planet forever.”
Francisco, by this time 32, had saved his money and invested wisely. So he negotiated a move to Los Angeles, quit his job and began living a life that many of us only dream about: sleeping in, going to the beach, spending time with his beloved pets.
“To me, they’re my children,” he says. 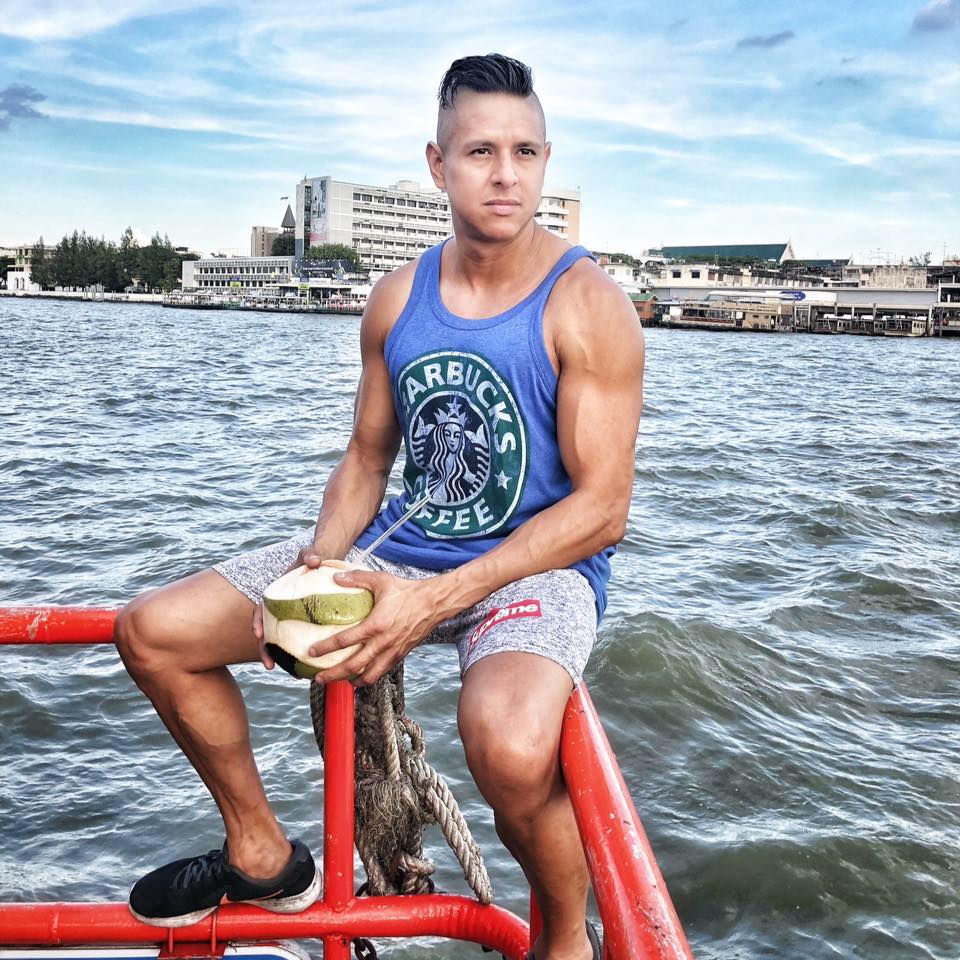 (Courtesy Adam Francisco)
His family was supportive; his friends were somewhat perplexed. Francisco was adopted from Mexico by a middle-class Jewish family and raised in New York. They wanted him to work hard, but they also wanted him to be happy. He didn’t want to answer to a company or to a job or become complacent.
“I think people have too much loyalty to their company. If a company wants to boost profitability, they have no hesitation in laying off their employees,” he says.
From Los Angeles, he moved to Thailand, where the cost of living is lower and he can significantly stretch his savings. Now he writes a blog and has a well-followed Instagram account, wherein he chronicles his travels. He also works part-time—a few hours a week versus 40-plus—as a remote consultant for a New York City-based ad tech company.
“If you stop being a consumer and being brainwashed, you realize what really makes you happy. Is it your experiences, or the shoes you bought? You don’t need money to live a free lifestyle,” he says. “I started realizing in LA that life was short. We don’t have forever. Money didn’t make me happy, but having enough money to do the things that gave me freedom did. Never asking a boss, ‘May I have permission to take a few days off? Is everyone going to be OK here?'”
Now, he answers to nobody. He pays for his own health insurance, and he hasn’t received a paycheck in three-and-a-half years.
“I get massages every day, I wake up at noon, I go to the gym, I blog. I have a high-quality life at a low cost,” he says. 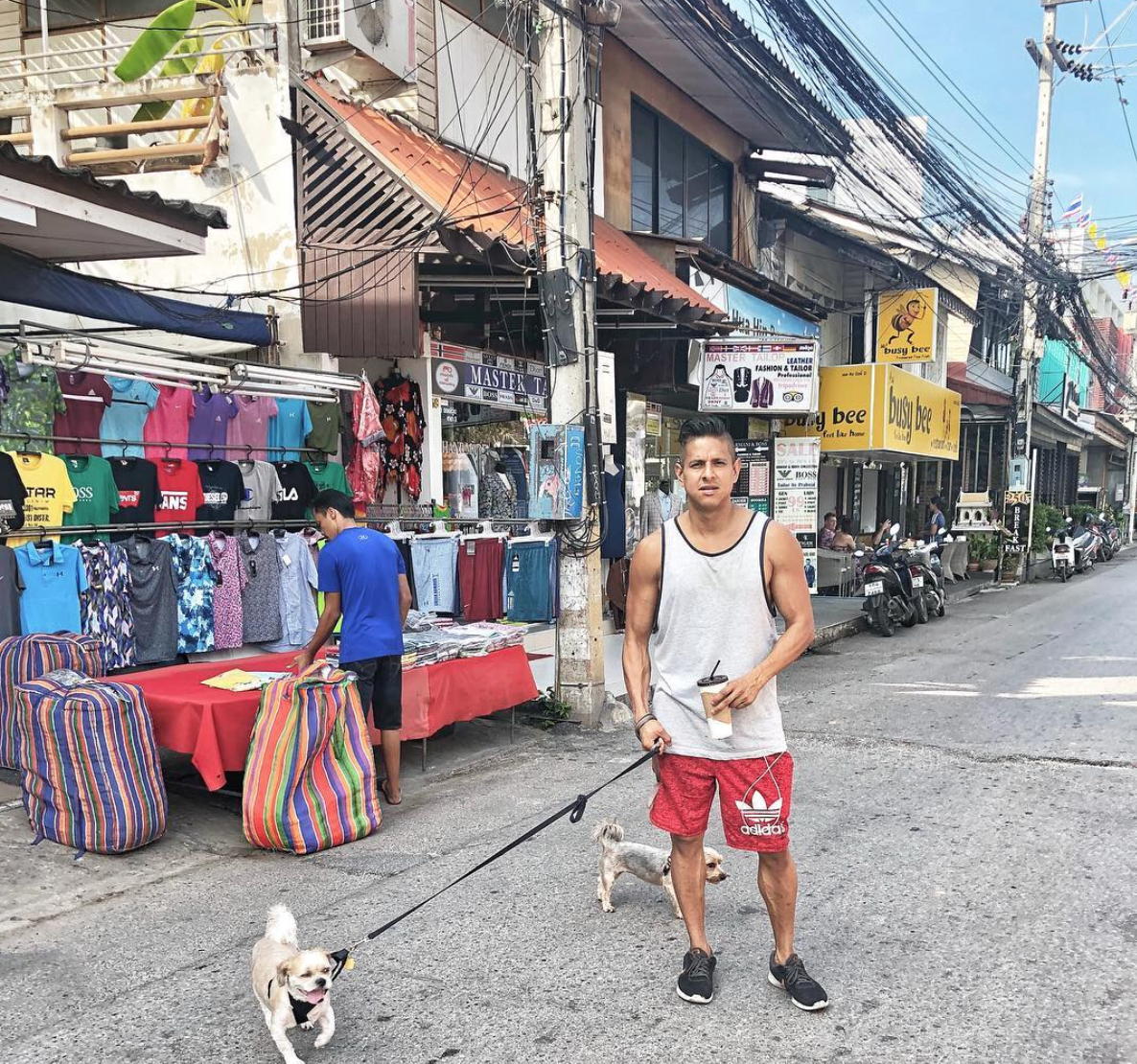 (Courtesy Adam Francisco)
He plans to parlay his own quest into a speaking and writing career, helping others to “unplug from their unhappiness,” as he puts it.
“I want them to get out of the matrix. So many people could do the same thing. A lot of my friends make six figures. A lot of them are not that happy, especially the ones that don’t have kids. I understand why they need stability. But people who don’t have families? A whole other life is waiting,” he says.
He realizes that life in Thailand isn’t for everyone, but he hopes that he can inspire others to pursue happiness wherever they may find it, whether it’s on a beach, or in the mountains, or at a job they truly love.
“We’re all born free. Maximize your freedom,” he says. “My mom used to have a saying: If you don’t ask, you don’t get. If you ask, you might get. You don’t have to go to the beach. Maybe you like the snow. Spend some time thinking about when you’re happiest. Visualize it. Life is fleeting.”
Read more about Adam’s adventures off the grid, away from a 9-5 job, right here.
Filed Under: