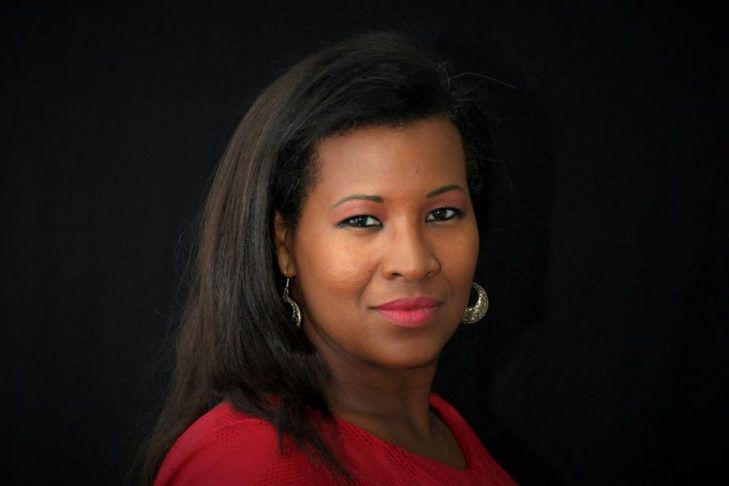 Oshra Friedman’s life story could be a best-selling book. Friedman, who arrived in Israel by way of Ethiopia and Sudan in 1984, says her arduous two-year journey began when she was just 5 years old. Friedman will be in Boston May 3-8 as part of a delegation of Ethiopian Israelis hosted by CJP’s Boston-Haifa Connection. She recently shared her story with JewishBoston and spoke about her ongoing work with the Ethiopian community in Israel.

Friedman recalled an idyllic childhood in her Ethiopian village where her brothers and fathers farmed, and her mother kept house. “I always knew I was Jewish,” she noted. Her village had a synagogue and she said that Jews, Christians and Muslims got along well. All of that changed one night when the government attacked her home and burned it down. Suddenly being Jewish was dangerous. Soon after, she fled with her family in the middle of the night and began a three-month journey on foot to Sudan.

Friedman and her family spent a year in a refugee camp in the Sudan desert. “The refugee camp felt like it would go on and on,” she said. Like her sudden leave-taking of Ethiopia, she and her family were loaded onto an airplane bound for Israel in the middle of the night. The dramatic rescue was part of “Operation Moses,” Israel’s secret mission to save Ethiopian Jewry. Friedman recalled that after the five-hour plane ride, her parents kissed the ground at Ben-Gurion Airport. “The entire year we were in the refugee camp my parents didn’t hug me or kiss me,” she said. “But that day they did. I thought I was in Jerusalem and looked for gold. Instead we went to an absorption center in Ashkelon. A bus driver gave me my Israeli name, Oshra. I also went to school for the first time ever in Israel.”

Friedman and her family thrived in Israel. She excelled in school and her father took on a leadership role when the Israeli rabbinate announced that Ethiopian Jews had to undergo conversion. Once again, the family walked, this time from their home in Netanya to Jerusalem to protest the ruling. “That was a piece of cake after walking to Sudan,” Friedman said with a laugh. But the action was her first exposure to activism. The rabbinate eventually relented and Ethiopian Jews were not required to convert.

Friedman went on to high school, during which she traveled to the United States with grants from Camp Ramah and the Anti-Defamation League. She served in the Israeli Defense Forces and rose to the rank of second lieutenant in charge of education. “While I was in the army I went to Poland, where I encountered Holocaust survivors,” she said. “It was the first time I understood what it meant to be a Zionist. It was very important to me to be in my IDF uniform when I visited the camps. It was one of the most moving moments of my life.”

After her service in the army, Friedman joined the Rashi Foundation in 2000. There she worked with Israel’s fourth president, Ephraim Katzir, to establish the Katzir Scholarship Fund. Friedman is proud of the fact that the scholarship fund uniquely targets underserved students in Israel. She noted that she established two tracks within the fund—the first was to help high-school dropouts reenter school, and the second track was specifically created for single mothers to finish their education. During her 16-year tenure at the Rashi Foundation, Friedman earned a bachelor’s degree in criminology and human resources from Bar-Ilan University. In 2007, she completed a master’s degree from the Ruppin Academic Center in the field of immigration and social absorption. She is currently a Ph.D. candidate in education and leadership at the University of Haifa.

In 2017, Friedman’s activism led her to advocate for her Ethiopian-Israeli community after its young people demonstrated against racism and discrimination. “At that time, I went around the country listening to these young adults and became part of the ‘Roundtable’ established between the Israeli police and my community,” she said. “There were two important goals for me to achieve while participating in the Roundtable. The first was to make sure that police officers had cultural sensitivity as part of their training. This means that law enforcement had to work with local leaders in the community to solve problems. The second was to have police officers wear body cameras. It has worked in Europe and the United States. After much discussion, Israel has become the first country in the Middle East to use body cameras.”

Friedman continued her life’s work with Tebeka, a non-profit that provides free legal services to the Ethiopian community. In Amharic, the word means “advocate of justice.” Friedman was with the legal aid organization for a year when, as she said, “Channel 10 came calling and asked me to moderate a television program called ‘Out of the Bubble.’ On the show I discuss all kinds of social issues that touch on gender, education and employment with Knesset members, mayors and CEOs of various organizations.”

Friedman is currently hosting a new radio show that introduces Israelis to the Ethiopian community. Loosely translated, the show is called “Being Black Does Not Stop Us.” Through the program, Friedman aims to empower young Ethiopian listeners by exposing them to positive role models in the arts, non-profit world and politics. “I want my community to keep dreaming and to know that being black does not stop anyone,” she said.