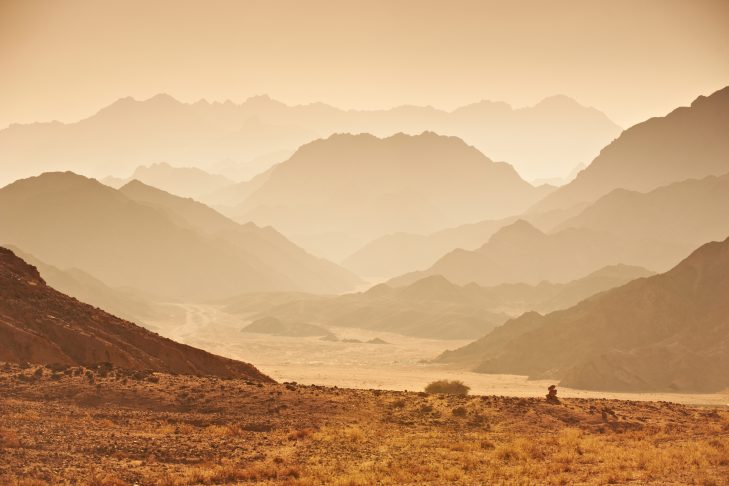 Purim lano. Pesach a la mano. “Purim has passed. Pesach is at hand,” goes the first line of a well-known Ladino song written by Flory Jagoda. This year, as Purim has come and gone, and Pesach is just under a month away, the familiar twin feelings of joy in the holidays and anxiety at the work it will take to prepare for them come with a unique new addition. This year, we are keenly aware that we have now celebrated every holiday of the year in the midst of a pandemic. The prospect of Passover coming brings with it the beginning of the second cycle of holidays in this new reality, and the knowledge that what we saw as a transitory state one year ago has been slow, sometimes excruciatingly slow, in easing up.

This pandemic, along with the illness, suffering and loss that it has wrought, has changed the way we go about our lives, both in the day-to-day moments and in our celebrations and sorrows. Over the last year, people have demonstrated abundant creativity and flexibility, adapting to reality as it stands in any given moment, making the best of it and innovating in ways that will carry forward into better times. And people have despaired, turning inward, losing motivation to do things in ways that don’t live up to our hopes and dreams, retreating from community, relationships and connection. We have found ways to live healthier lives and developed unhealthy habits. We have broken unsustainable patterns and constructed new ones. We have stopped asking when it will “be over” and started asking which elements of “normalcy” we might hope to regain in each upcoming milestone.

Last year, when we went almost immediately from large Purim celebrations to near lockdown, some of us spoke of leaving our communal spaces in terms of the time wandering in the desert, a moment of disorienting transition that would lead to better times. But like our ancestors’ descent into and return from Mitzrayim, Egypt, the narrow place, our slide into the pandemic restrictions felt swift, while the return has been long, frustrating and colored with uncertainty. We forget, sometimes, that the Israelites’ journey through the desert was not all wandering. There was a lot of time spent encamped in various places, waiting for the signal to move forward again.

In this week’s parsha, Ki Tisa, we find our people still encamped at Mount Sinai, months into a journey that might have lasted only 11 days, and that we know will last 40 years. And we see them engage in two very different responses to their extended transitory situation. On the one hand, we see them working together to construct the mishkan, the tabernacle, a holy space, using their resources and their ingenuity to create something meaningful and lasting. On the other hand, we see them lose control, giving in to fear and panic as they insist on the creation of a golden calf, inadvertently leading to another extended absence from Moses and more time camped at the base of the mountain.

Some midrashim assert that the incident of the golden calf actually took place before the people received instructions to construct the mishkan, that these passages are chronologically out of order. The mishkan responds to the discomfort the people were feeling when they made the idol; it allows people to use their energy more appropriately and gives them a physical locus for the holiness that eludes them when it is fully intangible. But the Torah places the instructions for the mishkan before the golden calf, and the actual construction after. This back and forth between constructive creativity and desperate, hopeless pandemonium resonates with me as I observe our own extended transitory state. Like our ancestors, we also oscillate between creative innovation, petrifying dread, hopeful waiting and pandemic fatigue.

Like us, our ancestors also struggle with feeling stuck, not knowing when we will move on. After the people build the golden calf, God and Moses each experience anger, nostrils flaring. The people are described as stiff necked (and they don’t even have their heads buried in Zoom screens all day), and God is tempted to leave them and start over. But Moses convinces God to forgive them and God concludes that what they need is not flaring nostrils, in Hebrew chori-af, but erech apayim, literally elongated nostrils, or rather, patience.

The construction of the mishkan, a transitory holy space, is on one level a capitulation to the extended transitory state the Israelites find themselves in. On the other hand, it is a choice to live fully in the present, as imperfect as it may be. Before they decamp from Mount Sinai, the people will have been there nearly a year. Near the end of our parsha we receive one of several rounds of instructions for how to observe the holidays. In a parsha with so much going on already, I wonder why the holiday cycle comes up here too. I’d like to suggest that maybe it is because like us, our ancestors would go through the full year cycle (eventually 40 times over) in a transitory state. They would celebrate deliverance from Mitzrayim while awaiting deliverance to the promised land.

May we also learn to embrace the seasons of our joy, even in times of uncertainty. May we continue to build the transitory holy spaces, because we cannot know how long we will need them to sustain us. And may we treat each other and ourselves with patience and compassion when trying times weigh on us, when fatigue sets in.

Rabbi Shira Shazeer is the school rabbi at Metrowest Jewish Day School in Framingham, where she coordinates and teaches in the Judaic studies program and teaches music. She studied in the Scholars’ Circle at Drisha Institute for Jewish Education and received her rabbinic ordination from Hebrew College in 2010. She is currently pursuing an additional master’s degree in Jewish studies at Hebrew College, with a specialization in special education, as a Legacy Heritage Fellow.