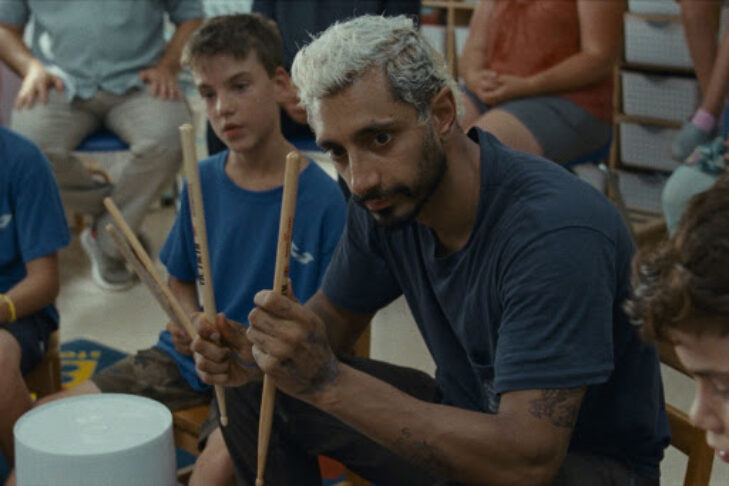 Riz Ahmed in “The Sound of Metal” (Promotional still)

Dig Boston’s John Ruch recently interviewed Rabbi Darby Leigh of Kerem Shalom of Concord for a post-Oscars piece on “The Sound of Metal,” which won Best Sound and Best Film Editing at this year’s Oscars—and received four other Oscar nominations, including Best Picture and Best Actor.

Ruch writes, “…Leigh befriended such legendary heavy bands as Jane’s Addiction and Twisted Sister, performing American Sign Language duets onstage with them and becoming rabbi to members of the latter group. He also performed in the National Theatre of the Deaf, leading to lifelong acting connections that include Sound of Metal actress Lauren Ridloff.

“Leigh shared his own old-school metal tales and offered his thoughts on the movie’s quasi-religious parable about Ruben’s journey through different ‘sounds of metal’ and the world of silence.

“‘I love the exposure that deaf community and deaf culture are getting,’ he says. At the same time, Leigh emphasizes the hearing culture should know, ‘It is not a movie about deafness. The story, rather, was about identity and identity transformation.’”

Rabbi Leigh is one of few D/deaf rabbis in the world. Medical advances identified Leigh’s deafness as an infant, making him part of the first generation to receive intervention and hearing aids at such a young age. He is an eloquent verbal (English and Hebrew) and American Sign Language (ASL) communicator, and he is an expert lip reader.