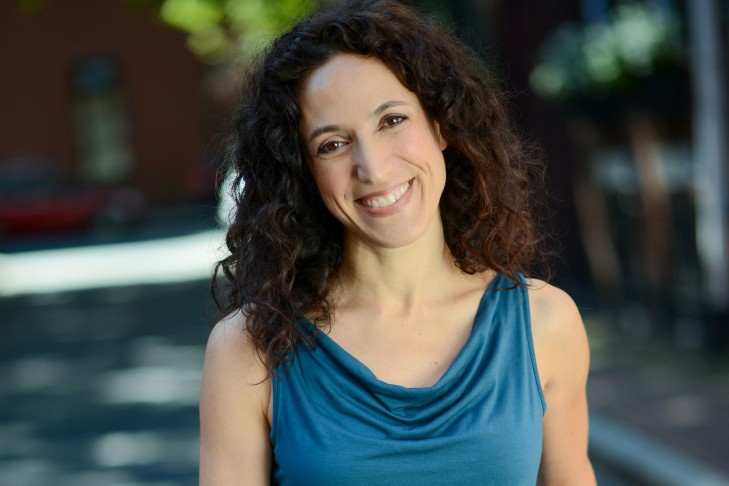 Local author Rachel Kadish’s new novel, “The Weight of Ink,” is a big, beautiful book. Clocking in at almost 600 pages, it looks to be an intimidating read. But looks can be deceiving. What Kadish offers is an immersive and thrilling story that stays with the reader long after the book is finished.

Told through a sturdy yet accessible structure, the novel’s chapters alternate between stories of characters living in the small but influential 17th-century Jewish community of London and the personal narratives of researchers working in 21st-century London who encounter obstacles as they delve into characters living through anti-Semitism, the Great Plague of London from 1665 to 1666 and the Great Fire of London in 1666.

Kadish begins with the premise of a pair of contemporary historians receiving a mysterious set of rare papers found in a house in the English countryside built in the 1600s. British academic Helen Watt, who specializes in 17th-century Jewry, and her brash American research assistant, Aaron Levy, are determined to learn the identity of the 400-year-old papers’ author, who is known only as Aleph. Aleph turns out to be a young Sephardic Jewish woman named Ester Velasquez. Orphaned and penniless, she arrived in London from Amsterdam with Rabbi Moses HaCoen Mendez. When her younger brother was unable to scribe for the blind rabbi, Ester took over his duties.

But Ester is more than a copyist. In a recent interview with JewishBoston, Kadish noted that Ester “speaks the language of philosophy.” Indeed, Ester has an incandescent mind and under various male pseudonyms comes to correspond with some of the greatest philosophers of the 17th-century, including Benedict de Spinoza. Ester’s modern foil, Helen, has spent time in Israel. Although she’s not Jewish, Helen has brushed up against pivotal events of 20th-century Jewish history, having lived on a kibbutz in the wake of Israel’s war of independence and fallen in love with Dror, a Holocaust survivor.

“Helen and Dror’s love story was the hardest chapter to write in the book,” Kadish said. “I find it difficult to write about love without falling into clichés, or falling into stereotypes when writing about Holocaust survivors.” Throughout the book, Kadish was keenly aware that she wanted to tell a good story. She said while she “stumbled” into writing a historical novel, her writing process soon took over. With that, she realized the story she wanted to tell needed a big container to hold multiple plot lines and the deep commitment to research that bolstered those stories.

Kadish’s research also took on a tactile quality. The novel’s wonderful texture comes from details such as the carvings atop the 17th-century staircase where Ester’s correspondence was discovered, or the mullioned windows with heavy, wavy glass in the house in which she came to live and die. While Kadish spent a lot of time in manuscript rooms, including that of the Jewish Theological Seminary, she also learned to write with a quill pen to hear what noises it made across paper. She consulted maps of 17th-century London in which she imagined her characters walking streets, which don’t exist anymore. 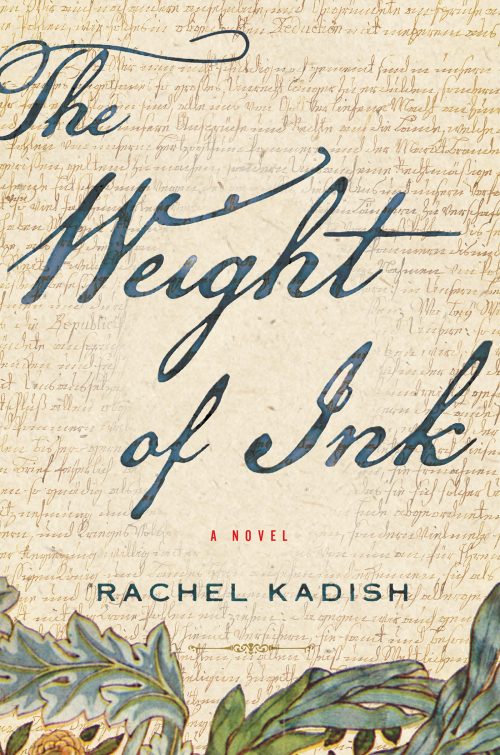 The Koret Award for a Young Writer on Jewish Themes also enabled Kadish to research the book. She spent three months at Stanford University, where she sat in on relevant history classes. “I knew nothing about 17th-century Jewish history in London or Amsterdam,” she said. “But I was so drawn to those communities. There was something about the tiny Jewish community at the time that kept getting kicked out of London, but then was allowed to return. I was drawn to the Spanish and Portuguese refugees there. It was so familiar to me.”

Kadish grew up among Holocaust survivors on her mother’s side of the family. The family escaped Nazi-occupied Poland and eventually made its way to Mexico City, where Kadish’s mother was born. After a couple of years, the family then scattered to the United States and Israel. “I was very aware of the Amsterdam community’s resolve to reeducate their community from their perch of safety,” she said. “They were a vibrant community focused on Jewish learning, but their fear was palpable. The fear is different among Holocaust survivors. In the Inquisition, people had a choice to relinquish Judaism. It was about religion. Under Hitler it was about race. The refugees in Amsterdam were so concerned about keeping that perch of safety they were very careful with how they behaved. That’s why they excommunicated Spinoza.”

It’s virtually impossible to write about 17th-century European Jewry and not include Spinoza. Depicting him allowed Kadish’s characters to ponder big themes that included God’s relationship to the universe and even outright atheism. She described Spinoza’s excommunication order from the Amsterdam Jewish community as loaded with “fire and brimstone. He really got under the community’s skin. I knew that Ester had the kind of mind to understand him. Spinoza is so often depicted as a traitor to his faith and people, but he felt so Jewish.”

Kadish said another novel is percolating, and she may collect the many short stories she has written into another volume. In the meantime, she is enjoying the foray of “The Weight of Ink” into the world. “I had a lot of fun with the characters and the research,” she said. “And I love that people have stepped into the book and felt it to be a vivid world.”