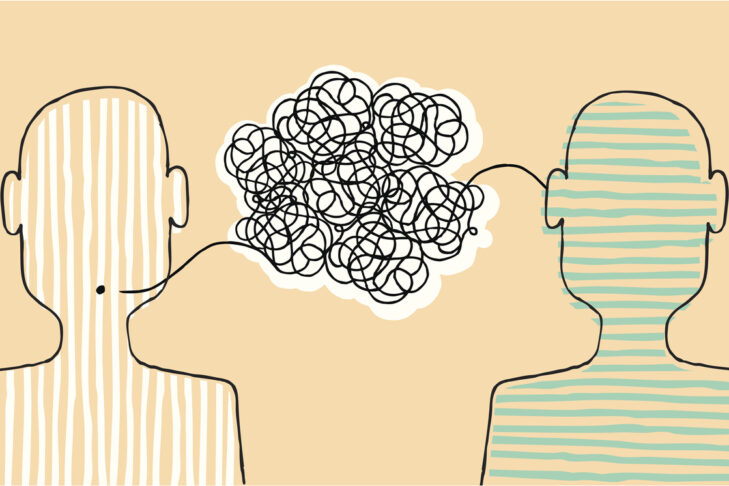 Rabbi Melissa Weintraub is the founding co-executive director of Resetting the Table, an organization that brings together people on opposite sides of the political divide to see and listen to one another. Jewish values have propelled Weintraub throughout her career in social activism. Before leading Resetting the Table, she was a co-founder of Encounter, a nonprofit that sends Jewish leaders to the Palestinian territories to understand the Israeli-Palestinian conflict.

In a run-up to the High Holidays, Weintraub observed that this is the time of year we try “to soften our hardened hearts.” She noted, “At the end of Yom Kippur, we say, ‘I have poured out my stone heart like water.’” For Weintraub, that piece of liturgy dovetails with her mission at Resetting the Table. “One of my goals is to introduce the act of listening for the signposts of someone’s meaning—discovering who they are. Such close listening allows for recognition of someone’s differences while still capturing their essence accurately. It is ‘to pour out the stone heart like water.’”

Weintraub recently spoke to JewishBoston about Resetting the Table’s roots in peace work between Israelis and Palestinians and the core principles that guide the organization. 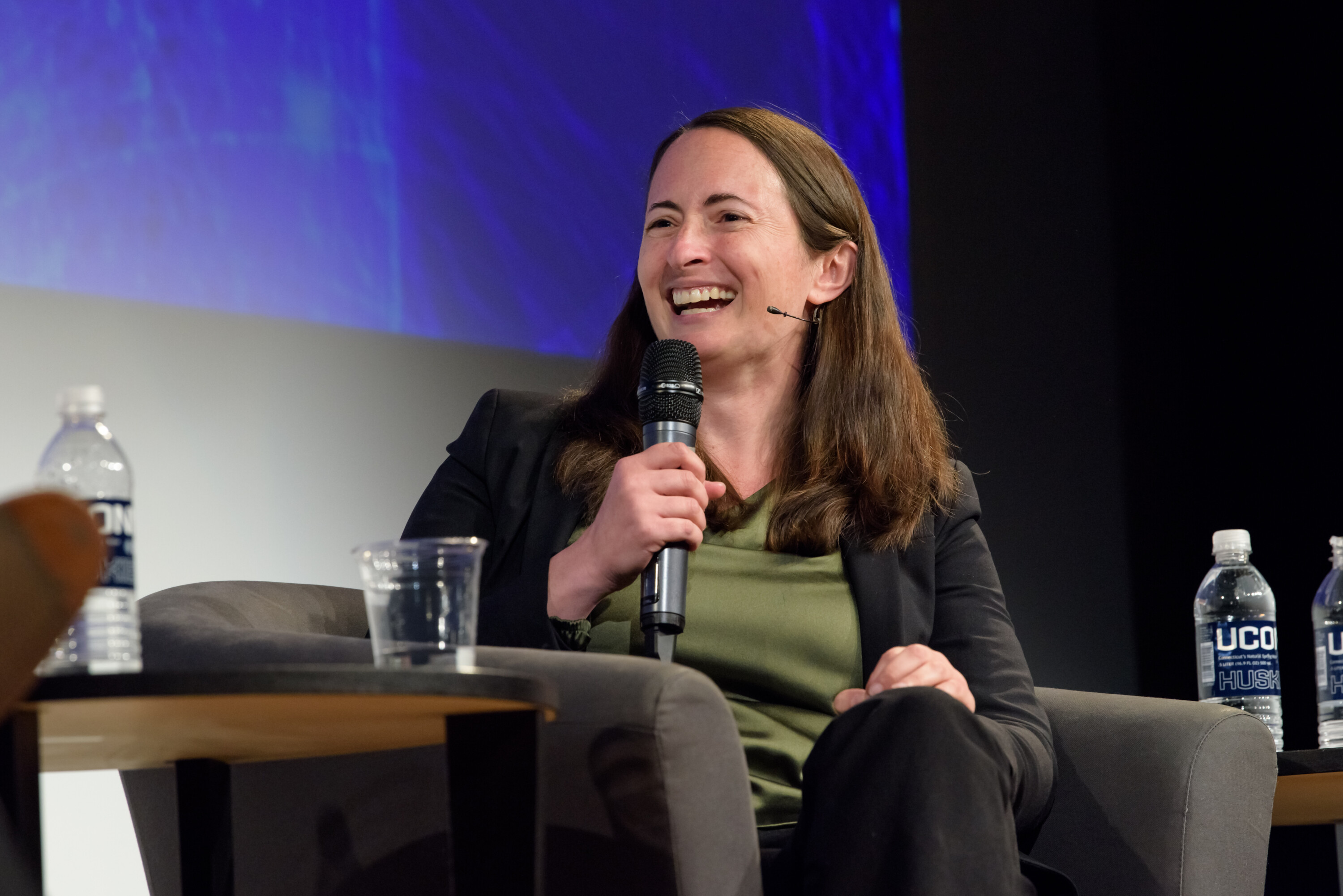 You are also a co-founder of Encounter—an organization that deploys Jewish values to understand the Israeli-Palestinian conflict. Is there a connection between Encounter and Resetting the Table?

We’re both agents of constructive change. Encounter does that by bringing groups of influential Jewish leaders into Palestinian areas of the West Bank to understand the Palestinian experience and build relationships with Palestinians. That work helped me to see that we wouldn’t be able to have the creative problem-solving and thinking the Jewish people need to transform this conflict without coming out of our ideological silos—without challenging each other and hearing people who see things dramatically differently than we do.

The origins of Resetting the Table arose out of those observations, seeing the problems of the toxicity around this issue in the Jewish world, the ways that it was producing tremendous antagonism and avoidance. We needed to support people with skills and tools, and process design and facilitators who could help support non-avoidant and non-antagonistic conversation—bold and vibrant and fearless conversation, across differences, in which people stay receptive to each other while going toward the heat of their differences. Then in 2016 we saw that our own country was descending into intractable social and political conflict, and that our toolkit was tremendously needed here. We pivoted so that a portion of our work was focused on red and blue divides, and domestic issues. And increasingly now, that’s our mission.

What have you observed as you brought Resetting the Table to red and blue states?

I have seen breakthroughs and recognition in our work and the work of other organizations that do political bridge-building. However, I can’t say that I have seen progress in a systemic or societal way yet. I think we are at the beginning of building a 25-year cathedral; there is a long way to go. Polarization has been on a forward march for decades in our country, and it will take decades of work to overcome and transform. I’m optimistic in the sense that I get to see breakthroughs and recognition and what they yield, but I can’t say that there’s been progress in the last four years.

Can you walk me through Resetting the Table’s five core principles—expressiveness, directness, ownership, multiplicity and stabilization?

One of our most common modalities is something we call the “Speaking Across Conflict” workshop. We start with a statement of the problem. What are we facing? Why does it matter? What does it cost us? What does it cost us interpersonally, communally, societally and spiritually? What’s lost when we remain in our ideological silos, without engaging across them? The first exercise that we do correlates with the principle of expressiveness through which we’re bringing what people most care about beneath their analysis and their positions. So much of what we care about, why we care and what’s shaped us is left out of political arguments when these confrontations begin, and we can’t begin to understand each other’s positions.

Participants make a long list, which includes reflections on differences. We teach them a skill at this point, to excavate, to unearth some of the meaning behind each other’s positions, through the artful asking of questions. They then do what we call “following the meaning.” Following the meaning means, “I won’t ask you a prosecutorial question, trying to get you to see what you don’t see. I’m not even asking you an open-ended or curious question that’s about my interests or me. Rather, I’m listening for what you’ve showed me is most meaningful to you, and I’m asking into it.”

How does “directness” figure in this paradigm?

Directness means going toward the heat of our differences after we’ve built some scaffolding. It’s a bit counter-intuitive for many people. Many think that the best way to overcome tension is to identify common ground, but often that backfires when our differences are important to us. The exchange feels hollow and manipulative if we have steered away from the important differences in the room. So we want to be able to surface our differences directly.

How does the “stabilization” principle work in this model?

The stabilization principle comes into play when everyone feels they’re seen on their own terms accurately, without projection or distortion. So often, we’ve encountered people only in media extremes and distortions. We see them through the filter of a straw-man argument; we don’t get their integrity or complexity. When we see people as they see themselves, and they know that we see them as they see themselves, we’ve maximized the likelihood that they’ll stay receptive.

What about “ownership” and “multiplicity”?

Ownership means that people have a sense of owning their own conversation. We’re following what they care about. We’re not leading them toward any conclusions. Instead, we’re working collaboratively with the community to figure out what they most need to talk about, as we shape the prompts. I’m going to bring up another modality, educational programming, because it’s easiest to express multiplicity and ownership through that. When we’re presenting educational content, we do it in a way that we call multi-vocal and non-prescriptive. We’re introducing disparate lenses on a contentious issue and empowering people to reach their own conclusions about an issue. They’re provided with an empathic understanding of different ways of approaching an issue. That’s multiplicity; ownership is the agency component.

Would you characterize Resetting the Table as a Jewish organization?

We are inspired by Jewish wisdom. We integrate, often implicitly, Jewish values and sensibilities into our work. We have a Jewish team working in the Jewish community, but we don’t currently define ourselves as a Jewish organization. However, we seek to contribute Jewish wisdom to the public sphere when we think the broader American public can use that wisdom.

How can people begin the internal work of “resetting their table” in the Jewish New Year?

We’re trying to create a behavioral shift that leads to an attitudinal shift, as opposed to an attitudinal shift that leads to a behavioral shift. We can preach to ourselves, “I should be more empathic, or compassionate,” but that’s difficult. However, I can learn a skill or take an action that helps someone feel that I see them as they wish to be seen. It will produce conditions of empathy and compassion without me preaching it to myself or to anyone else.

A lot of what we teach is skill. Practice these skills as if they are a muscle. It’s about learning to reconstruct accurately and continuously what others have said on their terms. In other words, I will capture what you’ve just said, on your terms, without inserting my filter. I will invite your feedback and keep working at it, and do that every chance I have. It’s our form of active listening. And we know, in most active listening trainings, people will learn some form of mirroring, reflection or paraphrasing. The mantra is to capture people as they wish to be seen. The hope is to have a collaborative conversation across difference and initiate people into new insight and understanding.

Sometimes it’s hardest with our family members. We try not to tell people to be generous. Rather, we want to produce conditions in which generosity emerges. If someone finds another person’s view objectionable, let alone repugnant, or in some way harmful, and we say to that person, “Be generous of heart,” that’s not going to work. Instead, we ask people to press the pause button to make room for another person—to show them you get it on their terms, and to hold the cognitive dissonance of seeing them without letting go of yourself. That produces a shift of generosity.