Close
Never miss a great event again!
Get the best Jewish events delivered to your inbox every Thursday with JewishBoston This Week.
By signing up, you agree to our Terms of Use and Privacy Policy.
Yom HaShoah Resources
View all 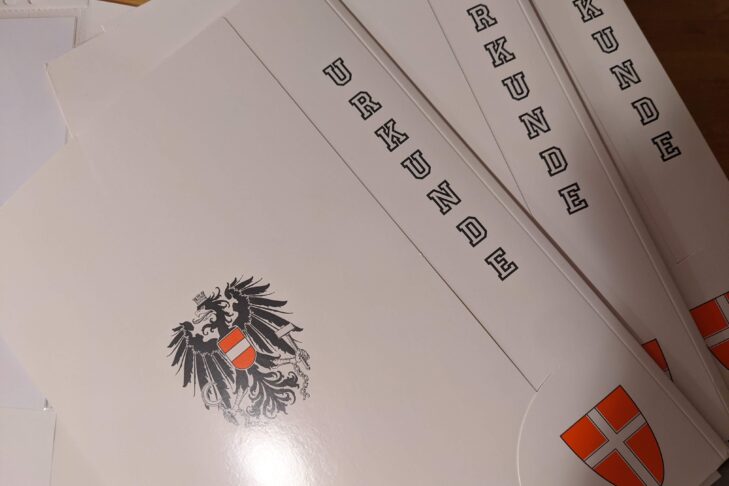 On the night of Kristellnacht, Nov. 9, 1938, Markus and Lilly Imbermann fled from the only home they ever knew in Austria, taking the last train out of Vienna to escape the horrors of the Holocaust. Now, 83 years later, my husband, Evan, and our three American children have been given back the roots their grandparents were forced to abandon and have been granted Austrian citizenship.

At times, I’m not sure whether to be horrified that my children are now citizens of a country that turned against its own people, angered that it has taken this long for restitution, or proud that my family has reclaimed its rightful roots. Although Austria is finally acknowledging its dark past, antisemitism is once again growing worldwide. We cannot simply forgive and forget.

In 2019, the Parliament of the Republic of Austria unanimously approved an amendment to the Austrian Nationality Act, which went into effect in 2020, in line with Austria’s ongoing endeavor for reconciliation with those who suffered under the totalitarian Nazi regime in Austria, as well as their direct descendants, who are now eligible to receive Austrian citizenship. This includes Austrian citizens who suffered or feared persecution by the NSDAP (National Socialist German Workers’ Party) or other authorities of the so-called “Third Reich” and were forced to leave Austria before May 15, 1955.

My husband, Evan, and I are both descendants of Eastern European Jews for whom the Holocaust played a key role. At the time of the Second World War, Evan’s grandmother and grandfather were prominent physicians in Vienna. His grandfather, Dr. Mark (“Max”) Imberman (Americanized name) treated each patient as if they were the only ones that mattered. Thus he became a respected member of the community. Because of this, his family was warned by a trusted, well-connected patient that things would be getting worse for the Jews of Austria. 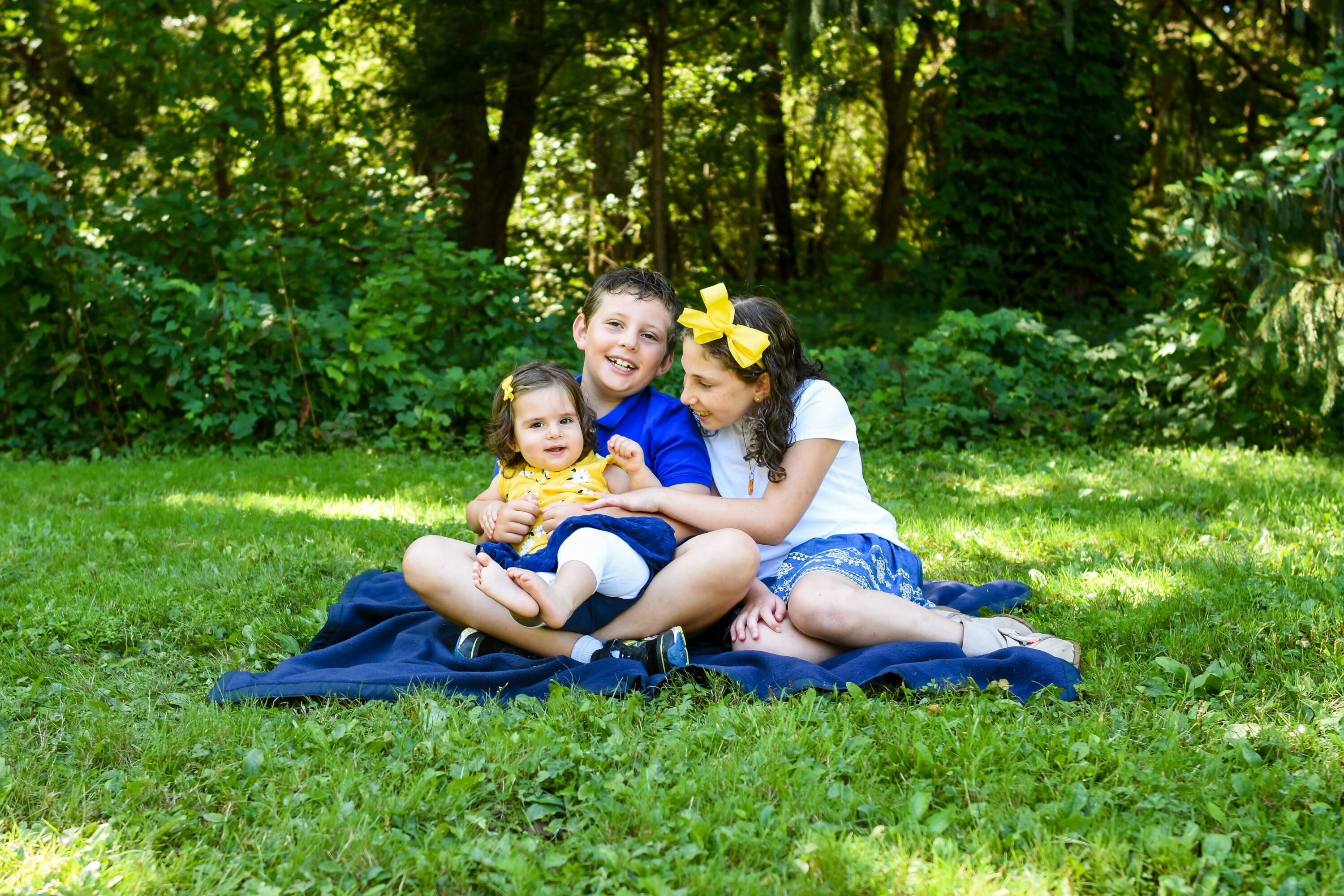 On March 12, 1938, German troops marched into Austria to annex the German-speaking nation for the Third Reich. They were welcomed with the enthusiastic support of 99% of the population. Anti-Jewish legislation was quickly adopted, the rights of Jews were taken away and antisemitism was rampant. Jews could not marry, could not vote, could not own businesses or property, could not continue their education and faced an increasing number of economic laws that sought to remove them from the economy and steal their livelihood.

On July 28, 1938, Max and Lilly wed in a secret ceremony. And on Nov. 9, 1938, Max was told to leave Austria by day’s end to save his life. They took $12, which was the most they were allowed to carry, a suitcase, Lilly’s aunt and uncle’s beloved dog, Gerry, and on the day of the night that later became known as Kristallnacht, the “night of broken glass,” boarded the last train out of Vienna to Rotterdam. From Rotterdam, they escaped Europe on a boat to America that docked in Hoboken, N.J., the day before Thanksgiving 1938.

By leaving when they did, they avoided violent anti-Jewish riots that broke out across Germany, Austria and Czechoslovakia. Members of the Nazi party looted Jewish businesses, smashed the windows of Jewish homes and schools and burned and destroyed 267 synagogues. Some 30,000 Jewish men were rounded up, arrested and sent to concentration camps.

For those who had the good fortune to escape, the process was made incredibly difficult. Numerous documents were required from different departments, heavy taxes and fees of all sorts were imposed and they were forbidden from taking anything of value, often only some clothes and a few household items. Furthermore, visas to enter another country had to be obtained and many had to renounce ever returning. Max and Lilly left their families and everything they owned and knew to start anew in America. Fast forward to 2021 in our quiet town in southern Massachusetts when a certified package arrived at my house. Inside were four documents entitled “Urkunde” (certificate) with a note from the Jewish Community of Vienna (Israelitische Kultusgemeinde Vienna) stating, “Mazal tov on obtaining Austrian citizenship.” My husband and our three children had been granted citizenship to the Republic of Austria. The date on the certificates is signed “November 10, 2021,” 83 years and one day after Kristallnacht, 83 years and one day after my children’s great-grandparents fled for their lives from their home, from a country that turned against them.

Now, let me back up a bit and explain that the process to reclaim our family’s Austrian citizenship was no walk in the park. It started with my savvy brother-in-law, Eric, who has always had an interest in his Austrian roots and was close with his Austrian grandfather. He did the hard work of collecting passports and documents and researching exact names, dates and places of birth, as well as details of direct ancestor-ship, which proved to the Austrian authorities that we were, indeed, direct descendants of persecuted Austrians. There were numerous trips to the Austrian consulate in New York City and hoops to jump through. Because Eric had already done all this, we decided to move forward and seek citizenship as well for Evan and our children.

Before 1938, more than 200,000 Jews lived in Vienna alone. After the Holocaust, fewer than 2,000 remained. Until recently, the Jewish community in Austria was not expected to exist for much longer. It now boasts 8,000 Jews throughout Austria, as well as Jewish schools, synagogues, kosher supermarkets and restaurants.

Our certified package from the Austrian embassy included letters from many Austrian dignitaries. “In light of Austria’s responsibility in dealing with the darkest sides of its history, this is another significant step forward. But for our country, your citizenship means even more. It opens the door to giving back an important part of the family history to the descendants of those who were cruelly stripped of their identity and legitimate rights decades ago,” states one of the letters. 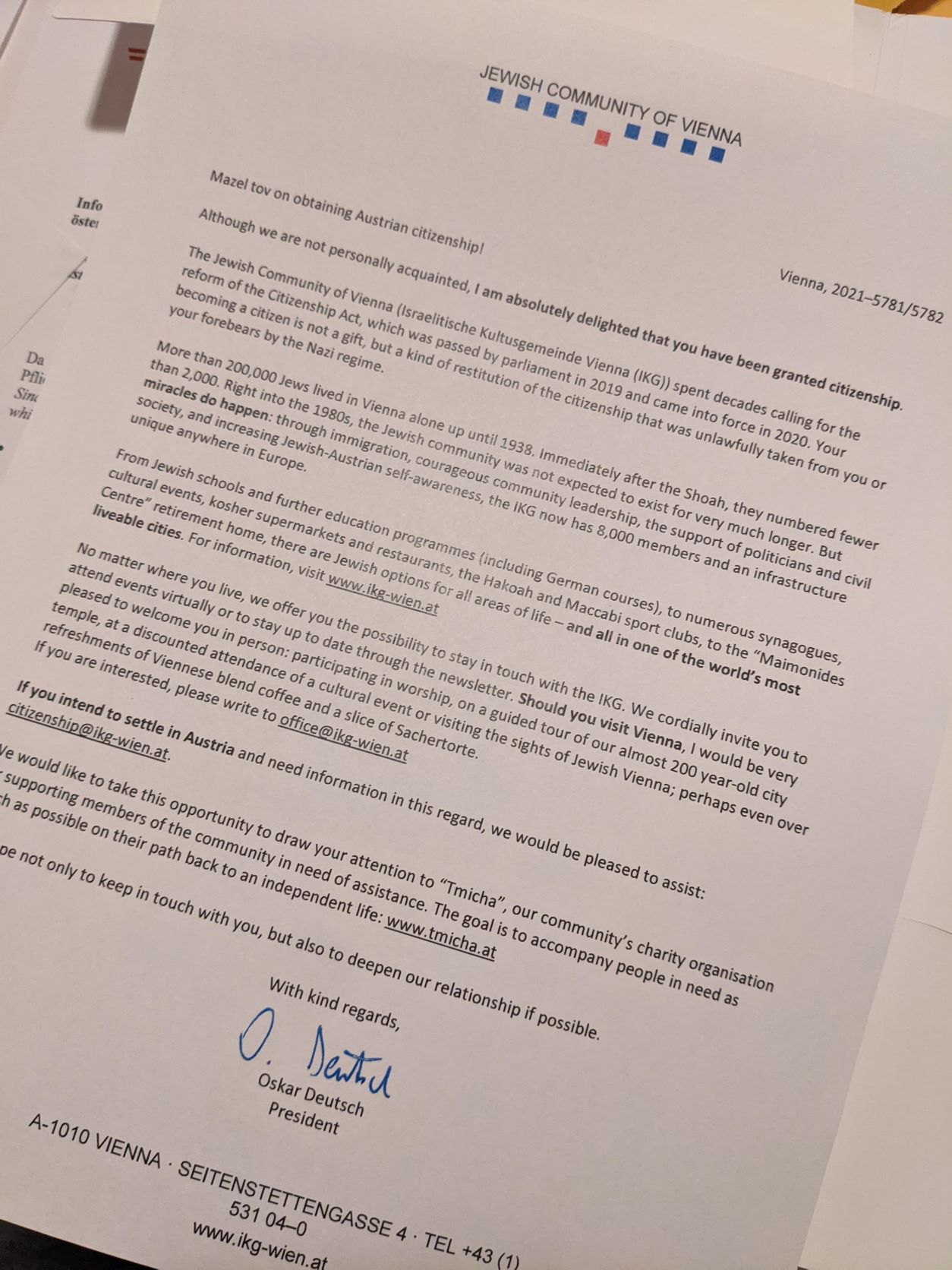 While this citizenship entitles my husband and children to civil rights, such as unrestricted residence and free university in Austria, participation in elections, referendums and petitions, and all the benefits of Austria’s membership in the European Union, which allows for free movement within the EU and permission to work anywhere in the EU without the need for a work visa, it is much more than that. This citizenship is restitution. It is regaining something that was taken from us. It is a reminder to my children of their roots. It is a source of pride to show Austria not only that we are not afraid to be Jewish, but are proud of it.

Max and Lilly had to learn English and start their lives over in America. Though in Vienna, Max was a fully licensed and established practicing physician, in the U.S. in his 30s, he had to pass an English proficiency test in the new language, redo his internship by participating in daily hospital rounds for a year and study hard to get his license to practice medicine in the U.S. While he did all of this, Lilly, though she too was a fully licensed medical doctor in Austria, found employment as a nurse so they would have an income. Of course, her Austrian medical license also was not valid in the U.S. They lived in a two-bedroom apartment in the Bronx with Max’s aunt and uncle, who took them in. By day, their bedroom was Max’s medical office where he saw patients. By night, it held a twin-sized bed where he and Lilly slept.

Ever since I was a young child and learned about the horrors of the Holocaust, I have tried to make sense of it all and reconcile what was lost. Not only was everything taken from our families—their homes, their treasured belongings and their livelihood—but our family’s history was stolen as well. Our family trees remain broken to this day. However, we, the future generations, are the leaves of new growth growing from those broken branches and reaching high into the sky. We must not forget the sacrifices that brought us here.

As the president of Boston 3G, a group for the grandchildren of Holocaust survivors, I have made it my life’s mission to ensure that the Holocaust does not become simply another chapter in the history books. It is important to me that my children know their family’s history and that they help to educate future generations about the Holocaust. My children are descendants of Hungarian Jews who survived the horrors of Auschwitz, as well as Austrian Jews who fled for their lives. After years of hard work, strife and perseverance, my husband’s and my grandparents created a new life. A life where Evan and I could marry under the chuppah, could have a baby-naming in our front yard, could dance at our daughter’s bat mitzvah and could light the Shabbat candles of our ancestors on Friday night without fear of persecution. While each family’s story looks different, it’s important to remember the sacrifices that were made so that we could be here today, raising the next generation as proud Jews.

A note from Federal Minister Michael Linhart states, “I hope that this step will strengthen your links to your ancestral home, links that were unjustifiably broken in the darkest hours of our history. Now, a new Austria is awaiting you.” I can only hope this is more than just good publicity and that all of Europe will ensure that the horrors of the past are not repeated. While bestowing Austrian citizenship to my husband and children can never make up for the crimes of the past, the recognition that our family’s rights were taken is certainly a step in the right direction.

With our packet of citizenship, Oskar Deutsch, president of the Jewish Community of Vienna, invited us to visit to welcome us in person, give us a tour and sit down over “Viennese blend coffee and a slice of Sachertorte.” If only Hitler could see us now! 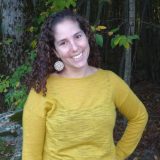 Lisa Einstein
Lisa Einstein is a mom of three little ones living in the suburbs south of Boston. She is a lover of sushi, the great outdoors and all things furry.