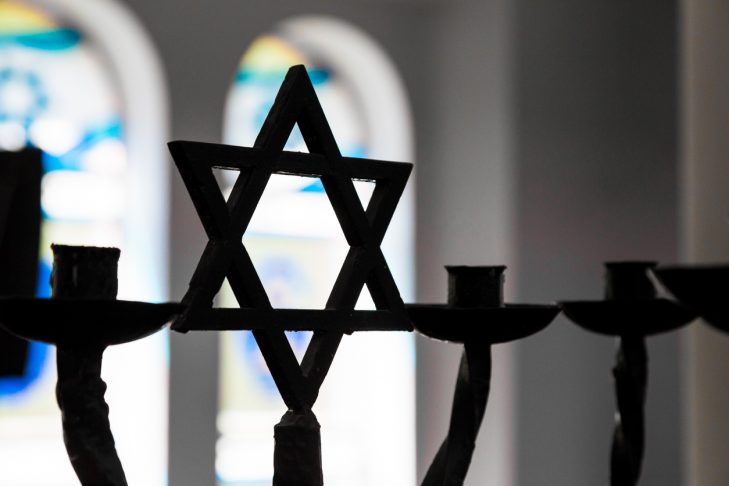 So far, the global efforts to fight anti-Semitism have been directed at heightening intelligence, monitoring and security for Jewish communities across the globe. Another objective has been to tackle the rising tide of online anti-Semitism and to the BDS movement’s growing support. This is the main focus of a $20 million foundation that Jewish philanthropist Robert Kraft plans to establish.

Meanwhile in Europe, two Swedish donors pledged $4 million to, in their words, “instill some hope in the Jewish population.” The funds are aimed at increasing security for Jews in Malmo, Sweden, where multiple anti-Semitic incidents and threats are reported annually. Similar situations are experienced in France, Germany and the UK, among other European countries.

However, all these efforts are temporary solutions that fail to deal with the cause of the problem of rising anti-Semitism. The cause of anti-Semitism is a failure of the Jewish people to come to terms with their identity, and the mission of uniting among themselves in order to be a conduit for unity to spread in the world.

Therefore, to combat anti-Semitism at its causal basis means to implement a single, comprehensive solution: the education and promotion of unity above division.

What form of education can secure humanity a harmonious future?

Simply put, education needs to focus on uniting the Jewish people under the principle of “love your neighbor as yourself” in order for them to be a conduit for unity to spread worldwide (“a light unto nations”). The wealthy who want to make a critical difference in the world need to thus invest in organizations that deal with education aimed at uniting the Jewish people.

Why is Jewish unity so important?

The Jewish people received their name from attaining a state of spiritual unity (the Hebrew word for “Jew” [Yehudi] comes from the word for “united” [yihudi] [Yaarot Devash, Part 2, Drush no. 2]). They share no biological connection as Jews, since they are a people that came from all parts of ancient Babylon, gathered into Abraham’s tent, and became united when they, using Abraham’s method of unification, set their sights on attaining the perception and sensation of the spiritual state of unity, purified from any self-centered motives.

Why is this non-biological, spiritual form of unity so important today?

It is because precisely today, since the human ego has grown to overblown proportions, we’re in a humanity experiencing increasing social division and the myriad personal, social and global-scale problems stemming from an increasing internal disengagement between people. Moreover, the increasing social diversity and mingling of cultures, economies and technologies into a globally-intertwined blend demands a method that can glue together the thickening tangle by making sense of it.

As people suffer more from increasing social division, they instinctively feel that the Jews are to blame for their problems. That is because, since the Jewish people had once achieved a unified state “as one man with one heart,” the nations of the world have a gut feeling that the Jews are holding back “something good” from them. And both the nations of the world and the Jews are unconscious as to what that “good” actually is: a harmoniously unified society, the key to everyone’s happiness and safety.

The more the nations of the world feel problems and crises in their lives, the more they will unconsciously blame the Jews, pointing out any dirt on Jews that they can get their hands on (or fabricate), without knowing that there is a deep-seated hatred within them preceding all of its corporeal manifestations. As social division and its byproducts of anxiety, stress, xenophobia and extremism increase, and as the suffering in the world rises, the Jews will be circled out more and more, and an intensification of attacks and threats on the Jewish people can be expected.

Kabbalist Yehuda Ashlag (Baal HaSulam) describes this phenomenon at length in his “Introduction to the Book of Zohar“:

“In such a generation, all the destructors among the nations of the world raise their heads and wish primarily to destroy and to kill the children of Israel, as it is written (Yevamot 63), ‘No calamity comes to the world but for Israel.’ This means, as it is written in the above corrections, that they cause poverty, ruin, robbery, killing, and destruction in the whole world.”

Today, the nations of the world unconsciously sense that the Jewish people, or Israel, are failing to implement and exemplify a unity worthy of replication in human society. The natural reaction is for them to apply pressure on the Jews, which boosts anti-Semitism. On the other hand, as soon as Jews unite, it will also bring about the unity of all nations of the world and they will feel a wealth of goodness and well being streaming from Israel.

What should donors who want to combat anti-Semitism invest in?

With the understanding that in order to obliterate anti-Semitism completely, Jewish unity is needed in order to be a conduit for humanity’s unity, then donors should invest first and foremost in a comprehensive educational plan in Israel. It needs to cover the education and promotion of Jewish unity on multiple platforms, the mass media as well as local and online courses, programs and events that serve to activate a shift toward a society learning how to unite above its members’ egocentric, divisive drives.

The goal of this educational plan would be that a new, elated spirit of unity spread in human society worldwide: an expanded perception of reality. The state can be likened to waking up from a coma and finding ourselves in a sensation of our collective consciousness.

By increasing the appreciation of the common intention to benefit one’s fellow human being, the newly unified society would be a much happier, peaceful and loving society. Anti-Semitism would then be uprooted completely. That is, it’s not only that there would be no hatred of Jews, the hatred would be replaced with love and appreciation of this united people spreading harmony throughout the world.

“With utter completeness will it be completed within the house of Israel, and from it, it will radiate to the earth and to the whole world, ‘for a covenant of the people, for a light of the nations.’”