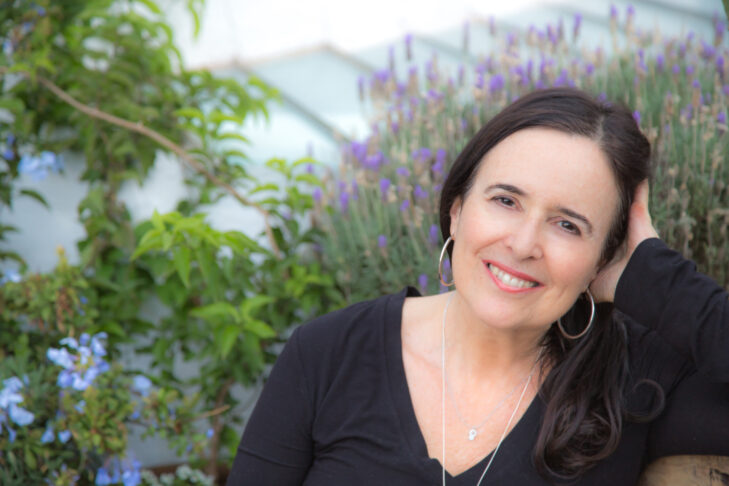 Writer, anthropologist and MacArthur Fellow Ruth Behar has explored the history of Cuba’s Jews in fiction and non-fiction for more than two decades. Behar was born in Havana in 1956 and immigrated to the United States when she was 4. From Sephardic and Ashkenazi parentage, she has intimate knowledge of both Cuban Jewish communities. Her new young adult novel, “Letters From Cuba,” is the fictional story of her grandmother Esther’s arrival in Cuba from Poland.

With World War II looming, Esther joins her father in Cuba’s hinterlands to raise money for the rest of the family’s passage to Havana. The book compiles Esther’s diary-like letters to her younger sister, Malka, reporting Esther’s life in Cuba in rich detail. In the small town where she and her father settle, Esther befriends Afro Cubans and Chinese Cuban immigrants. Behar highlights those deep friendships when Esther invites her Cuban neighbors to a Passover seder.

Behar spoke to JewishBoston about the vivid tapestry of immigrants who characterized Cuba as an open society in the early 20th century, and about the vibrant Jewish community in Cuba.

Why did you choose to write an epistolary novel?

I’ve always liked letters as a genre and as a way of communicating. I also thought about what it was like in the pre-internet era when people took a ship across the ocean and ended up in a very different place. They couldn’t communicate any other way except through letters. And I love the idea of writing for a particular listener that you think will want to hear the story.

The letter is such a wonderfully expansive genre, and it’s so open. It can be so many different things. Esther could talk about things she had done, things she had seen, things she had observed, things she had felt, her worries and her fears. All of that could be encompassed in a letter. It was a genre that I enjoyed working with for this book.

What distinguishes “Letters From Cuba” from other young adult immigrant fiction?

I was intrigued by the story of those Jews who couldn’t come to the United States, and instead had to find another America to go to. So many of them went to Cuba. I tried to find letters that people might have written in Cuba to their relatives, but I didn’t locate that kind of archive, so I created the letters. 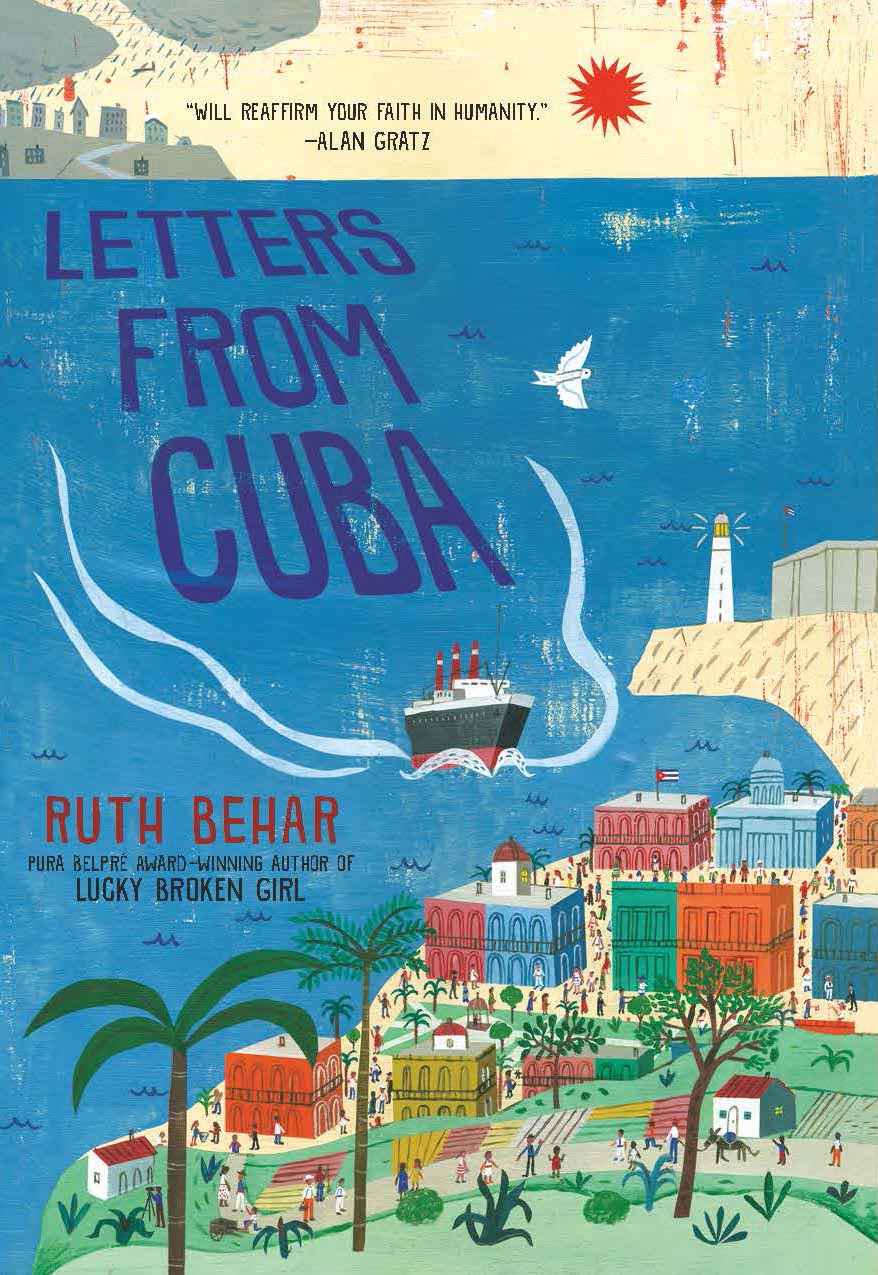 We’re in the middle of National Hispanic Heritage Month. How integral are Jews to Latinx history?

I think we’re part of Jewish diversity and Latinx diversity. From the Jewish perspective, we are part of many diasporas. Not every Jewish person came to the United States or went to Israel. We have felt at home in other nations. Latinx history is particularly interesting because the Jewish part of it comes from two directions. One is the Sephardic direction that I don’t cover in this book but plan to cover in a forthcoming book. There is the fact that Jews have been part of Iberia, Spain and Portugal for centuries before the 1492 expulsion. We have a connection, which is deep. The fact is that many Latinx people have some Jewish ancestry, and more and more of them are very interested in that ancestry.

Your research for the book led you to so many different places. The book begins in Poland, then shifts to the small town of Agramonte in the Cuban countryside, and of course Havana. What did traveling to these places mean to you and for the story?

The places in the book are real places where my grandmother and other family lived. I want to underline that while the book is fictional, it is my grandmother’s story and journey. She is from Govorovo in Poland, and I had always heard about Govorovo. She had the Yizkor book for the town. These are books that the Jews created after the Holocaust to honor their shtetls—Jewish communities from all over Poland. From the time I was a teenager, she would periodically take it out this Yizkor book and look through it. It was very much part of her story and I was very attuned to it. I would sit with her, thumbing through the book and looking at the picture. It was very important to her. Her father, my great-grandfather, had been involved in creating the book about Govorovo. After she died, I inherited the book. That was one of the things that I most wanted of hers. That book had meant so much to her.

I went to Poland with one of my former students who had done research there. She’s Jewish and a Polish speaker. It was amazing to see the real town of Govorovo and get a sense of what it was like to have lived in Poland. Then, as you know, I’ve been doing a lot of research in Cuba on the Jews of Cuba for many years. I’ve been traveling back and forth to Cuba for 25 years. In that time, I had gone to Agramonte a few times. As I was starting to write the book, I went back. My grandmother’s family lived there when they first arrived in Cuba and were the only Jews living in this rural town. I found out that it was common for many Jewish immigrants to settle in these affordable small towns to save money. After peddling for a couple of years, they could buy a store. The whole family would work together in a general store or maybe a grocery store. That’s what my family did. They eventually settled in La Habana in the 1940s, where most of the Jewish immigrants were.

Agramonte is home to a very strong African tradition because there were a lot of sugar plantations in that part of Matanzas. The sugar industry expanded a lot in the 19th century. A lot of Africans were brought to Cuba and enslaved to work in these plantations. Slavery kept going in Cuba until 1886, so this African heritage was very vivid and vibrant. Anthropologists who were working in Cuba in the 1940s and ’50s discovered that these people had maintained the liturgy of the African religions and used Yoruba and so on. On my last visit to Agramonte, I was able to go to the Bembe. They have saint parties, and the one they venerate the most in Agramonte is St. Lazarus, San Lazaro, who is called Babalú-Aye.

Was there antisemitism in Cuba?

My grandmother always said that when she got to Cuba, it was truly a breath of fresh air. She felt that she had left a place that had hated her because she was Jewish. In Cuba, she didn’t feel that automatic hatred. Not that there wasn’t antisemitism, as I show in the book. But the general population, maybe 90% of Cubans, was not antisemitic. For the most part, they were open, tolerant people, and that was something she really felt.

You quote a line from Cuba’s national poet, José Martí: “I come from many places, and to every place I go.” How do Esther’s story and the story of all immigrants to Cuba connect to that line?

I kept coming back to that line from his poetry—the idea that we can belong anywhere, and that there’s nowhere we shouldn’t not belong. The whole book is a plea to have empathy for immigrants and to understand that immigrants, when they leave their countries of origin, do so for a good reason. If given a welcoming hand, all human beings can adapt to any new place.