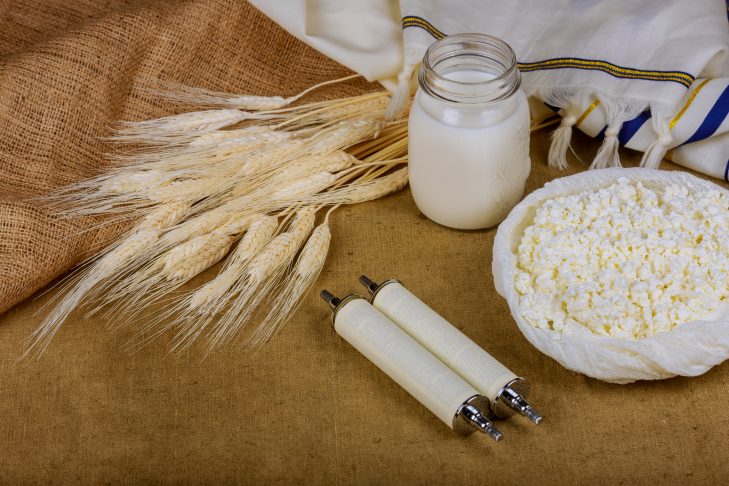 Shavuot is the second holiday feast in the Jewish calendar. We have seven feasts in total, but the three major feasts are Pesach, Shavuot and Sukkot. I adore all three of these days of chag (holiday). The foods we eat during all of these feasts have deep and intense meaning—they tell our stories of being Jewish from ancient history and beyond.

On Passover in Israel, it’s time to plant wheat to be harvested. The first harvest of the wheat shows up on Shavuot. We remember and show gratitude for what we are provided with agriculturally. The three feasts are agriculturally themed. Shavuot celebrates many themes that keep us engaged in our history.

Shavuot is the time when we recall the story of Moses and him receiving the Torah on Mount Sinai. He waited 40 days and 40 nights to receive this precious gift that he would then share with Jewish people forever: the Torah. It would become the Five Books of Moses with instructions on how to live a proper Jewish life. It guides us and nourishes our minds and spirits. It fortifies our beliefs and builds a strong foundation. It’s like a mother’s milk that feeds and sustains us.

Israel is often referred to as “The Land of Milk and Honey.” The milk is our Torah: It’s good for us, it’s healthy and we need it. Therefore, it is customary to eat dairy meals during the three-day holiday of Shavuot (although there is a meat meal included but at a separate time).

The Torah began the practice of keeping a kashruth home and learning the proper way to slaughter animals for consumption. Moses gave the Jews the gift of Torah on the Sabbath. It’s forbidden to slaughter an animal on the Sabbath, therefore everyone prepared a diary meal instead. It was written in the Torah: “You shall not cook a kid in its mother’s milk,” meaning keep milk and meat separate by kosher dietary law.

Shavuot also recognizes the seven species, first grains and fruits that were harvested and given to the Jewish people: wheat, grapes, barley, figs, pomegranates, dates and olives.

The recipes I have chosen to share with you are original to me and my interpretation of my history in the Land of Israel. Chag Shavuot sameach! 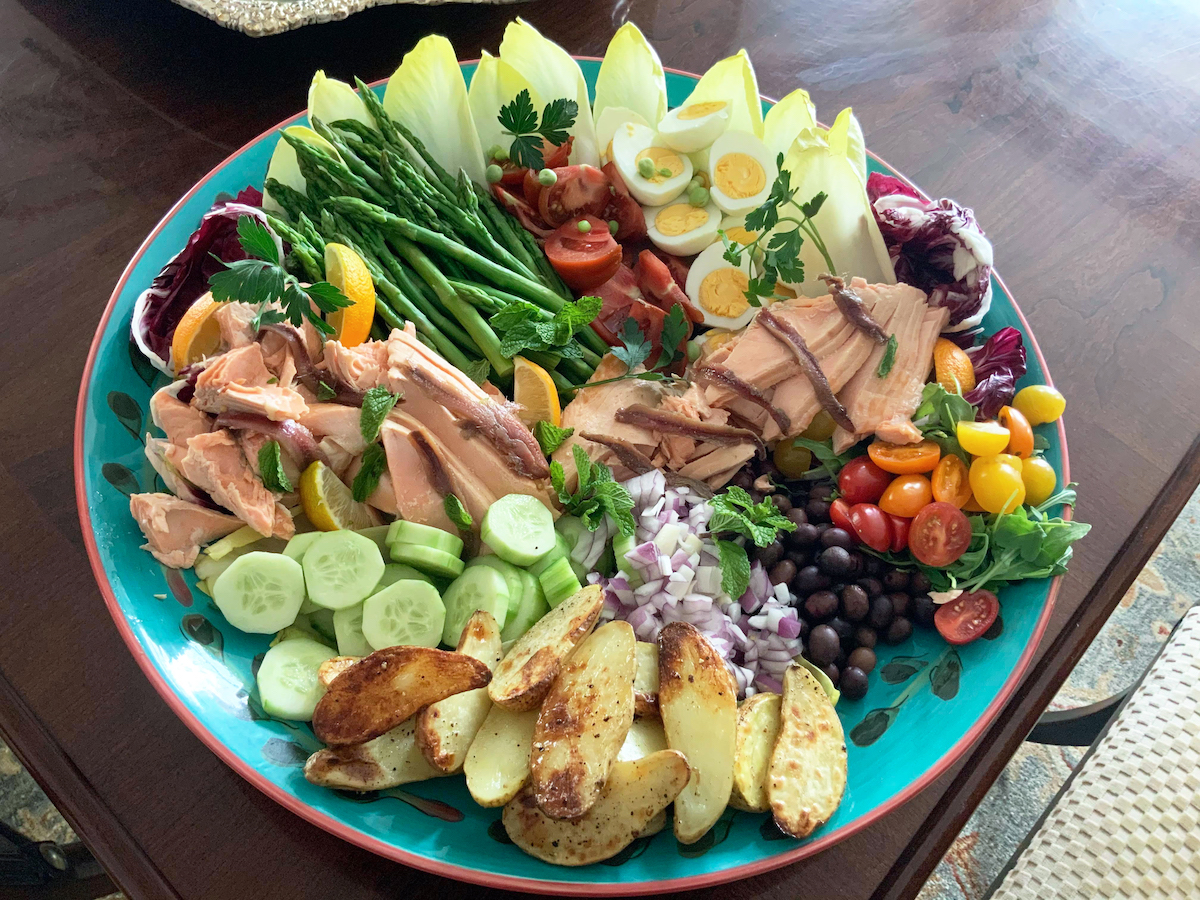 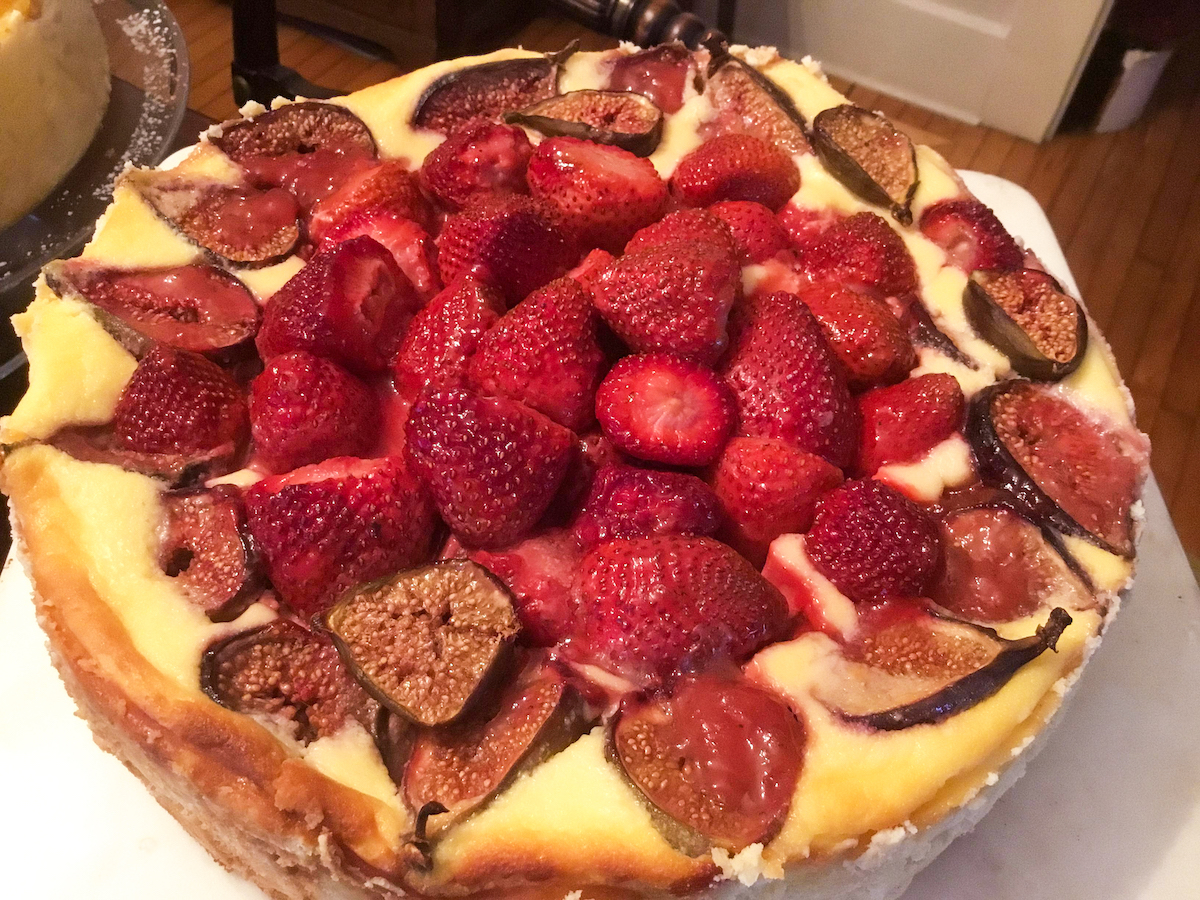 (Photo: Marjorie Druker)
Never miss the best stories and events! Get JewishBoston This Week.
Filed Under: 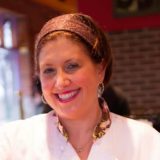 Marjorie Druker
Chef Marjorie Druker is the founder and executive chef of New England Soup Factory & Modern Rotisserie in Newton. Marjorie is an alumna of Johnson & Wales University in Providence, Rhode Island. She began her career at 17 working alongside talented chefs and caterers. Marjorie was the original chef and created the recipes for Boston Chicken/Now Market. In 2007, she co-authored a best-selling cookbook based on the creations of her restaurant. It made the Publishers Weekly bestseller list and starred review. Marjorie and her husband, Paul, and daughter, Emily, work together each day. A Zionist at heart, Marjorie is devoted to Jewish living, cooking and celebrating Jewish life.