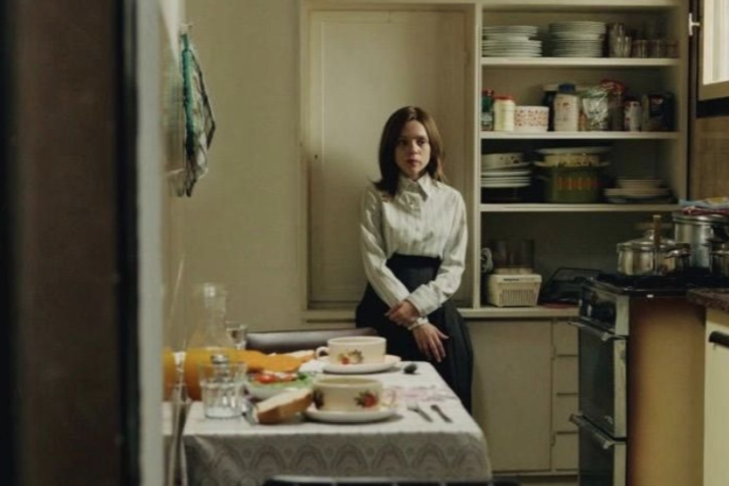 Conservative Christian opponents to abortion are among the loudest voices in the debate. The most extreme positions often don’t even allow exceptions for rape or the mother’s health. It is easy to assume that other extremely observant religious groups would take a similar stance.

In the U.S., Christianity is the dominant religion; this is the template we use when we imagine what strict religious observance looks like. Especially since Christians often refer to the Bible as a source for anti-abortion stances (even though it does not overtly address the subject), Americans might expect that Haredi Jews, who are deeply rooted in text, oppose abortion with the same vigor as conservative Christians—especially as the Haredi community leans increasingly right-wing on other political issues.

The new season of “Shtisel” is ready to disabuse viewers of that idea. Abortion, surrogacy and touchy issues of co-parenting and remarriage shape the series, but it’s the abortion storyline that is most likely to shock viewers. The show flips the expected narrative, presenting an accurate depiction of how Haredi Judaism can not only excuse but even actively support abortion. Instead of leaning into shock value, it deals fairly with all the nuances of the issue in Jewish observance, and arrives at some surprising conclusions.

Ruchami, played by Shira Haas, was a teenager when we saw her last; she had suddenly eloped with a young, devout yeshiva boy named Hanina. As the third season opens, they’ve been married for five years. They’re still sweetly devoted to each other, and to Torah, but they’re struggling with a major hurdle: children.

First, we see Ruchami going to the doctor, asking to get her IUD—an implanted form of birth control—removed. Later, we discover that Ruchami has a condition that makes pregnancy and childbirth dangerous. Already, “Shtisel” has knocked down assumptions—a Haredi woman with an IUD? Then, in the seventh episode, we learn that Ruchami has been pregnant before, and that she terminated the pregnancy.

Christian pro-life groups make the Bible sound clear-cut in its opposition to abortion. Yet in “Shtisel,” the religious law mandates the opposite. Abortion, for Ruchami, was not only justified but required because of the danger her pregnancy posed to her. When she is in the hospital with her first pregnancy, Ruchami is willing to risk her life to carry her pregnancy to term, but the rabbi says there is no choice. “The Torah rules say the mother’s life cannot be at risk,” he declares.

Rabbanit Nechama Goldman Barash, who teaches about halakha and Talmud at the Pardes Institute of Jewish Studies and the Matan Women’s Institute for Torah Studies in Jerusalem, says the show accurately depicts the relevant Jewish law. “If the mother’s life is in danger, you choose the mother,” she explained. “Rambam [a renowned Jewish commentator] even gives a very gruesome description that you ‘rip the baby out limb by limb’ if you have to.’’ The baby only assumes equal status to the mother once its head is out of the mother’s body.

In fact, Ruchami’s well-being is so important that it is used as justification for the couple to seek a surrogate, which the show presents as otherwise religiously forbidden. Hanina worries her desire for a child will put her at risk. Even if the harm is self-inflicted, it counts—mental health is a valid reason for exception. (Goldman Barash says this depiction is less accurate, and surrogacy is a complex but halachically viable option.)

However, when Ruchami gets pregnant a second time, having eventually turned away from the option of surrogacy, the question of abortion arises again. This time, the rabbi refuses to rule on the issue, a common response by rabbis asked to rule on something so personal and open to interpretation; he leaves the choice in Hanina’s hands. Judaism is a religion of multiple perspectives, with whole debates enshrined in the Talmud. The rabbi trusts Hanina to draw his own conclusions about what is right under their own religious understanding, and they decide to move forward with the pregnancy, even though Ruchami expects to die.

Ruchami’s choice to keep the pregnancy is actually the contentious one. “It is against the law. The law is her life takes precedence. Her response is going to be basically putting it in God’s court,” Goldman Barash said, explaining that the choice is a spiritual one of trust in the power of prayer to change God’s decree. Children are so central to the Haredi world and to some women’s sense of fulfillment that they may risk their lives to bear a child, Goldman Barash said. Yet according to the most straightforward reading of Jewish law, continuing with a dangerous pregnancy is the more controversial choice.

This is not the first time that “Shtisel” has taken on abortion. Giti, Ruchami’s mother, considers terminating a pregnancy in the first season of the show—her husband had abandoned their family, and she was not sure she could handle another child, even after he returned. Here, Goldman Barash says, there is more complexity, because the potential harm is emotional and psychological. Yet there is still space to justify an abortion on these more intangible understandings of harm and wellness.

Of course, society is different from religion; Orthodox women who abort even with approval are afraid of ostracization and often hide or lie about their choice. Even when Hanina and Ruchami are sure that their surrogacy can be religiously approved, they decide to hide it. Ruchami wears progressively larger false bellies to pretend she is pregnant so no one will know. “Shtisel” does not pretend there is widespread support and acceptance for abortion or surrogacy in the Haredi world, nor that it is an easy choice.

The Haredi community provokes strong reactions, including righteous anger about women’s rights or freedom. Abortion does the same. Yet, remarkably, “Shtisel” still manages to pull off complex, subtle exploration of both, simultaneously, portraying a complex community and an equally complex issue in a way that feels honest and human. Even with all the divisive topics at hand, the show thwarts its viewers’ expectations not with shock factor, but with a deeply human, deeply ambiguous approach.

It’s a tactic most Americans, Jewish or Christian, could learn something from.

Mira Fox is a reporter at The Forward.