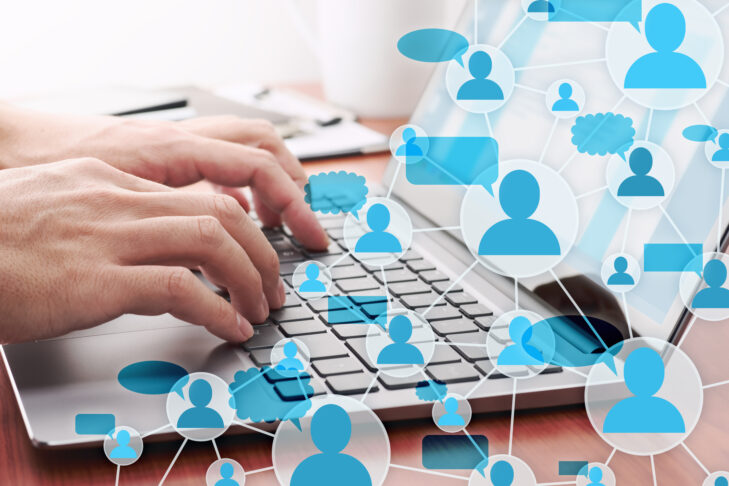 When it comes to antisemitism, the internet is full of inaccurate and dangerous misinformation. It can be hard to find trusted voices and resources, so we compiled this list of Twitter accounts that are sharing news, context and a diversity of thoughtful perspectives on rising antisemitism in America and around the world.

Are there any you would add? Let us know in the comments.

via @NYTimes Honored to have delivered a paper at conference commemorating Wannsee Conference. Wannsee = blueprint for genocide. Desk Murderers. My paper was on the Language of Camouflage and Obfuscation: Berlin 1942, London 2000, Charlottesville 2017. https://t.co/HW9Lq6DfCW

I wrote about the Texas synagogue attack and why so many people still don’t understand antisemitism—and the consequences this ignorance has for our entire society: https://t.co/rx3CFDNmi9

The 2019 arson attacks against several Jewish institutions around Boston have, after ⁦@FBIBoston⁩ ⁦@DMAnews1⁩ investigation, been revealed to be perpetrated by a #Nazi from Quincy. His brother was arrested yesterday in Sweden. #antisemitism https://t.co/nSnXVgs1bz

Jewish Community Relations Council of Greater Boston (JCRC), a coalition of organizations and individuals that represents and advances the values, interests and priorities of the organized Jewish community in Greater Boston:

We welcome this proclamation and thank @MAGovernor @MassLtGov & @SecretaryOfMass for endorsing the #IHRA Working Definition of #Antisemitism. We are grateful to our Commonwealth’s political leadership for their consistent partnership in challenging times.#mapoli https://t.co/m2vdWrlObk

The Neo-Nazis next door: NSC is a Neo-Nazi group that uses propaganda and hostile demonstrations to disrupt and spread #antisemitic messages throughout #NewEngland. Learn more with our backgrounder: https://t.co/BJrGyAJjoG https://t.co/yB4wQpJkbf

Gathering in front of a Jewish legislator’s house and calling for him to “Stand For The Flag, Kneel For The Cross” is an act of intimidation and #antisemitism. Additionally, comparisons between vaccine mandates and the Nazi regime are grossly inaccurate. https://t.co/8XmTIgh1i1

As I start my new role at ADL, I will seek to partner with people and groups across the spectrum, and will never apologize for fighting antisemitism, for battling racism and for working to create a more inclusive Jewish community /1

The term “Jew Down” refers to the stereotype of Jews being fixated on money.

Elected officials must recognize the power of their words and the harm they can cause, especially given rising antisemitism.

We urge Rep. Thomas and Sen. Girdler to further educate themselves. https://t.co/5mbP1LEVt1

Watch @Baddiel‘s brilliant documentary on Holocaust Denial and Facebook’s role in amplifying this dangerous lie. Those who deny the Holocaust aim to encourage another one. pic.twitter.com/EGvs32nJaU

Facing History & Ourselves, which uses lessons of history to challenge teachers and their students to stand up to bigotry and hate:

Antisemitism makes people feel alone and unheard… It’s time to stand up and outshine hate. Share this video as a reminder that we all must take action and #ShineALight on antisemitism in order to end it. pic.twitter.com/qAU53rEegy

Together Beat Hate [tbh], which centers on a belief that an effective way to overcome antisemitism is to build bridges between people and communities through direct engagement and compassionate, impactful education:

In response to antisemitic flyers circulating the neighborhood, residents of Sarasota, FL launched a “United Against Hate” campaign to demonstrate that these types of acts would not be tolerated. https://t.co/7s1omXKcgq

#Antisemitism is not a #mentalillness– it is a religious and ethnic prejudice, often with violent ideological animus toward one particular group of people: https://t.co/sSZhcaHM19

We must reject the efforts of those who deliberately distort history to promote their contemporary political agendas. We must also condemn attempts to rehabilitate long-dead antisemites and vicious nationalists as heroes to new generations.

America’s leading white supremacists went on trial in Charlottesville last month. I went to watch and listen. Here’s my take on what happened, and why it matters. https://t.co/29tOUene3P

Before invading, Putin spoke of “the denazification” of #Ukraine (a country with a Jewish president).

Today, the Russian Foreign Ministry said it aims to “bring the current puppet regime to justice.”

And still Zelensky stands his ground. History will remember his leadership. pic.twitter.com/aIaBNSshmk