Let us know in the comments what you plan to add to your list!

“The Netanyahus: An Account of a Minor and Ultimately Even Negligible Episode in the History of a Very Famous Family” by Joshua Cohen

“The Netanyahus” is this year’s Pulitzer Prize winner in fiction. Joshua Cohen has written a brilliant, multi-layered novel imagining Benzion Netanyahu—Benjamin’s father—and his time as a professor of history. Cohen sets the novel in a fictitious stand-in for Cornell University, where Netanyahu once taught. The story is narrated by Ruben Blum, a professor specializing in taxation in early American history and the only Jew, student or professor, affiliated with the college. As the lone Jew, the oblivious chairman of the department asks him to sit on Netanyahu’s hiring committee (no matter that Netanyahu’s field of study is the Spanish Inquisition). Investigating Netanyahu’s CV, Blum is troubled to discover that Netanyahu considers suffering and oppression a distinctly Jewish birthright.

In addition to being a master of prose, Cohen is a philosopher and sociologist par excellence of the mid-century American Jewish experience. His pitch-perfect portrayal of Ruben, an erstwhile cheder kid from the Bronx, is a keen example. With “The Netanyahus,” Cohen takes his place among the American Jewish literati of Pulitzer Prize winners, including Philip Roth, Bernard Malamud and Saul Bellow.

Aviva Rosner and her husband, Sam, desperately want to have a baby. Aviva is a successful folk-rock singer and songwriter, and Sam is a high school history teacher whose job has brought the couple to Albany, New York. Elisa Albert cleverly syncs up her fifth novel’s tempo with Aviva’s menstrual cycle, which Aviva bluntly calls “the bleeds.” Albert’s portrayal of Aviva also channels the late Jewish rocker Amy Winehouse. The book’s title comes from Winehouse’s one-time album of the same name. The novel’s book jacket conjures Winehouse with her black bouffant hair, Star of David and the moon’s phases, alluding to monthly cycles.

Albert aims to destigmatize women’s bodies in all their permutations. To that end, she has an essay in a forthcoming anthology that explores Jewish laws of purity, including an ironclad rule that women must separate themselves from others during their periods. Albert contends that the law is misunderstood. In a recent interview she gave to the Los Angeles Times, she laid out the challenge she set for herself to explain the mandate that women must live separately during menstruation: “[It is not] about deeming women unclean, … it’s more about an enlightened view of humans who cycle and bear children, about seeing their innate holiness.”

“The Summer Place” by Jennifer Weiner

Summer heralds a new Jennifer Weiner novel, for which she always delivers a page-turner with depth and complexity. While “The Summer Place” is a quick read, it’s also a memorable one that hints at the pandemic blues that have touched all of us. Although the book does not address the pandemic directly, it depicts changes in the greater world and the personal time people have spent alone yet together with their families.

Veronica “Ronnie” Levy feels more alone than ever in her house on the Outer Cape since her husband died. Ronnie’s daughter, Sarah, son, Sam, and Sarah’s stepdaughter, Ruby, have their own entanglements to unknot and pay little attention to Ronnie. But good news seems to come Ronnie’s way when Ruby gets engaged. Ruby and her new fiancée had been living with her father, Eli, and Sarah and their two sons during lockdown. And Ronnie is thrilled to be hosting the wedding on the Cape. But soon enough, plans are disrupted as secrets and long-ago decisions come back to haunt these characters. The book is vintage Weiner and will undoubtedly be another satisfying beach read for her legions of fans.

“The Man Who Sold Air in the Holy Land: Stories” by Omer Friedlander 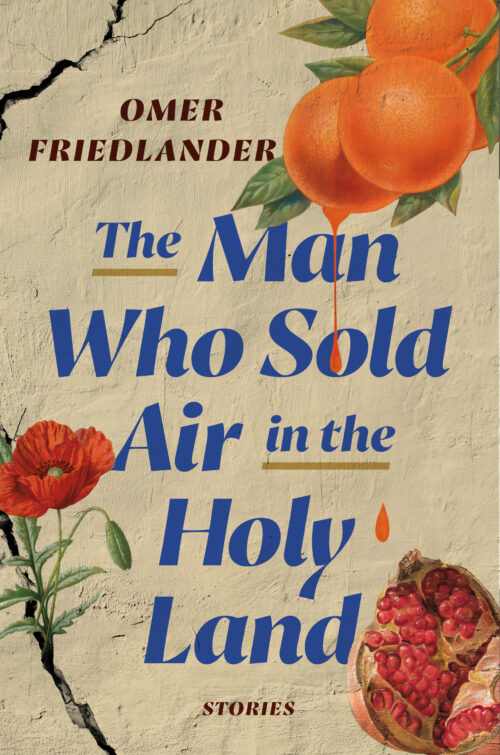 Omer Friedlander’s lyrical collection of short stories opens a window into Israeli life and its cultural quirks. In “Checkpoint,” an Israeli mother regrets that her son “was killed in a war I don’t believe in, fighting for a government I hate.” She takes it upon herself to monitor checkpoints between Israel and the territories. The story is not so much political as one that captures a mother’s grief on the page. “The Sephardi Survivor” subtly addresses the schism between the country’s Sephardim and Ashkenazi factions as two brothers try to fit in at their school. The boys are jealous of classmates whose families are connected to the Holocaust. They recruit an old man to pose as their Holocaust survivor grandfather for the school’s Yom HaShoah commemoration. “Jaffa Oranges” tells the story of a Jewish man’s guilt over abandoning his Palestinian friend. And the title story depicts the tenuous relationship between a father and daughter who bottle “holy air” to sell to tourists. These stories triumph for their finely tuned character portrayals and evocation of the complexities of life in Israel. 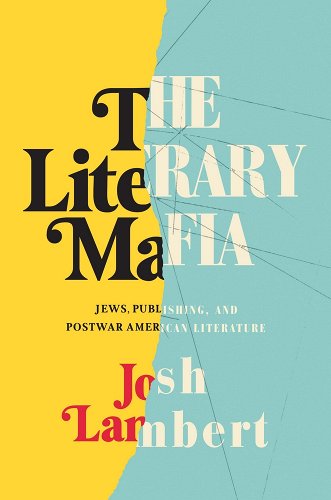 “The Literary Mafia” is yet another triumph for Josh Lambert, whose scholarship is as fascinating as it is accessible. Lambert directs the Jewish studies program at Wellesley College and is the Sophia Moses Robison Associate Professor of Jewish Studies and English there. He takes on the notion that there was a “Jewish literary mafia” in place in publishing at the beginning of the 20th century. He points out that Jews gained a foothold in publishing in 1912 when Doubleday hired Alfred Knopf. Knopf then went on to found his eponymous, iconic publishing house. From there, Lambert investigates other influential Jews in American publishing and how their tastes and biases changed the course of American literature. He brilliantly guides the reader through the tangled politics of publishing, including the misogyny, the importance of “blurbs” in marketing a book and what books made it over the transom to the reading public. “The Literary Mafia” is a unique entry in the history and sociology of the American Jewish role in shaping American classics. Book lovers are sure to find much to satisfy them in these pages.

Kathryn Schulz is a Pulitzer Prize winner for her magazine writing in The New Yorker. Her memoir, which first appeared as an article in the magazine, is a tribute to grief and love. After a long illness, Schulz’s father, Isaac, died relatively young, when she was in her 40s. Shortly before her father’s death, Schulz met the woman, a fellow New Yorker writer, who would become her wife. It’s not unusual to experience life’s emotional extremes in the aftermath of a parent’s death and the throes of a new love affair. What distinguishes “Lost & Found” is Schulz’s extraordinary synthesis of the two, which gives meaning to seemingly ordinary life.

The book is told in three sections, “Lost,” “Found” and “And.” In “Lost,” Schulz excavates the elusive truth of why and how love can hurt us. In “Found,” Schulz is cognizant of rapturously going on about the love she has found with her new wife. The section brings classical and philosophical references, as Schulz calls in the likes of Socrates, Dante and William James to illuminate how we recover from grief and ultimately love again.  James comes back in the “And” section to help Schulz synthesize the two previous sections she purposely connects with an ampersand. The section invokes the spirit of James’s “The Principles of Psychology,” where he wrote, “We ought to say a feeling of and…quite as readily as we say a feeling of blue or a feeling of cold.” For Schulz, that is the very essence of how “and” as an ampersand works in our lives. It evokes simultaneity, juxtaposition and continuity all at once. It’s also a vivid evocation of how Schulz grew as she grieved and loved simultaneously.

“Child: A Memoir” by Judy Goldman 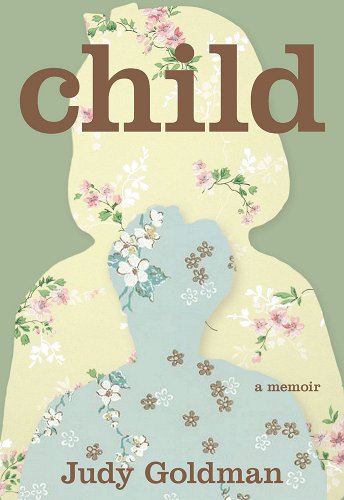 Mattie Culp came into Judy Goldman’s life in 1944 when she was 3. Culp was the Black woman who brought Judy up, and Judy loved her like a mother. In “Child,” Goldman not only recalls her deep attachment to Culp, but bravely explores if Mattie’s love could even be reciprocal under the circumstances. As Mattie took care of Judy and served the Kurtz family as their live-in maid, she left her child to be raised by others in her family.

It was commonplace in the mid-century South to see Black women sacrifice their families to keep house for white people and bring up their children. Likewise, we see the Jewish Kurtzes flaunting some of the rules of the Jim Crow South by including Mattie in their holiday celebrations, allowing her to share a bedroom with Judy and use the family bathroom. Yet equity in the relationship remains elusive. Goldman has written a lyrical, compact memoir investigating familial love and how it developed even in an inherently imbalanced relationship.