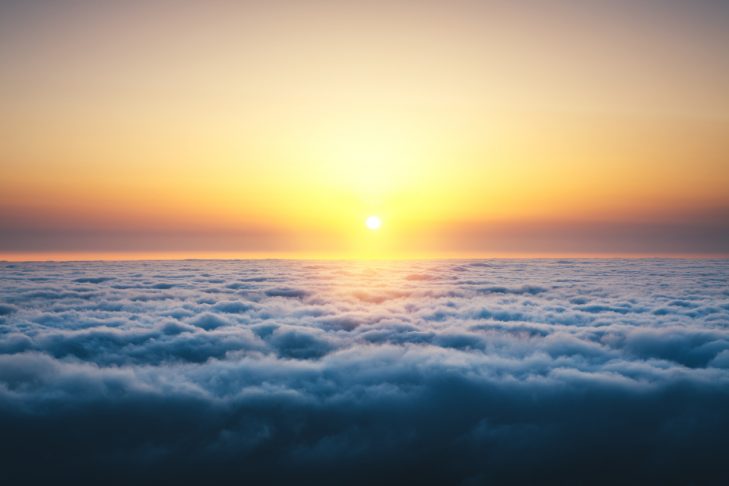 Saturday night, the sun set early, bringing an end to Shabbat and a reminder that we’ve reached the darker portion of the year. And while my kids turned to their Zoom screens to spend the evening playing with their friends, I did something I rarely do. I turned on live television and watched the speeches given by Vice President-Elect Kamala Harris and President-Elect Joe Biden.

It was a historic moment; historic as a transition in leadership, historic because it comes in the midst of a global crisis, historic because it brings so many “firsts” to the office of vice president, inspiring women, people of color, children of immigrants and others often marginalized in our society with hope of growing representation in the highest ranks of our government. We’ll also have our first Jewish second gentleman.

As I watched, I was inspired by Kamala’s confidence and by her words of gratitude to the people who voted and organized, to civil rights hero John Lewis and especially to her own mother, who taught her to “believe in an America where a moment like this is possible.” I was relieved to hear both Harris and Biden speak of rebuilding with decency, justice, compassion and partnership. Biden spoke of partnership between political rivals as well as those who agree, and between factions even within his own party. He emphasized partnerships with two women, Kamala Harris, and his wife, Jill, whom he praised highly and whose experience as an educator he noted we are lucky to have in the White House. In his call for partnership, Biden also quoted from Kohelet, Ecclesiastes, “a time to build, a time to reap, a time to sow. And a time to heal. This is the time to heal in America.”

Turning to this week’s Torah reading, Parshat Chayei Sarah, we find so many of the same concerns that have been on our minds these past few weeks: the feelings of uncertainty that come with a transition in leadership, the need for partnership, managing the emotions of loss and marshaling the strength and character necessary for rebuilding. In this parsha, women as leaders are central and the transition of leadership is from one strong woman to the next. Chayei Sarah, the only parsha named for a woman, begins, rather abruptly, with the announcement of Sarah’s death. She is the only woman in the Torah whose age at the time of her death is recorded, and the midrash has a lot to say about it, pointing to her positive qualities and her righteousness. But the midrash also ascribes the abrupt beginning of this parsha to a connection with two important events that come just before.

Leading into this parsha, the Torah announces the birth of Rebecca who, this week, will become the next matriarch. The midrash, riffing on “the sun rises and the sun sets (Kohelet 1:5),” says that as the light of one great person leaves the world, another’s light begins to shine. As one example, Rebecca is born as Sarah dies, bringing her own light to illuminate the darkness left by her predecessor. Rebecca, like Sarah, will play a unique and critical role in passing on the legacy of the budding nation. Each has her own relationship with God and has access to wisdom that her husband lacks. Rebecca, one could argue, is, in fact, the more active, more influential, of her matriarch-patriarch pair with Isaac. Sarah’s death signals the transition from one generation to the next and is tempered by the knowledge that Rebecca is here, preparing to step up.

Recently, it seems we are constantly aware of loss. From the losses of powerful voices in our country and our world, like Ruth Bader Ginsburg, John Lewis and this week, Rabbi Jonathan Sacks and Alex Trebek, to the losses felt deeply within specific communities, to the rising statistics of lives lost, to loss of livelihood, connections, routines and expectation of daily life, the sense of loss surrounds us, threatening to overwhelm us. In the words of Kohelet, and the example of Chayei Sarah, perhaps we can find some hope that though we don’t know exactly where it is yet, new light is coming into the world to illuminate the darkness left in the wake of all the loss. Reading this in the context of this week, I can’t help but hope that Kamala Harris’s now brightly shining voice for equal representation will fill some of the void left by RBG.

The other link, drawn in the midrash, between the end of the last parsha and the beginning of this one, is the connection between Abraham’s nearly sacrificing Isaac, and Sarah’s death. After the akedah, the almost-sacrifice, Abraham descends the mountain and goes to Be’er Sheva. The next thing we know Sarah dies, in Kiryat-Arba (Hebron), and the midrash explains that she dies as a direct result of the news of this terrifying family moment. In different versions, the news comes either from the Satan or from Isaac himself, and she dies either knowing the truth, believing Isaac has been killed, or from the shock of learning that he is, in fact, alive after all. While Abraham and Sarah’s relationship was never depicted as perfect, it was, from the beginning a partnership in the new venture of founding a nation uniquely in relationship with God. In this moment, Abraham not only leaves Sarah out of the decision-making, but leaves her entirely in the dark, taking their son and leaving early in the morning without a word. We can’t know how things would have been different had he confided in her and maintained the partnership. We only know that communication breaks down and Sarah’s light is gone from the world, bringing the era of Sarah and Abraham’s leadership to an end and leaving the world waiting for Rebecca to grow up and step up.

In this moment, with a pandemic raging, the election mostly decided but not fully resolved, the sun setting too early and all of the stress we feel as a result of these things and more, we are deeply feeling the losses, the breakdown of communication and the uncertainty of the rapidly changing landscape of our lives. Let’s also make room, this week, to hope and work to build partnerships like those exemplified by Sarah and Abraham. And let’s remember that though the sun sets on the people and things we have depended upon, the sun rises as new voices, new light and new possibilities are born. 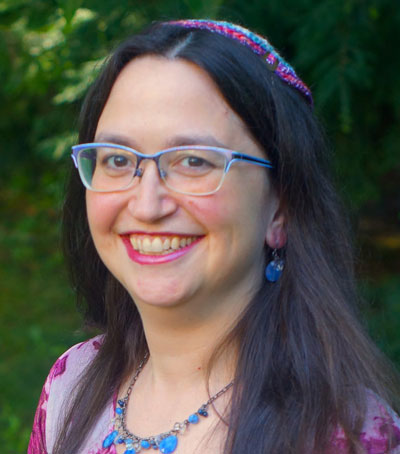 Rabbi Shira Shazeer is the school rabbi at Metrowest Jewish Day School in Framingham, where she coordinates and teaches in the Judaic studies program and teaches music. She studied in the Scholars’ Circle at Drisha Institute for Jewish Education and received her rabbinic ordination from the Rabbinical School of Hebrew College in 2010. She is currently pursuing an additional master’s degree in Jewish studies with a specialization in special education as a Legacy Heritage Fellow at Hebrew College.