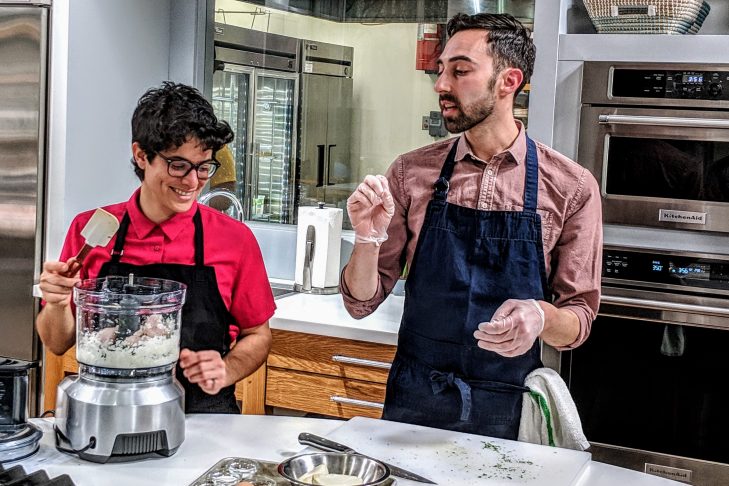 “The average supermarket’s kosher food aisle is where Jewish cuisine goes to die. And jarred gefilte fish is probably the worst example of it.”
—Jeffrey Yoskowitz in “The Gefilte Manifesto”

Poor, pitiful gefilte fish in a cloudy jar. Those salty, rounded cakes of mystery ground fish meat, glistening with mucous-like globules of “jelled broth,” are perhaps the most-maligned food product in 5,000 years of Jewish history. The Passover seder divides the Tribe into three (or more) camps—the “I eat it because my family always has” people, the “That’s not food, keep it away from me” sorts and, of course, the “I’ll try it once, but film it for my Instagram feed” types.

I hear you. Gefilte fish is…different. When people heard I was going to an entire two-hour class devoted to making the dish, reactions ranged from pity and confusion to serious concern for my safety.

“Dan, I haven’t heard from you yet. Are you OK?” one colleague asked on the Monday morning after, because I hadn’t been seen on the floor for a few hours.

Imagine a “master class” on a food some people wouldn’t even classify as food. But I’m here to tell you there’s more to gefilte fish than a sorry-looking fishy salt bomb from a jar. Like many ethnic foods, it has a story, and from the live carp in the tenement tub to the jar on the Stop & Shop shelf, gefilte has gone through a transformation spurred by technology, convenience, observance and customer tastes (or, some might say, lack thereof).

Yes, I’m fine. In fact, I’m better than fine. I had a revelation at the gefilte master class—gefilte fish is important. It’s my cultural identity, the story of my Polish shtetl-dwelling ancestors and, when prepared correctly, it can be a Passover food you’ll not only grudgingly put on your plate, you’ll eat. Maybe you’ll even ask for seconds. 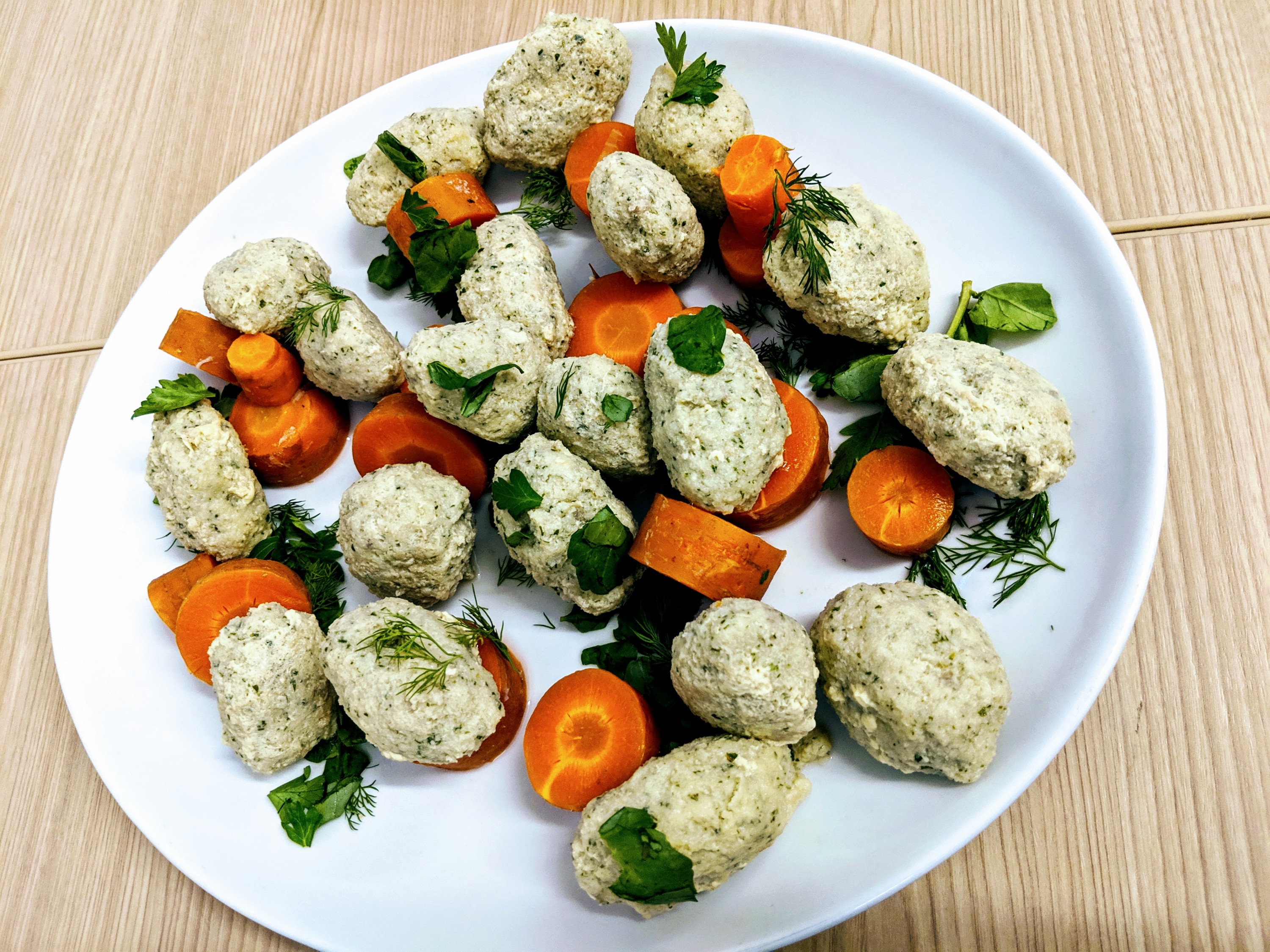 “Ashkenazi cuisine is down-to-earth peasant cuisine,” said Liz Alpern, our co-instructor for the day and co-author of “The Gefilte Manifesto: New Recipes for Old World Jewish Foods,” a book she wrote with Jeffrey Yoskowitz, the other half of the teaching duo. “We’re not doing fancy sauces today. We’re doing shtetl food.”

According to Alpern and Yoskowitz, there might not be a better symbol of the shtetl than gefilte fish. “Gefilte,” Yiddish for “stuffed,” is essentially whatever white-fleshed fish is available, ground and mixed with added ingredients, such as  herbs, onion, eggs, sugar and salt. (The gluten-free version in “The Gefilte Manifesto” contains only fish, onion, herbs, oil, eggs and spices.)

The more money you had, the greater the ratio of fish to stuffing. Yet life in the shtetl, even for the well-to-do, was never easy. Meat was hard to find; fresh fish even more so. For the most important food holiday of the year—Passover—whatever fish you had needed to go a long way.

“Gefilte fish is inspiring. It’s crafty. You have to stretch one fish so far,” Alpern said. “When you don’t have means, you become resourceful. It’s very inspiring. By making it, we connect to our past. How can we take something small and make it bigger? How can we make it feed more people?”

That’s less of a challenge here in the Boston area. We are blessed with a wide variety of fresh fish that can be used to make gefilte fish for your seder.

There are some misconceptions about homemade gefilte fish, Yoskowitz said. First, that it’s time-consuming to make, or that you must follow a time-honored recipe handed down from your bubbe’s bubbe that involves procuring your own fish heads and bones for stock and, yes, a live fish in a tub killing time until its first and only meeting with a baseball bat as Passover approaches.

Put those fears aside. A delicious terrine requires little more than 12 ounces of white fish, a few tablespoons of fresh herbs, spinach or watercress—if you’re feeling fancy—a food processor and pretty much things you already have. 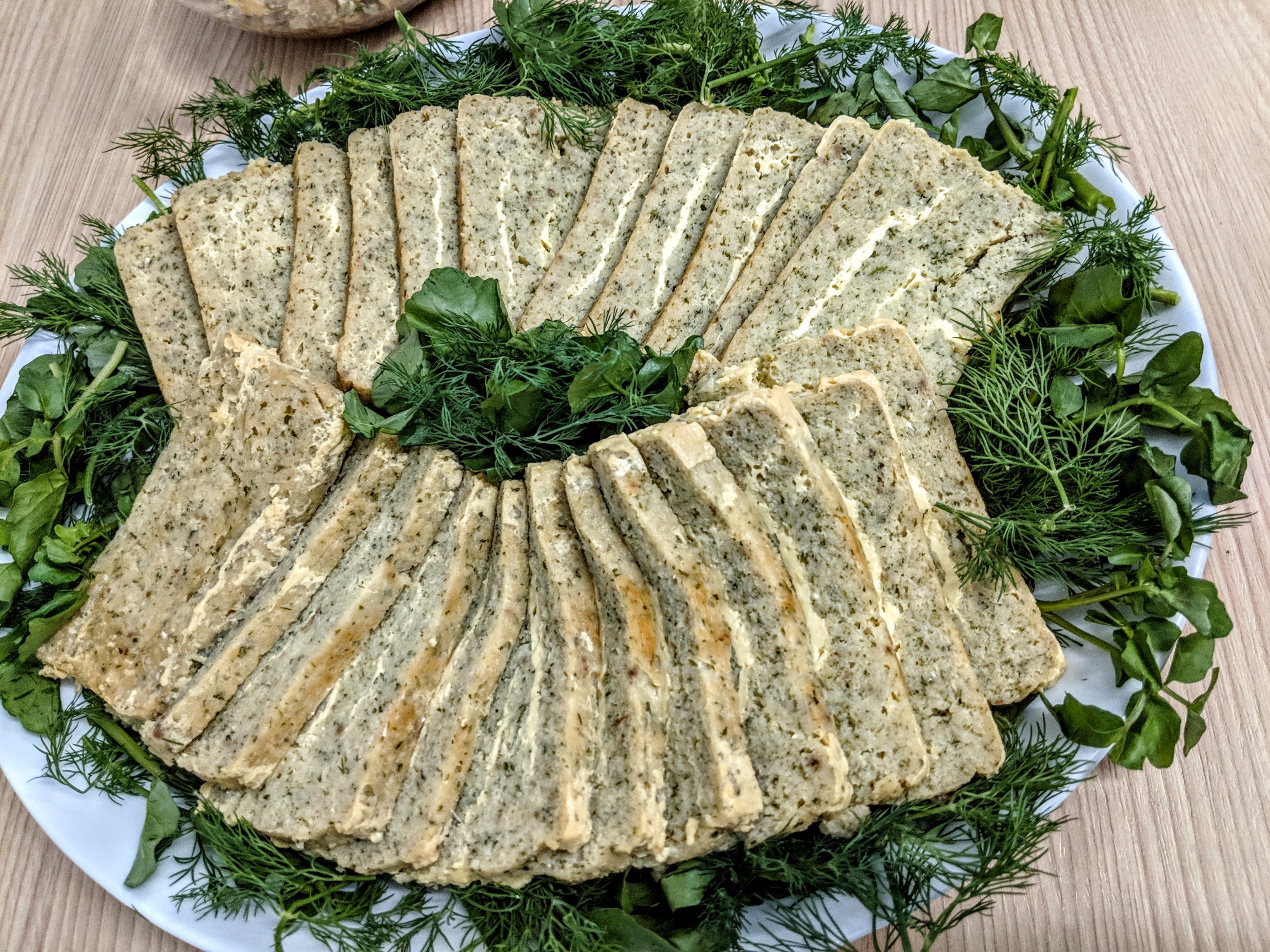 For our master class, Alpern and Yoskowitz found a local fishmonger with pollack caught that morning. The filet was cubed, combined with gluten-free fillers and processed into a pâté-like consistency, then put in a parchment-lined bread pan and baked for less than an hour.

Of course, everything looks easy when you have two professional chefs operating on spotless counters under the brilliant lights of Christopher Kimball’s Milk Street Cooking School. Real life intervenes, but luckily this gefilte terrine is made for real life. Because of its low water content, it takes well to freezing, so you can prepare it weeks in advance.

What’s gefilte fish without horseradish? Sacrilegious, I’d say, and Yoskowitz and Alpern would agree. Homemade horseradish, made before our (watering) eyes, used fresh roots and lemon juice, with just the right amount of heat—and color—to properly top our gefilte fish. And then, of course, a little carrot, which Yoskowitz affectionately calls “the kippa for the fish.”

When it was done, the group gathered to eat. The flavor was subtle and the texture soft without the spongy bounce of jarred gefilte fish. It was, in fact, delicious. One participant, who had called the supermarket version “brains in a jar,” had seconds.

If you want the good stuff but don’t have time to make it, try The Gefilteria’s frozen artisanal version with whitefish, pike, steelhead trout and salmon, available for purchase at The Butcherie and Mamaleh’s.

I’ll pass—I’m ready to knock my gefilte fish out of the park at the seder this year. The first thing I did when I got back from the class was what every Jewish boy would in the 21st century: texted my mother.

Find the recipe for The Gefilteria’s herbed gefilte fish here.