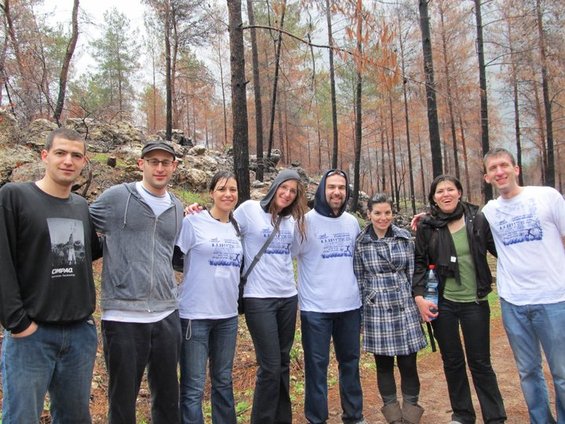 As improbable as that sounds, that was the scene two weeks ago in the Carmel Forest. As part of a Volunteer Day organized by the Boston-Haifa Connection Young Leaders in Haifa, a group of us from Boston joined the Haifaiim and headed into the forest to help clear away brush for replanting and natural regeneration. With heavy rains in the forecast, the JNF personnel on site deemed our planned volunteering activities too dangerous given the slopes would be slippery and muddy. So instead, our guides took us on a hike down the same slippery slopes.

It doesn’t make any more sense now than it did then, but it was our first chance to survey the damage from the deadly wildfire that burned through a significant part of the forest in December, and so off we went.

Within three minutes, the drizzle turned into steady rain into a downpour into just about a monsoon. On we went into the forest and we could see in the distance trees blackened from the heat. Just as we emerged into an open area with some wider trails, the rain became hail and we searched for some shelter. Instinctively, we moved under the biggest tree around, and only once it was providing some cover, we looked up and noticed that this tree had been in the direct path of the wildfire, and that yes, even its bare branches whose leaves will never return provided us that refuge. 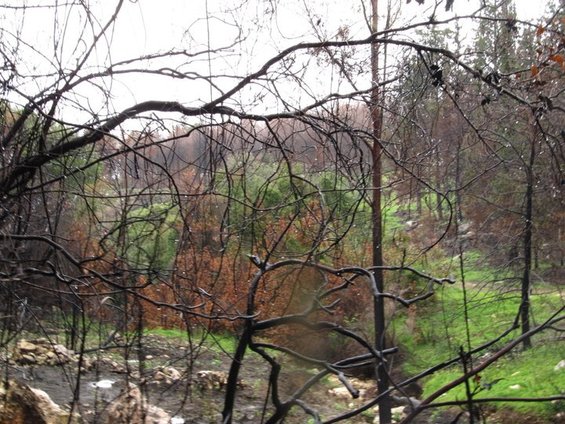 The most horrifying consequence of the fire was the loss of life – 43 people died in its path. Another of the many reasons the fire was so painful is the connection Israelis have to the Land of Israel. While some revere its holiness as the land God promised to Avraham, Yitzhak and Ya’acov, others simply treasure its beauty. Israelis love to hike, they love to enjoy the beautiful nature reserves and parks that can be found all across this country. They picnic and barbeque with their families, go on hikes with friends and the most ambitious hike the Israel Trail, stretching from Tel Dan on the Lebanese border all the way down the length of the country south to Eilat. 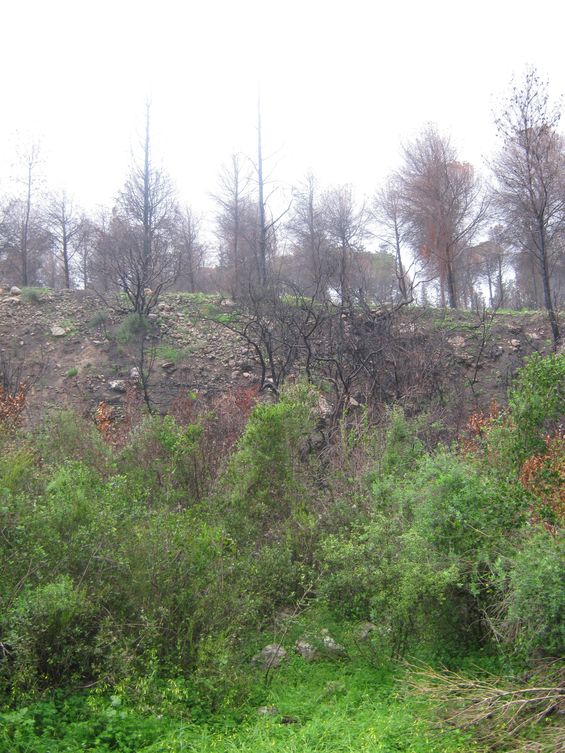 We couldn’t have been any more soaked when we arrived back at our bus, but definitely better for the experience. During the meeting of the joint Boston-Haifa Connection Steering Committee, we visited a number of the communities affected most by the wildfires, such as Kibbutz Bet Oren, Yemin Orde, and Ein Hod, and we visited them with our friends from Haifa. Precisely because of our strong ties to Haifa, the community here in Boston rallied together to support Haifa both financially and emotionally in the days and weeks following the devastation. And while the fire has been extinguished for over three months now, it’s clear that groups coming to Israel from Boston are making it a point to come to the Carmel and volunteer to help restore its beauty any way they can.