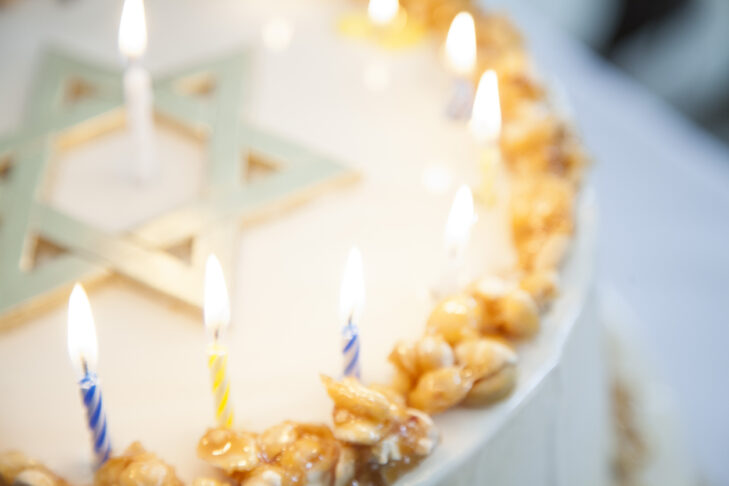 On March 18, 1922, 12-year-old Judith Kaplan became the first American girl to have a bat mitzvah. What has now become a routine ceremony sparked a feminist and gender revolution led by young adolescent girls. Judith Kaplan was the oldest of Rabbi Mordechai Kaplan’s four daughters. Rabbi Kaplan was a prominent teacher at the Jewish Theological Seminary, the founder of Reconstructionist Judaism and the leader of its flagship synagogue in New York City, the Society for the Advancement of Judaism, now called SAJ: Judaism That Stands For All. Judith became a bat mitzvah at the synagogue 100 years ago.

The Jewish Women’s Archive (JWA), headquartered in Brookline, has joined forces with SAJ to support and promote “Bat Mitzvah at 100,” to be celebrated March 18-19, 2022. Judith Rosenbaum, CEO of JWA, recently spoke to JewishBoston about the significance of this special anniversary and JWA’s participation in the event. “From a JWA perspective, this was a natural for us,” she said. “The bat mitzvah has become a totally mainstream ceremony. But it also has the benefit of being a trans-denominational story. It’s not limited to one movement, because even ultra-Orthodox communities often have some acknowledgement to bat mitzvah.”

During this past year of planning the centennial, JWA has marshaled resources and information that include videos, blogs and five new blessings that can be used on the centennial Shabbat to honor bat mitzvah pioneers, early women leaders or adult bat mitzvah programs in each congregation. JWA has also connected with partners of all denominations, including the Union for Reform Judaism, United Synagogue of Conservative Judaism, Maharat (the first modern Orthodox yeshiva in North America to ordain women) and the Jewish Orthodox Feminist Alliance.

Rosenbaum described this centennial anniversary as a celebration. “It felt important to celebrate the bat mitzvah that way because it was a grassroots undertaking,” she said. “It went from place to place and innovated in different ways. It took hold in ways specific to different communities.” Rosenbaum pointed to the recent addition of b’mitzvahs to honor nonbinary young adults. “We have a lot of resources on our site to celebrate in whatever way these kids need and want to,” she added. 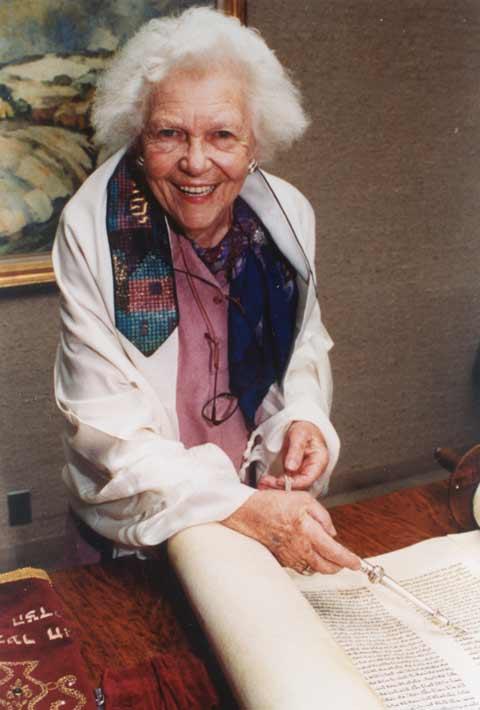 “No thunder sounded. No lightning struck,” recalled Judith Kaplan Eisenstein of her history-making 1922 bat mitzvah ceremony, the first in America. She is pictured here at her second bat mitzvah ceremony, where she was honored by a number of prominent Jewish women, including Betty Friedan and Letty Cottin Pogrebin. (Photo: The Ira and Judith Kaplan Eisenstein Reconstructionist Archives, Reconstructionist Rabbinical College)

Several Boston-area congregations will have programming highlighting the centennial anniversary. Congregants at Temple Beth Zion in Brookline are collecting pictures of past bat mitzvahs at the temple and mounted a slideshow. At Nehar Shalom Community Synagogue in Jamaica Plain and Temple Emunah in Lexington, clergy will deliver sermons about the anniversary. According to JWA, Temple Israel of Boston, Temple Israel of Natick and Congregation Dorshei Tzedek in West Newton also plan to celebrate the bat mitzvah’s centennial.

An Instagram reenactment project—@JudithKaplan1922—has ushered this very Jewish 20th-century story into the 21st century. Judith Kaplan is played by 12-year-old Dylan Tanzer, who attends day school in West Orange, New Jersey. In the videos produced by Ironbound Films, Kaplan is a thoroughly modern and informed girl who reflects on issues of her day, such as the recent passing of the 19th Amendment, the activities of the American Birth Control League (a forerunner to Planned Parenthood) and the NAACP.

Rabbi Carole Balin, a professor emerita of Jewish history at Hebrew Union College-Jewish Institute, JWA’s board chair and a historian who focuses on the bat mitzvah story, told JewishBoston that the first bat mitzvah girls “became a catalyst for wholesale gender change in the Jewish world.” Balin is writing a book about the evolution of the bat mitzvah, and says in her book that Sally Priesand, who was ordained in 1972 as America’s first woman rabbi, “had girls of 12 and 13 to thank for paving her way. These girls came out on the bimah [the raised platform from which the Torah is read] beginning in 1922 and continued through the ‘30s and ‘40s until it became much more common by the end of the 1950s. I credit that young spirit and that seeming innocuity, which had a lot of girl power behind it.”

Balin further observed that “because of those girls, adult women got on the bandwagon to become bat mitzvah. Women also began to join their synagogue and temple boards, to push for access to ritual honors and to advocate for comfort and dominion.”

Historically, those early bat mitzvah ceremonies had to evolve to be on par with the bar mitzvahs. There was no uniformity in how those bat mitzvahs were celebrated before the mid-1970s. Balin said there was “a huge amount of diversity” in what girls were allowed to do. But by the 1980s, ritual garb for girls became more common. Female rabbis such as Priesand, Sandy Sasso, ordained by the Reconstructionist movement in 1974, Amy Eilberg, ordained in 1985 at the Conservative Jewish Theological Seminary, and Maharat Rabba Sara Hurwitz, ordained in the modern Orthodox movement in 2009, were exemplars.

Rosenbaum pointed out that Judith Kaplan’s bat mitzvah eventually opened the doors to Jewish education for women. But the fight for egalitarianism was an uphill battle in those early days. “There was the sense that the bat mitzvah was the culmination of a girl’s Jewish education,” she said. “Girls were not counted in the minyan or given aliyot. For girls in this first generation of bat mitzvahs, policies in synagogues had not changed. Girls and their mothers started to question why these girls could have a bat mitzvah but not participate in other rituals or synagogue life in general. Those questions become a significant part of the bat mitzvah story.”

Both Rosenbaum and Balin observed that the centennial anniversary of the bat mitzvah is a unique opportunity to pause and take note of the evolution of women’s participation in congregational and Jewish life. Rosenbaum said the bat mitzvah has become a standard bearer of the Jewish experience amid ongoing discussions on what inclusion looks like in communities. “Everybody caught on to the idea that girls should be recognized when they come of age,” Balin noted. “It’s an important part of bat mitzvah history.”

Balin also tells the story of Mordechai Kaplan writing to Abraham Joshua Heschel on his daughter Susannah’s bat mitzvah. In his letter, Kaplan said that Judith becoming a bat mitzvah was the first of four reasons that he introduced the bat mitzvah into Jewish life. He ascribed the other reasons to his three younger daughters. And now those reasons number in the millions as girls and women have become bat mitzvahs on their own terms.

Want to celebrate this weekend? Try one of these 13 ideas from JWA!