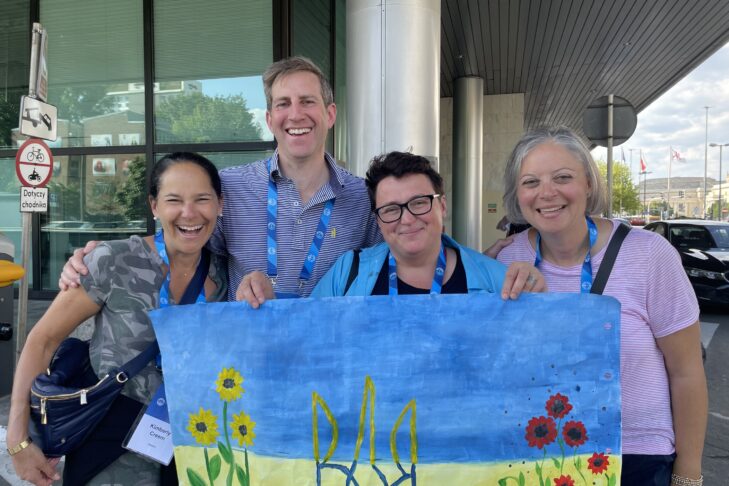 From left: Kimberly Creem, Campe Goodman, Karina from the JDC, and Jennifer Weinstock with art painted by children at the JDC “hotel” in Poland for Ukrainian refugees (Photo: CJP)

Magda was one of many inspirational people I met this week on a visit to Poland with the Jewish Federations of North America. I had the honor of traveling with CJP’s 2023 campaign co-chairs Kimberly Creem and Campe Goodman, along with a dozen other North American Jewish communities. This visit was an opportunity for us to learn more about the ongoing refugee crisis and how the Jewish community has made a difference. While we were only in Poland for three days, the impact of the individual stories we heard will stay with us for years to come.

With decades of critical annual support from CJP and other Jewish federations, our partners, the Jewish Agency for Israel (JAFI), and the American Jewish Joint Distribution Committee (JDC) have built a web of social services, support structures, and connection to Jewish life across the Former Soviet Union. But now our partners and our support had to adapt to this emergency. This week, we had the benefit of seeing their work up close and meeting the heroes who have put their own lives on hold. The story of the trauma of this war is not only about the refugees, but also the incredible helpers—the volunteers and professionals who have served around the clock for five months.

We met inspiring colleagues whose quiet heroism is evident in every kindness they show to a family in distress and to every child they sit and comfort. They listen; they walk around with tissues and hugs on hand to be a safe landing spot for refugees. 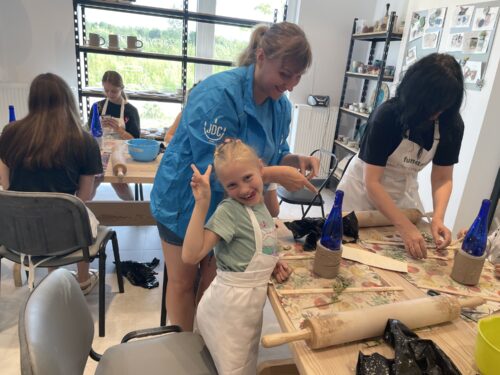 A moment of joy during a ceramics class at the JDC “hotel” in Poland for Ukrainian refugees (Photo: CJP)

The trauma continues every day

The early weeks of the war brought on an acute emergency covered by the nightly news with images of women and children waiting for days to get across the Polish border. Those lines have dissipated, and yet the trauma continues.

We met young mothers who are living among strangers, many pregnant and with other children in tow, their husbands often still behind in Ukraine.  We met the mayor of Warsaw, who said the schools there are anticipating 70,000 refugee students in September. These children don’t speak Polish, and most have not been in school in months. We met families waiting to make aliyah (immigration) to Israel, although they have never been to Israel and had not previously considered moving there.

Everyone we spoke to is working so hard to help their Ukrainian friends create a pathway to a possible future, but they are tired. They are worried the world will lose interest as the conflict continues. They are afraid this will become their new normal. 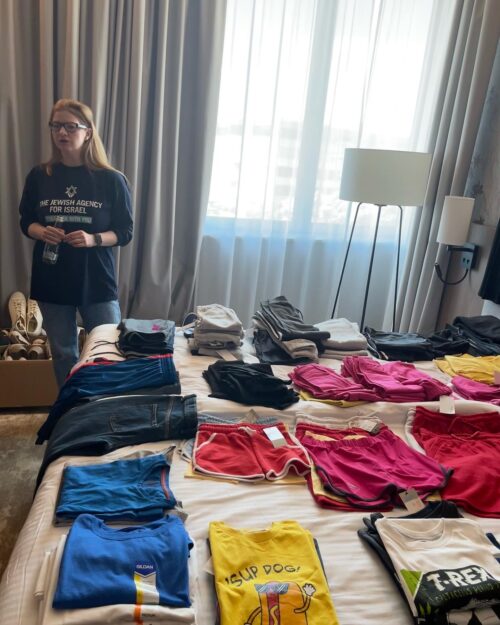 Kseniya Reznichenko of JAFI with clothes for Ukrainian refugees in the JDC “hotel” in Poland (Photo: CJP)

Many of the people we met shared that they saw funding from the Jewish community as first on the ground. We didn’t hesitate and we didn’t wait: We sent unrestricted funds and got them quickly to the people who knew how to make the biggest difference. This is a nonsectarian crisis; a very small percentage of the refugees are Jewish, and yet you can feel the impact of the Jewish community broadly.

Kim, Campe, and I were so honored and humbled to be able to represent our incredible Boston Jewish community in this delegation. We return with gratitude from everyone we met for each of you. Your support of CJP and our Ukraine Emergency Fund has made a difference in the lives of refugees, the helpers doing heroic work, and our critical agency partners on the ground. This conflict is far from over, and we hope you share our pride in all that CJP and our partners have been able to make possible and join us in hope and prayers for a stable and peaceful future. 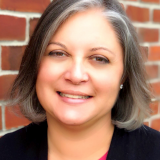