I’ve started inviting partners to contribute stories or conversations together. (I think I’ll call it a “We-brief”—let me know if you and your sweetie are interested!) Today Eve and Kevin, 28-year-olds from Somerville and Jamaica Plain, respectively, reflect on how they worked through an apology as they started dating a few months ago, inspired by this article on teaching children to say sorry (yeah, adults have a thing or two to learn, too!). 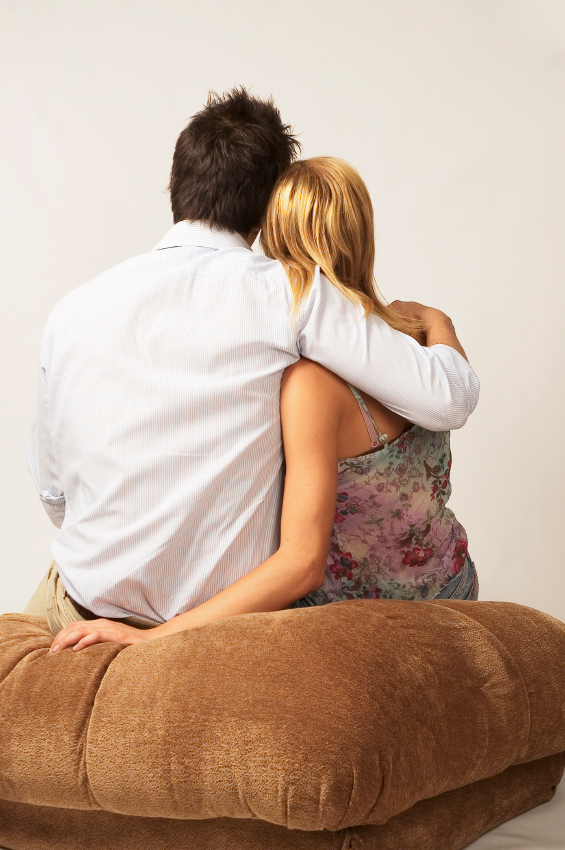 Eve: If I wanted to keep dating you, I had to speak up about what happened that Friday night.

Kevin: Although we’d hooked up before, I knew you had reservations about doing it again. You were clear you didn’t want to have sex. I asked to watch a movie on your couch, and I meant it. I was preparing myself to not come on too strong, and I didn’t even know if we would make out at all. When we started kissing, I actually felt kind of surprised, and really glad.

Eve: I put on a movie because that was the plan. But then you seemed totally uninterested in the movie! I needed some acknowledgement that the plan was to watch a movie, and we were changing the plan to hang out and make out. As it was, I felt like you said “movie” when you actually meant “hook up,” and then you were trying to get me to ignore the movie and pay attention to you, instead of actually saying directly how you were feeling or what you wanted.

Kevin: Wow, if I did that, that’s a total jerk thing to do! A few days later, when you told me you were upset about what had happened, I wanted to convince myself somehow that I wasn’t being that jerk, especially after having tried to be so intentional that evening. I got really defensive.

Eve: I felt your defensiveness pretty strongly. Then I paused, took a step back and explained: “I’m not trying to get you in trouble, and I’m not trying to hold the moral high ground or hold this over you; I’m just trying to tell you what my experience was, and learn more from you about what happened, because I enjoy hanging out with you and I want to be able to continue to build ways to enjoy each other’s company. I want to talk about what happened Friday only because I know you want me to be really comfortable around you, and I want to give you some information about what would help me be more comfortable in the future. I don’t want you to feel guilty—that doesn’t help me at all, nor does it make me feel any more connected or any safer. It’s actually the opposite; the guiltier you feel, the more defensive you get, and the less safe, heard and comfortable I actually am.”

Kevin: That was really refreshing for me to hear. I was like, “Wow! That sounds like healthy relationship dynamics!” It’s a wise way to go because there’s foresight involved, but it’s just so not how we’re trained to be. Like, think of any relationship on TV or in a movie. Someone messes up, the other person chews them out, then they have to make up for it and win them back. Someone cheats; the other person thinks it’s fair to cheat. It’s about settling the score, not about sharing underlying feelings honestly.

Eve: Right. I tried to say clearly: “When you wanted to make out instead of watch the movie, I felt uncomfortable and confused. Next time, can you tell me clearly when your desires have changed from what you asked for originally?”

Kevin: I remember contrasting that response to the way it would have been dealt with in a previous relationship of mine, and how that relationship left me feeling constantly confused and anxious. I appreciated that you said, “You did this, and I felt this way,” instead of making it about me as a person, or me as a date. And you were very clear about what I could do next time that would feel better.

Eve: It was also really helpful for me to hear that you actually did want to come over and watch a movie when you asked for that to be the plan. Obviously plans can change once they’ve started. The classic jerk move here is to say, “Hey, let’s watch a movie,” as an attempt to just hook up—and that is clearly not what you did because you didn’t even know if we would kiss and you came over wanting to hang out anyway, which is awesome. Once we did start kissing, you wanted to do more of that, and you didn’t really want to watch the movie anymore. So no jerk move here; you legit changed your mind about what you wanted to do. And we just didn’t communicate about it at the time.

Kevin: I think it was also hard to talk about, at first, because I never got in trouble growing up, so when it does happen, it hits me like a brick. It feels big, and it feels personal.

Eve: No matter how great we try to be as individuals, when two people try to connect with each other, we’re going to run into things. Whether we do the “wrong” thing or just something that doesn’t feel good for the other person, we’re going to need to give each other feedback at some point. And to give each other that feedback, we need to make it clear that no one is “in trouble.” That’s what the article on fourth-grade apologies said, which feels so applicable to dating: “It was no longer a matter of embarrassment or shame, but simply acknowledging 1) what went wrong, 2) who was affected, 3) how to change, and 4) asking forgiveness.”

Kevin: Let me try: “I’m sorry for cutting off the plan to watch a movie by trying to distract you from it. It made you uncomfortable because you felt confused about what I wanted and what was happening between us. In the future, I will speak up clearly if I want to change our plans, or if I’m not feeling into an activity we start doing together. Will you forgive me?”

Eve: Yes! Of course. Thanks for asking.