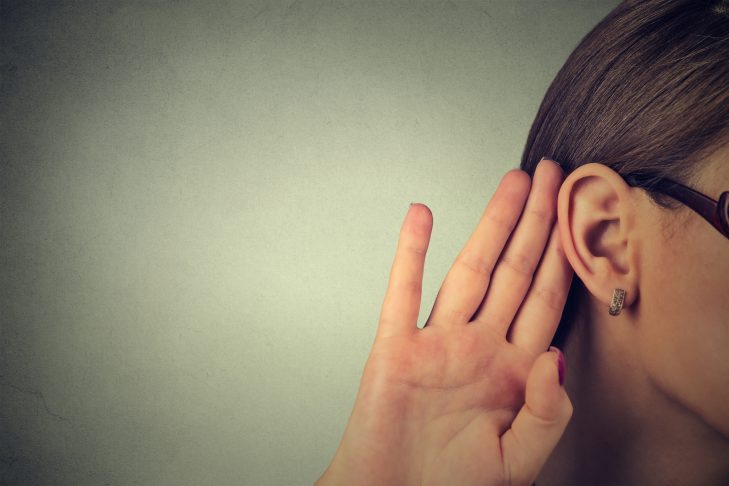 We approach Parashat Vaera at a particularly dark time and on the cusp of the secular new year, when the impulse toward retrospection feels irresistible.

Indeed, I began this year of 2021 with great hope, both personally and nationally. I work as a geriatric chaplain and had scheduled my first dose of the COVID-19 vaccine for the morning of Jan. 6, 2021, which was also the day that Congress was set to affirm the election of a new, presumably more stable, administration in the White House.

The violence and chaos that beset the capitol that day instead inaugurated a very different year than I had imagined. Rampant falsehood and senseless hatred seem to dominate our national conversation, with very few people apparently willing to listen to the views of their political opponents. A significant minority appears unwilling to acknowledge basic truths about the election or the pandemic, not to mention climate change, reproductive rights or voting rights, among many other distressing issues.

This crisis of listening hits even closer to home. Speaking to a 102-year-old resident of one of the independent living facilities where I work, I found myself a bit stymied when she demanded that I identify hopeful signs amid the unrelenting darkness. I struggled to find bright spots, and she struggled to hear them from me.

The parashah begins in a very similar place, at perhaps the darkest moment of the Israelites’ experience of slavery in Egypt. Toward the end of Parashat Shemot, the people have faith (vaya-amein ha-am; 4:31) in what they hear from Moses and Aaron: that God has heard their groans and will lead them out of slavery to freedom. Yet, in response to God’s demands, Pharaoh not only refuses to let the people go, but increases the people’s oppression. The people, like Moses himself, are demoralized, despite God’s persistent promises of redemption: “And Moses spoke thus to the Israelites, but they did not heed Moses out of shortness of breath and hard bondage” (6:9). Undeterred, God commands Moses to approach Pharaoh again, but Moses seems unconvinced: “And Moses spoke before the Lord, saying, ‘Look, the Israelites did not heed me, and how will Pharaoh heed me, and I am uncircumcised of lips?’” (6:12). Notably, God again appears to ignore Moses’ concerns and presses on, commanding them in regards to the Israelites and in regard to Pharaoh (6:13). The Israelites, it appears, will be redeemed, whether or not they listen to Moses.

Ramban maintains that the Israelites fail to listen not out of a lack of faith in God, but simply out of fear. I would suggest, however, that fear makes faith difficult to maintain. Indeed, the root aleph-mem-nun, indicating belief, faith or trust (and the source of the word Amen) that was used in 4:31, disappears from the narrative until the end of chapter 14, when the Israelites see the Egyptians dead on the shore of the sea. Only when their oppressors have been destroyed does full trust in God return. Redemption, including the actions required of those being redeemed, must occur in a state of incomplete faith, of uncertainty and doubt.

The midrash and later commentators, from Sefat Emet to Aviva Zornberg, point out that the failure to listen, this inability to believe and to know, inaugurates a long string of challenges, not only for the Israelites, but for Pharaoh (who also refuses to listen) and for Moses himself (who feels so strongly about his inability to communicate). In Exodus Rabbah, the midrash attributes the refusal to listen not to hard labor but to the fact that, “It was difficult in their eyes to separate from their idolatrous practices” (Shemot Rabbah 6:5). Later on, the midrash will argue that when, in verse 6:13, God commands Moses and Aaron in regards to the Israelites, it is specifically to prepare them for the difficulties ahead: “The Holy Blessed One said to Moses and Aaron: Know that my children are disobedient, that they are quarrelsome and that they are troublesome. It is on this condition that you accept leadership upon yourselves, knowing they will curse you and pelt you with stones” (7.3).

The question might arise, as it sometimes seems to arise in relation to certain of our fellow citizens today, why God and Moses would go to the trouble of trying to help this quarrelsome and dangerous people. The answer, I would venture to suggest, begins (but likely does not end) with God’s (and perhaps Moses’) own capacity to listen: an insistence upon a covenantal relationship and, ultimately, a desire to be known. Looking again at the beginning of our parashah, we find that God says: “And also I Myself have heard the groaning of the Israelites whom the Egyptians enslave, and I do remember My covenant” (6:5). God listens, even when God is frustrated that the Israelites will not listen in return, and has faith that God’s word will eventually be known: The Israelites may not have faith in God, but God has faith in them. Notably, Pharaoh refuses to listen, not only to God, not only to the enslaved Israelites, but even to his own people. Inasmuch as we can emulate God rather than Pharaoh, listening to people, even if they cannot seem to hear us (whether out of fear or despair or even dangerous quarrelsomeness), and even if we (unlike God) cannot offer concrete promises of redemption, we will be bringing some faith and hope back into a world that otherwise seems so grim.

Rabbi Jim Morgan, a graduate of the Rabbinical School of Hebrew College, serves as community rabbi and chaplain for Hebrew SeniorLife in Brookline and Roslindale.