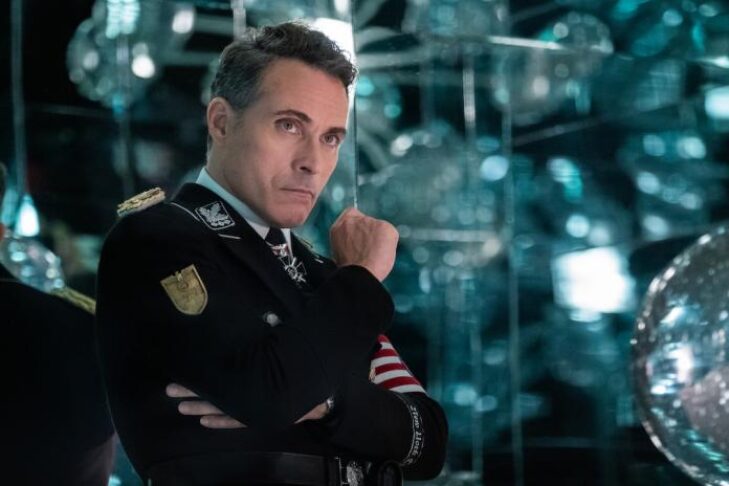 Hello again from the windy, not-as-cold-as-Boston plains of Oklahoma! It is I, Jesse Ulrich, former head nerd and content manager for JewishBoston.com. For the last time, join me on the journey that is the Amazon Prime show “The Man in the High Castle.” If you need a refresher on Seasons 1 and 2, you can check out my review of the pilot episode here, the fun conversation we had about Season 2 here and my recap of Season 3 here.

So, here we are at the end of “The Man in the High Castle.” Before we get to my recap (with spoilers!) of the season, I think we need to take a moment to reflect and look back on where we were, where we came from and where we’re going. When “The Man in the High Castle” first premiered in 2015, it was just as the 2016 election was ramping up. Both this show and the reality we live in have changed since the show first aired. I took it as a lark, a worst-case scenario fantasy. While we still live in a world where America won World War II and the Nazis of the 1930s and ‘40s were destroyed, I don’t view this show the same way—I can’t.

The mainstreaming of hatred and white supremacy, democratic systems breaking down here and across the world—I no longer shudder at the horrible things that happen in this show because they are horrible, but because I can see them in real life. Police abuse of the black population, brown children dying in cages, men subjugating women, Nazis walking in broad daylight shouting, “The Jews will not replace us!” and mass shootings happening almost daily. Am I talking about the show or real life? You tell me. Systems we thought were firm and unbending have been shown to be weak and easily manipulated. We live in constant fear and anger at the world around us and those we share this world with, and while that’s a terrible way to go through life, it is, ironically, the perfect way to watch the final season of “The Man in the High Castle.” 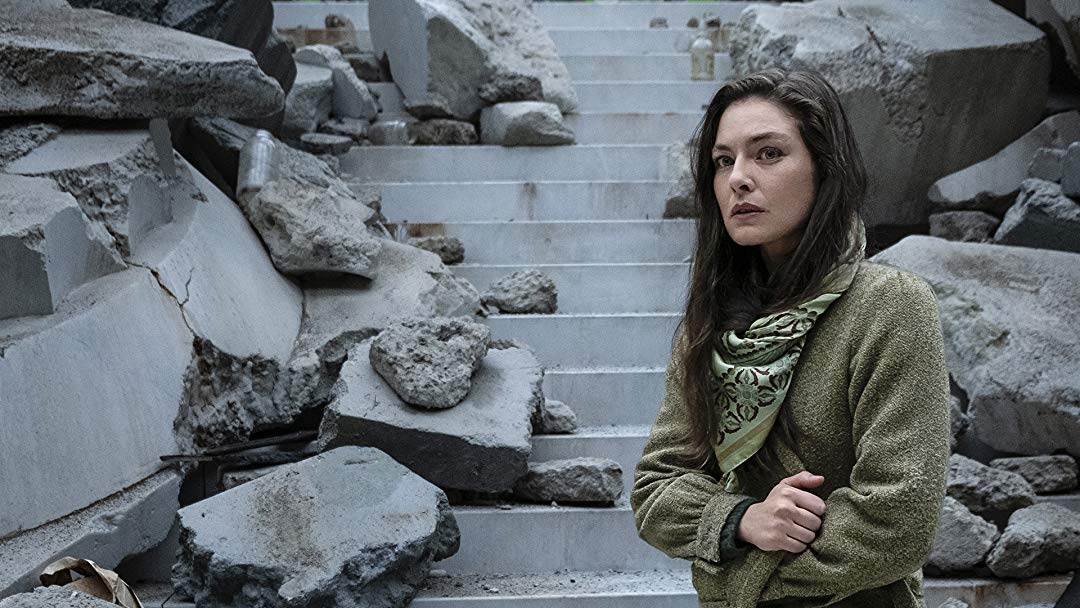 Season 3 ended with Julia transporting herself between her world and the one through the portal, without using the portal. What we learn very early in this final season is that there has really been only one other world we have been visiting, and that is what appears to be our (the viewers’) real world. One where the Allies won World War II and the alternative lives of our characters are very different. Both Julie and Joseph Smith get to experience this happier world, and it has opposite effects on them. For Julie, she is given hope that the world she came from can be made better.

Smith is shown a world where he is happy and his son is still alive, and, most important, what his life would be like if he had made a different choice, the right choice, at every turning point in his life: not joining the Nazis, not abandoning his Jewish friend, turning away from his drive for power. Most people would learn from this and try to do better, but Smith, unable to deal with all he has done, decides to remove the few restraints he had put on his own ambition. By the final episode, he and his accomplice have taken out the Nazi High Command and he is now the fuhrer of America. Using the portal, they steal technologies they don’t have in their reality and sabotage advances in the other reality.

At the same time, the Japanese have finally had enough of the best new group in the show, the Black Communist Rebellion, and pull out of the West Coast of the former United States. Inspector Kido, also given the chance to redeem himself for past mistakes, does the best he can and stops fellow Japanese soldiers from attempting a coup against the crown. 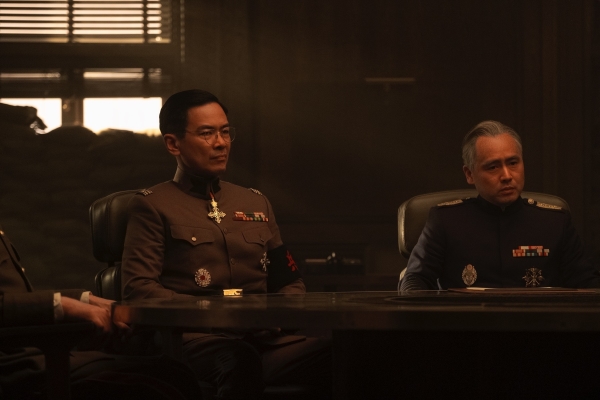 With the dream of a unified United States of the Reich, the American Nazis are in a race to bomb their way to victory, while Smith is racing to kidnap his alt-Thomas and Julie is racing to assassinate Smith. This leads to what I honestly believe is a pretty fantastic ending. Julie and her band of rebels blow Smith’s train from the tracks, and in one glorious moment, with Julie about to kill Smith, Smith dies by suicide. This cancels the order for the bombing of the Western states, and the portal, which had been acting wonky through multiple episodes, opens permanently, allowing transit between their world and ours.

Then, it is over. It is over! It somehow, amazingly, ends on a happy, optimistic note. I hope our reality can one day say the same. 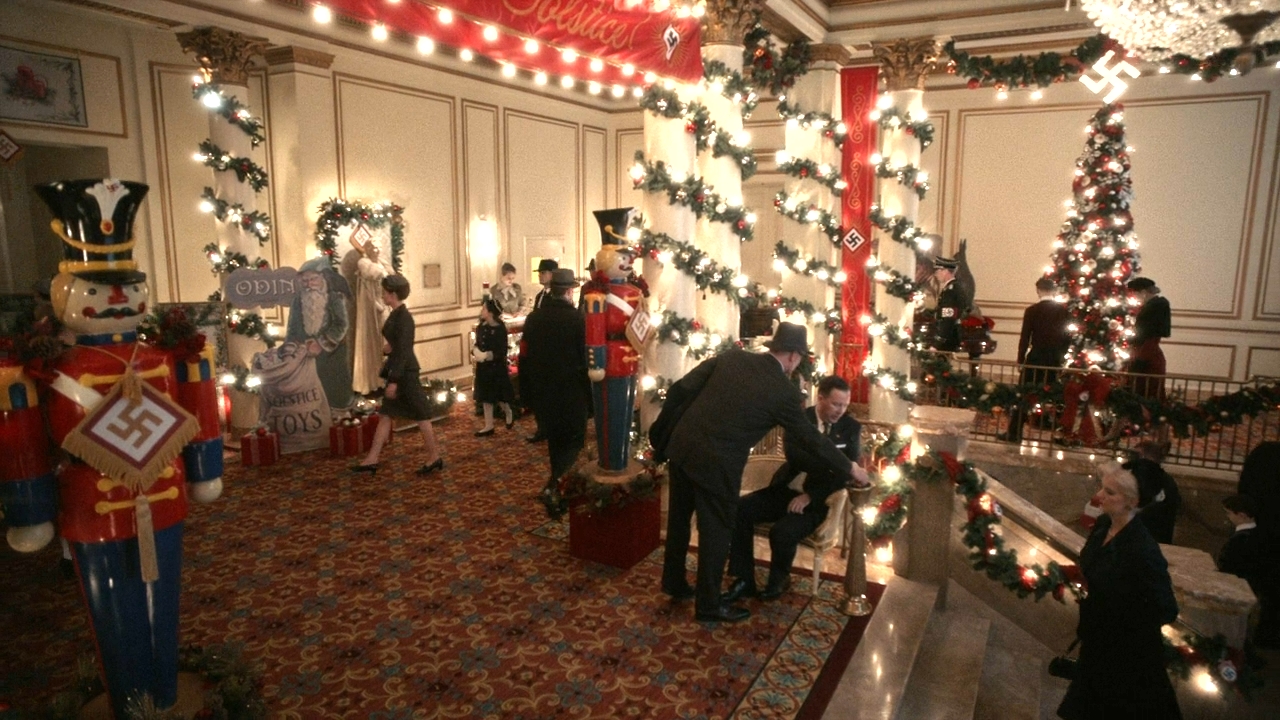