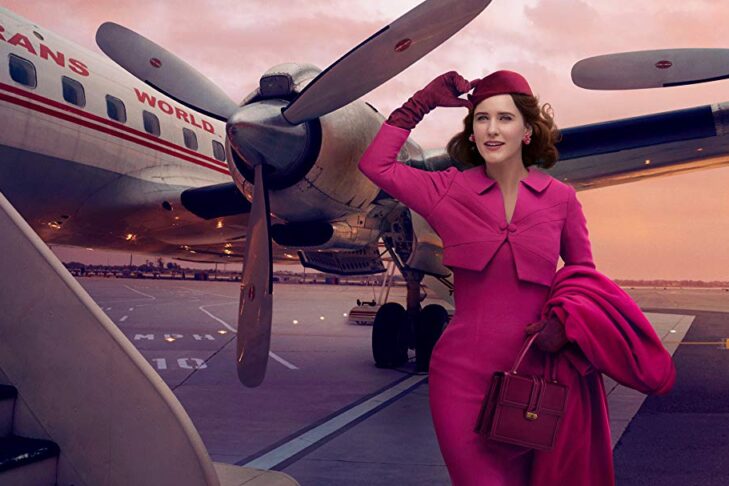 Over three seasons, “The Marvelous Mrs. Maisel” transformed from my favorite guilty pleasure into my favorite hate-watch. In Season 1, I was entranced the way I was entranced by “Mad Men”: I loved the period Manhattan setting, the costumes and the sense of time and place. Midge’s selfishness, crackly one-liners and complete lack of grounding in reality were charming idiosyncrasies, not major plot and writing flaws. (In order for the main character to be a comic, she has to be funny. If your manager is funnier than you are, that’s a bad sign.)

But over the seasons, she morphed, like a lipstick-wearing chrysalis, into one of the most hatable characters on TV. In fact, every single person on this show, probably with the exception of scowling Susie, is a cringe-inducing caricature, nightmare or both.

Clearly creator Amy Sherman-Palladino tried to bring Midge and Co. back from the brink. They clearly felt the backlash. How on earth did they afford that vast apartment? And, good lord, what about those children? Doesn’t Midge have any requisite maternal guilt for treating her tots like disposable makeup wipes? Ah, yes, the writers tried to resolve those pesky problems. But they failed.

First, poor Marin Hinkle, an excellent actress consigned to playing a shriveled lemon. Rose Maisel slinks around like a morose undertaker throughout the season. She is a hollow reincarnation of a disaffected 1950s housewife, reduced to crumpling depression when forced to move out to Forest Hills with Moishe and Shirley Maisel, clearly her social inferiors. Despite this coming down, she still manages to ignore her grandchildren, torment Abe and exhibit all the warmth of a melting ice pack. At least she has her hatboxes, and at least we now know where all that cash comes from: slightly improbable Oklahoma oil money.

Check out the book she’s glumly reading in “It’s Comedy or Cabbage”: “Moderato Cantabile,” the Marguerite Duras novel that focuses in large part on a wealthy woman taking her son to piano lessons. The main character, Anne, is the wife of a rich factory director. Wink wink. Anne has a borderline unhealthy attachment to her child, clearly a parallel to Shirley, whom we see shrieking in the middle of the street begging little Ethan to come home for lunch. She has soup! She has peanut butter! She has chicken salad! Rose is mortified. What will the neighbors say? Shirley may be a yowling crazy lady, but at least she recognizes that those children are alive and need feeding. We now know why Midge is Midge.

Meanwhile, Moishe and Shirley are still Jewish caricatures, even in Queens. The social striving! The constant bickering! The arriviste materialism! The vulgarity! They have no depth at all, except to make Rose look even worse by comparison as husband Abe encircles her in a state of perpetual constipation. I won’t even get into his forced beatnik subplot.

But, really, the main issue is that Midge is empty and awful. (Would the real Lenny Bruce ever put up with her?) Yes, the show tries to make her human sometimes: reluctantly putting her hand on Astrid’s pregnant stomach; asking tour-mate Carole if she ever, you know, misses her children; cleaning up Shy Baldwin after he’s beaten during a date gone wrong.

But mostly she just sells people out: She dispatches Ethan and Esther to a succession of relatives with transactional orderliness, as if she were auctioning off lipsticks; she harangues Susie for daring to take on another client, Sophie Lennon (the masterful Jane Lynch, who glides through her scenes like a formidable ship); she outs Shy during a comedy set at the Apollo because, really, she has nothing funny to say.

Some characters are simply soulless. (I’m about to watch the second season of “You”; Penn Badgley’s Joe Goldberg is a prime example.) Midge isn’t soulless; she’s selfish, and it’s only made worse because Maisel’s writers try to shade her with nuance, but it’s like trying to inject juice into an overdone brisket. Yes, they attempt to frame her as somewhat conflicted about leaving her kids or abandoning her fiancé, Ben, in a letter or outing Shy to his adoring fans. But they only go halfway; it’s all gestures. It’s forced. There’s no depth. She’s more at home eating grapes and lolling in a hotel bed with a face mask. The show shines when it’s fantastical. And if that’s who she is, well, then, own it, Midge. Viewers don’t need gratuitous inner conflict if it doesn’t really exist.

When she’s leaving for her tour, Midge gathers up her two hatboxes-with-legs, those extra kids, and tries to say goodbye. They don’t really seem to mind that she’s leaving (why should they?), but as she begs Esther to say a word, any new word for Mommy, it’s as though she’s channeling the Maisel audience: “Be human! Just be human!”

The thing is, she can’t.

What will happen next season? We last see Midge on a tarmac with her two car-loads of luggage, still the aspiring diva, as Shy’s plane pulls away. She has gone too far; she messed with the wrong guy. Is her career over? How will she redeem herself? The thing is, because we’re not rooting for her, we don’t really care.