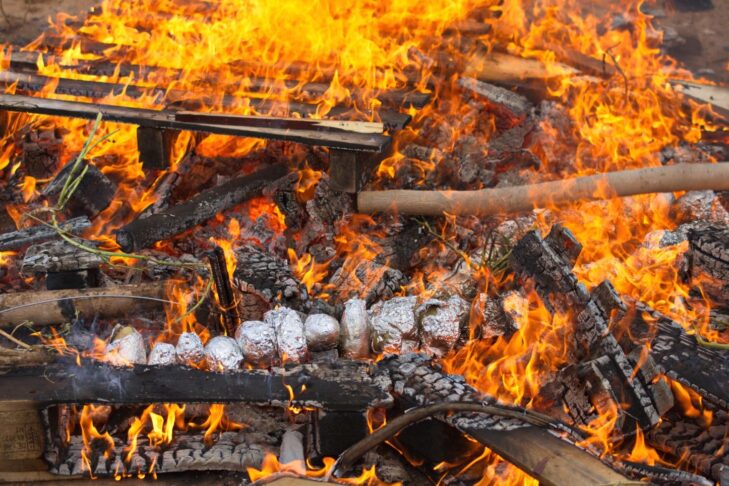 This Thursday evening, we will celebrate Lag baOmer, the 33rd day of the Omer count, which begins the day after Passover and ends 49 days later, on the eve of the holiday of Shavuot. The 33rd day is very meaningful for several reasons, but one in particular captivates millions around the world: On that day, 19 centuries ago, was the conclusion of the writing of The Book of Zohar, the seminal book in the wisdom of Kabbalah.

There is a good reason why this day is celebrated as a great day for humankind: The Book of Zohar was written in a special way and for a special purpose. It was concealed for a reason and was later revealed for just that reason. And these days, we are living out this reason.

Rabbi Shimon Bar Yochai (Rashbi) was a great kabbalist. He attained the highest degrees of spirituality and his name is mentioned countless times in the Mishnah and the Gemarah, the fundamental books in Judaism. However, Rashbi’s uniqueness is not in his superior spiritual attainment, but in his relentless efforts to share it with humankind. The spiritual world is the complete opposite of ours. While our world is based on egoism and destructive competition, the spiritual world is the negative image of ours, consisting of pure love and giving. This is why The Book of Zohar stresses, “Everything stands on love” (VaEtchanan, Item 146).

The basic unit in the spiritual world consists of 10 subunits. These subunits are unique, and often contradicting expressions of love and giving, which complement each other to form a strong and stable structure called Partzuf. These subunits of love are called Sefirot, from the Hebrew word sapir [sapphire], which unite into the basic spiritual unit, called Partzuf. Subsequently, Partzufim [pl. for Partzuf] join together and build the entire spiritual world. Because the Sefirot are expressions of love and giving, and they form all that exists in spirituality, the entire spiritual world is one of love.

Because our world consists of pure egoism, or as the book of Genesis tells us, “The inclination of a man’s heart is evil from his youth” (Gen. 8:21), we are completely disconnected from the spiritual world. In fact, we’re so opposite from it that we cannot grasp it with our senses.

But Rashbi, who dedicated his life to connecting humanity with this world of love, had found a way to bridge the chasm. Together with his son, he assembled eight keen disciples who were willing to dedicate themselves to this noble task as he was, and together, the 10 of them formed a semblance of a spiritual Partzuf, which, as just said, also consists of 10 Sefirot.

But the process was not easy. Rashbi and his disciples were human, and therefore inherently selfish. Forming a 10 did not make them a spiritual Partzuf. They had to overcome their egoism in order to become similar to a spiritual Partzuf, which was a long and gradual process. But as they learned to become more spiritual, loving, they put their experiences down in writing, and thus wrote The Book of Zohar.

No one had done this before them, and no one has done it since. Bit by bit, they opened up their own egoism, prevailed over it, and wrote about it in allegories and in the language of Kabbalah. At the end of their spiritual journey, they had transformed their nature entirely from hatred to love, and shared it all with us in this magnificent book. This is why The Book of Zohar is so important to humankind, especially today, when hatred is overtaking every aspect of our lives.

In the portion Aharei Mot, Rashbi’s 10 gave us a glimpse into the process of feeling the hatred and transforming it to love that they had experienced. They wrote, ‘How good and how pleasant it is for brothers to also sit together.’ These are the friends as they sit together, and are not separated from each other. At first, they seem like people at war, wishing to kill one another. Then they return to being in brotherly love.”

But Rashbi’s 10 did not stop there; they also shared why they made all those efforts. In their words, “And you, the friends who are here, as you were in fondness and love before, henceforth you will also not part … and by your merit there will be peace in the world, as it is written, ‘For the sake of my brothers and my friends let me say, ‘Let peace be in you.’” Indeed, they wrote The Book of Zohar not for themselves, but for the rest of the world to find peace and love.

However, when Rashbi and his 10 completed writing the book, they realized that humanity was not ready for it. In order to use this book of love correctly, humanity needed to feel how deeply it is immersed in hate. At that time, even though they themselves were in constant flight from the Romans, who wished to kill them, they knew that as a whole, the world had not revealed how hateful human nature really is. As a result, in yet another selfless act, they concealed the book that they had written so arduously.

Over the centuries, humanity has revealed deeper and deeper layers of its nature, that indeed, it is all evil. When enough evil was revealed, The Book of Zohar was revealed once more. However, it was still not time for everyone to get to know it and be able to use it for its purpose: transforming hate to love.

Only now, since the end of the 20th century, our acknowledgement of our nature is sufficient for us to truly need this book of love and giving. This is why the greatest kabbalist in modern times, Rav Yehuda Ashlag, wrote the complete Sulam [ladder] commentary on The Book of Zohar, which explains every word in it, so we can all benefit from it and be able to transform ourselves the way Rashbi’s disciples did back when they wrote it.

Indeed, Lag baOmer marks a very significant day in the history of humankind, when a rope was thrown to humanity to pull it out of the quagmire of hatred and into the pool of love that is the spiritual world.