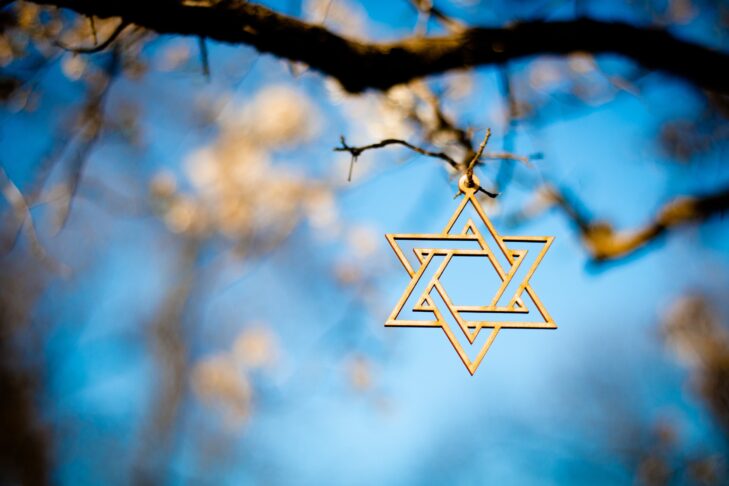 We Jews have always been successful far beyond our proportion of the world’s population. The same goes for Israel, the Jewish State. We are world leaders in technology, in medicine, in development and manufacturing of arms and sophisticated weapons, and we even excel in agriculture and water solutions.

Overseas, Jewish people are at the top of the American finance industry, and not only in America. Many famous actors and comedians are Jewish, we shine in politics, law, and if you look at the list of Nobel Prize laureates throughout the years, you’ll find a staggering number of Jews there.

You’d think that since we have contributed so much to the world, the world would cheer for us. It doesn’t. In fact, it does the opposite: It blames our arms industry for starting wars, and our financiers for causing financial crises and for taking people’s money. The world blames us for spreading bad values through the entertainment industry, and for manipulating politicians in Israel’s favor. And most recently, the world blames us for vaccinating the Israeli population so quickly instead of giving the vaccines to the Palestinians. Why doesn’t the world appreciate us? Why do they hate us?

The global attention that the Jewish State and the Jewish people are constantly getting has a very deep root. Our forefathers came from all those nations that are now observing our every move. We don’t have a common root; our ancestors came from many tribes and peoples all over the ancient Fertile Crescent. These people were often sworn enemies, but under Abraham’s leadership, they forged a solid group and unique cohesion that has never been achieved before or after, except by Jews. Abraham’s descendants developed and polished their unity until they managed to turn complete strangers, who hated one another, into a unified nation.

To achieve such a miraculous union, they had to form a stronger bond than any nation had ever achieved, and that union turned a tiny group into a formidable power. The rulers of the strongest nations always respected the Jews, gave them freedom, and let them rule themselves. The Babylonians, the Greeks and the Romans all let the Israelites rule themselves in Israel. They only conquered Israel and interfered with our lives if we invited them, since we did not want to stay united anymore.

But when we united, we were “a light unto nations.” The link between the strangers who formed Abraham’s first group and the nations they came from is still there, buried deep within them. This is why the nations cannot stop observing our every move. This is also why only we, the representatives of countless peoples, could become “a light unto nations,” an example of “world peace” within our nation. To this day, this is what the nations want to learn from us—that magical unity that formed thousands of hostile individuals into a solid nation. They feel deep down in their subconscious that we owe them this since we are inseparable from them, and deep down, we feel it, too.

But since we fell into unfounded hatred, we have demonstrated nothing but disdain and contempt for one another, the opposite of what the world expects from us. In such a state, no matter what we do, it will hate us, since we are denying it the one thing it needs from us.

Instead of demonstrating unity, we fell into a vicious cycle of success and great achievements, which lead to hubris, which causes us to divide among us even more, which then intensifies the world’s hatred toward us even more. We must understand that anything that separates us intensifies the world’s hatred toward us, and nothing separates us more than success. For this reason, whatever we do that’s currently considered an achievement, rest assured that it will eventually be held against us. It is a vicious cycle of success and hatred, and the only way to break it is to focus our attention solely on our unity.