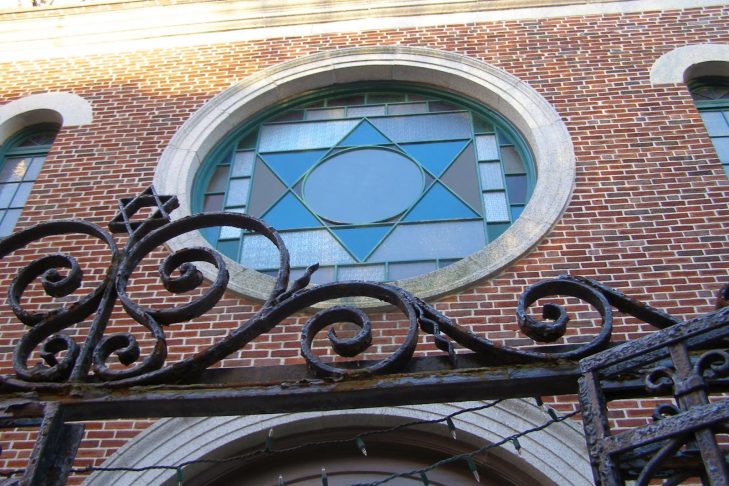 When the Vilna Shul marks its centennial at a gala on Sunday evening, April 28, the board and staff of the historic synagogue will honor longtime supporters Dr. Ilana Braun and her husband, Jed Weiss, Beacon Hill residents Dr. Robert and Shari Thurer, and Lynne Spencer, an architect and historic preservation specialist who is part of the Vilna’s construction project team.

Vilna Shul’s director of development, Rosa Kramer Franck, described the honorees as “huge advocates of the Vilna. Ilana and Jed have been very involved with the young families programs through the Vilna Families committee. The Thurers helped to establish the Vilna’s adult learning programs. Robert is also the vice president of the board of directors and co-chaired the Vilna’s mission to Lithuania and Poland in 2018. Lynne has been an integral part of the Vilna’s extensive renovation.”

Spencer recently conducted an extensive tour of the Vilna’s rehabilitation. She told JewishBoston she expects this first phase of construction in the downstairs area to be completed by mid-summer. Walking around the shul makes it clear how much attention has been paid to restoring the building to its former glory. Spencer noted the great lengths to which her architectural firm and the construction team has gone to preserve the building’s spirit and integrity. As an example, she said the shul’s historic kitchen will keep many of the original fixtures as a new sink is installed.

The Vilna Shul’s cornerstone was first laid in 1919, and the Vilna functioned as a synagogue until the 1970s. By the 1980s, the shul closed its doors and the building fell into disrepair. The shul, located at 18 Philips St. in the heart of Beacon Hill, draws much of its architectural inspiration from the medieval synagogues of Europe, while also fitting in with the architecture of its environs. At its peak in the mid-20th century, the Vilna was one of 40 synagogues in Boston proper. As interest was renewed in the building in the 1990s, its exterior masonry was restored, as were many of its windows. Today, it is the only remaining historic synagogue building that serves as a bustling cultural center. 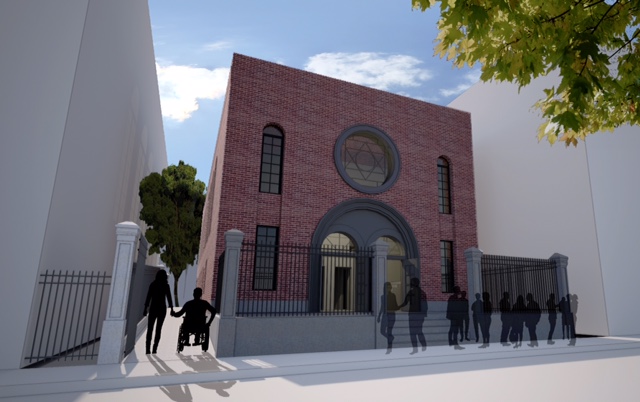 Architectural plans have also prioritized making the Vilna an accessible building. Among the accommodations that will be installed is a vertical lift to gain access to the second floor. Plans are also underway to refurbish the community room. Used as an exhibit and lecture space before construction began, the space will be expanded. “There will be more light and openness,” said Spencer. “We’ve removed the columns in the middle of the room and placed them against the walls. And we’ll retain the ark at the very end of the room. The ark was originally there for daily minyans. We anticipate this room will be heavily used for classes, exhibitions and screenings.”

Deborah Feinstein, one of the Vilna’s capital campaign co-chairs, speculated that the Vilna’s new construction will inspire more partnerships with arts and cultural organizations and educational institutions. As an example, she pointed to the Vilna’s unique relationship with the Jewish Arts Collaborative. “We’re a hybrid of a shul,” said Feinstein. “We will continue to have our lay-led High Holiday and monthly young professional Kabbalat Shabbat services, but it’s important for people to know we’re not an ongoing shul. We are a cultural institution with all sorts of programming aimed at youth, millennials, families and anyone interested in the Jewish story.”

Feinstein and Spencer concurred that restoring the Vilna has been a grassroots effort. Feinstein recalled that when conservationists first examined the walls in the upstairs sanctuary, they discovered Jewish murals that were buried under three layers of paint. “We went in there with toothbrushes to rescue some of those murals, which are the only Jewish murals left in the United States in a historic landmark building,” she said.

The Vilna’s president, Marilyn Okonow, said the shul’s primary goal is to “bring Jews of all cultures together and to attract interfaith couples and families. It’s a huge part of our mission to educate people about Jewish culture. We’re a synagogue of the future, in which there is flexibility and openness. We need to save this building for the Jewish community and beyond.”