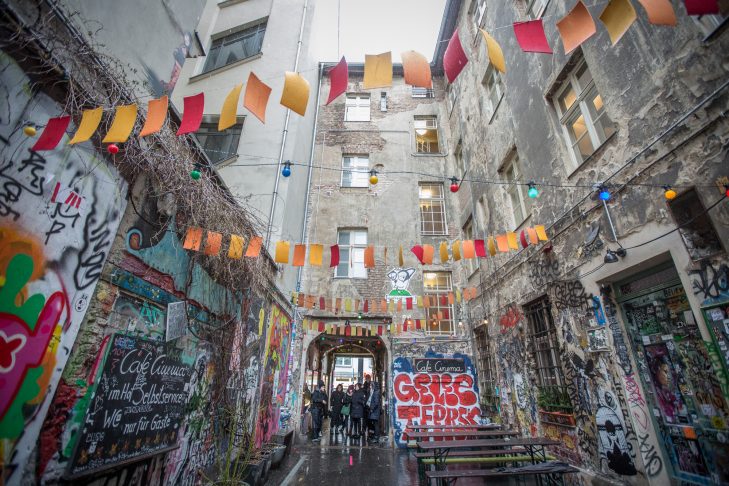 Students learned about Jewish history and efforts to commemorate the Holocaust in Berlin.

CJP created and funded Together, Restoring Their Names, a fellowship with year-round Shoah education programming and service-learning trips to Europe. The project is part of the IACT campus initiative, and just one example of how CJP helps students deepen their Jewish journeys after Birthright.

This month we took 10 students to Berlin to learn about Jewish life in Germany before, during and after the war. We applied a gender/women’s studies framework to the trip, including half a day at Ravensbruck, the only concentration camp created for women. Importantly, our students were from multiple religious and academic backgrounds, and all of them committed to sharing about the trip on social media while it took place.

Toward the end of the trip, two educational forums were planned by the fellows: a trip presentation to take place on Feb. 1 at Wellesley College with Germany’s Consul-General to New England in attendance, and academic lectures tied to the trip to be delivered at Wellesley’s annual Ruhlman Conference on April 27. Students will also help implement Shoah-related programming through the Israel Campus Roundtable. 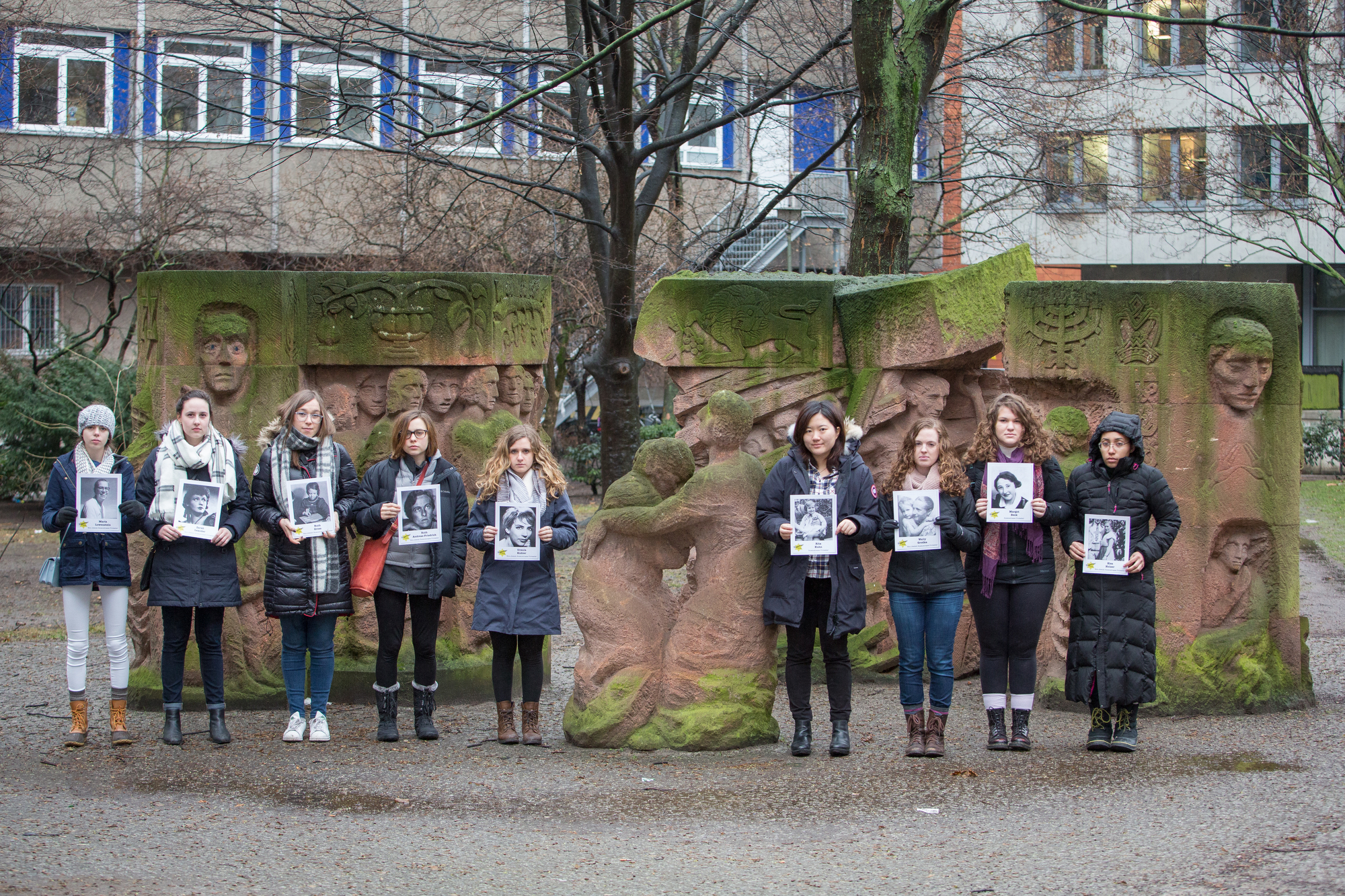 Students honored non-Jewish women who protested during Berlin’s Rosenstrasse in 1943, when the Nazis threatened to deport their Jewish husbands. 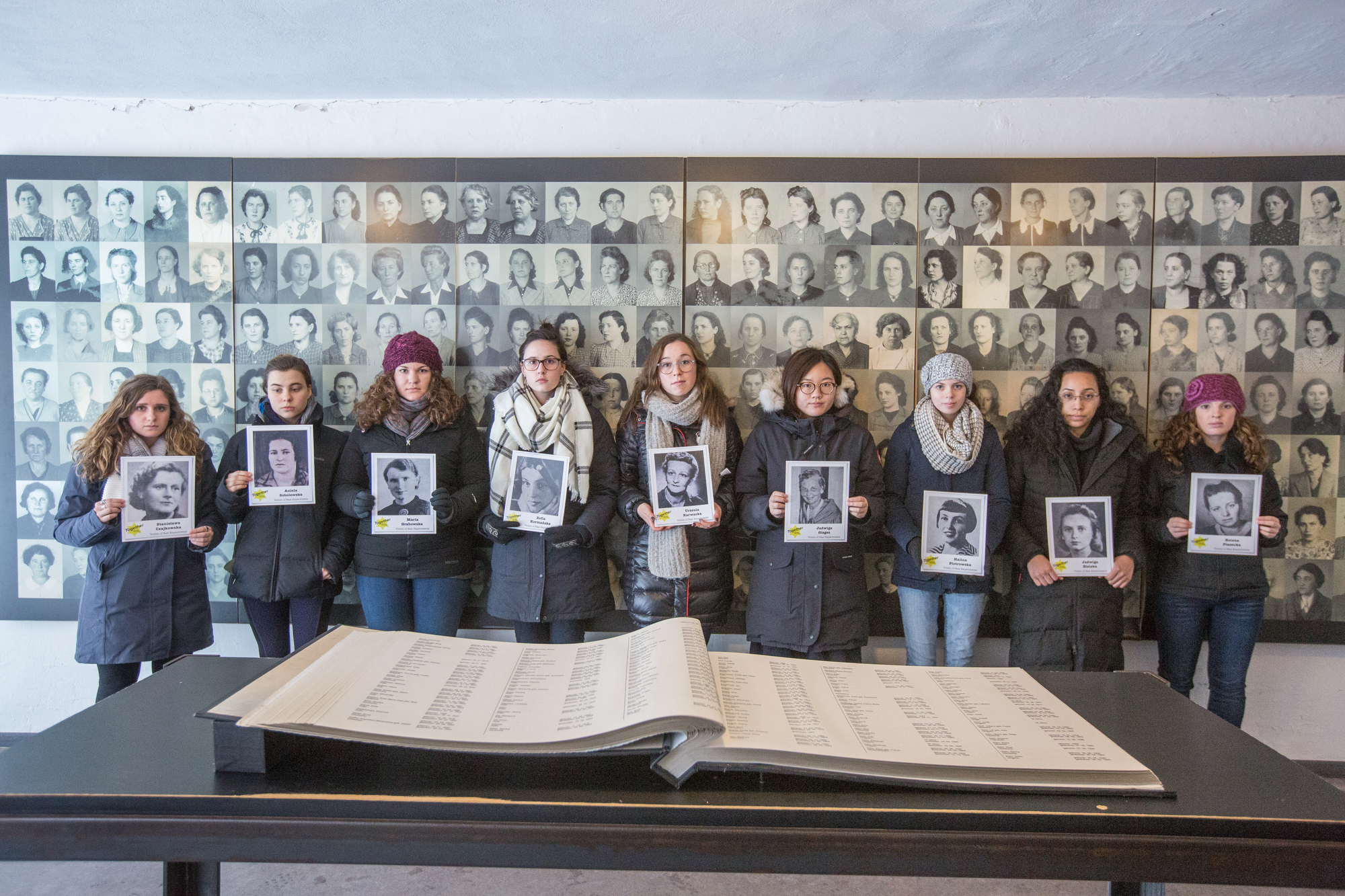 Students memorialized women brought from throughout Europe to Ravensbruck, where many were brutally experimented on. 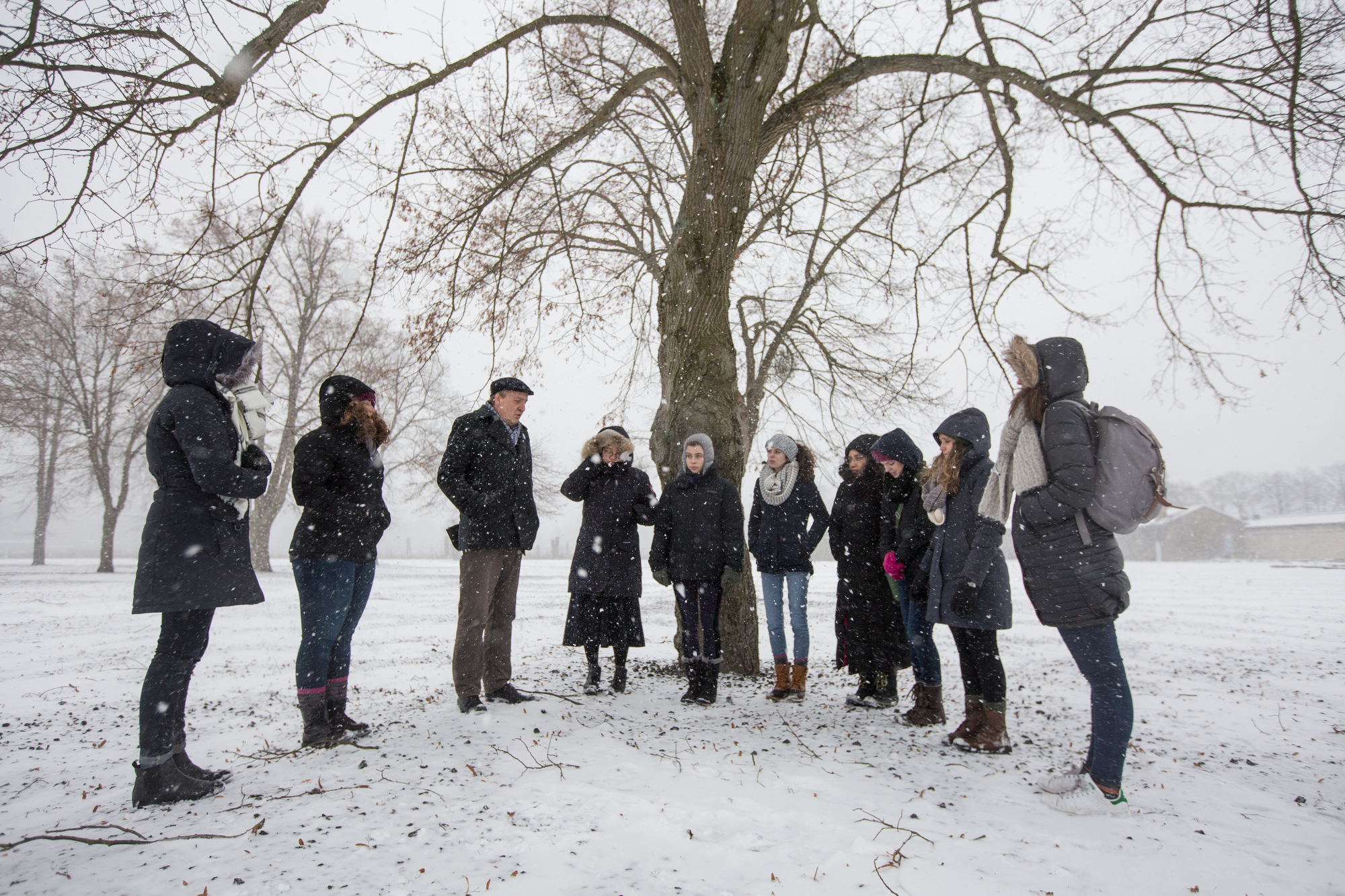 Students visited the former concentration camp Ravensbruck to learn about its creation and the lives of prisoners. 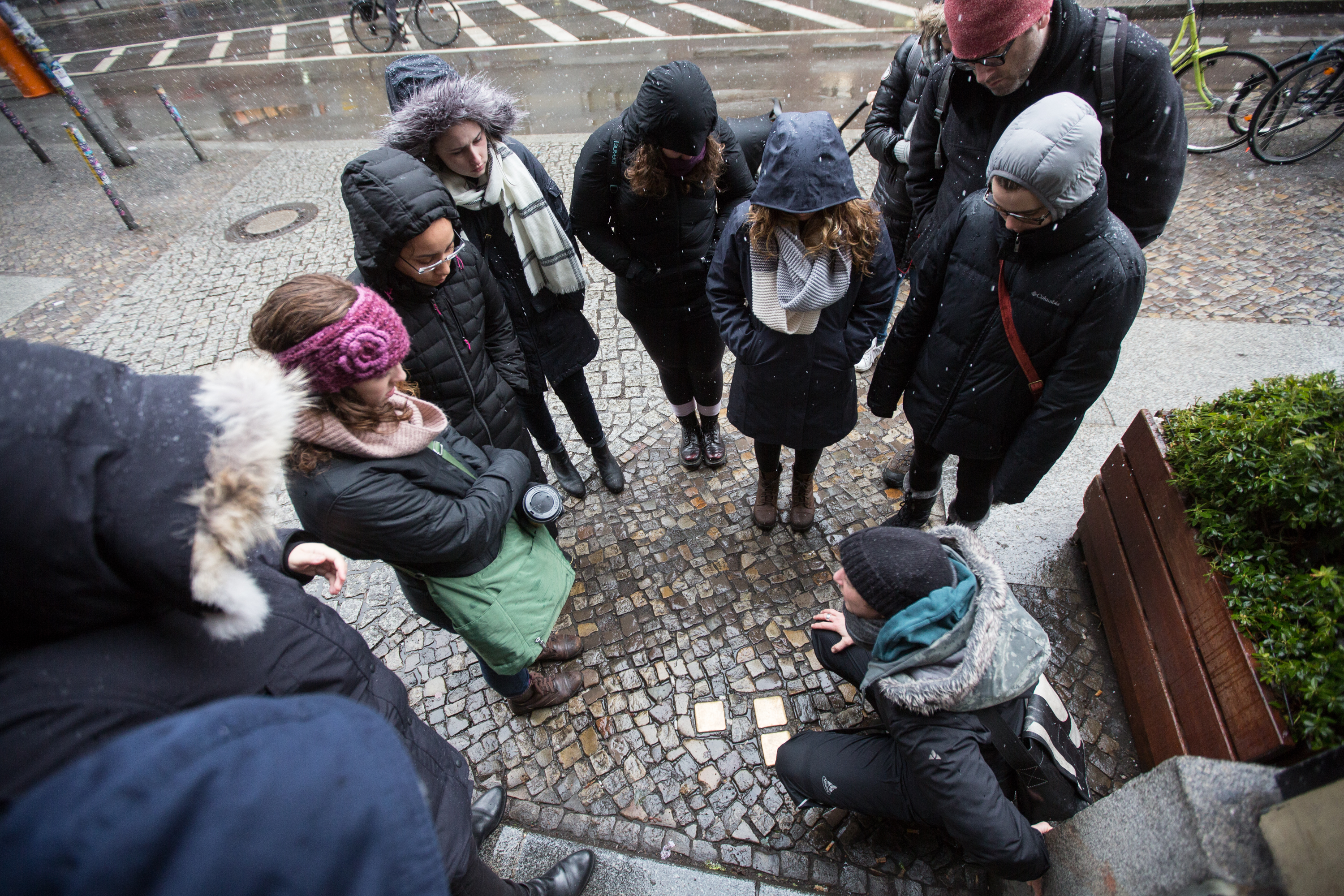 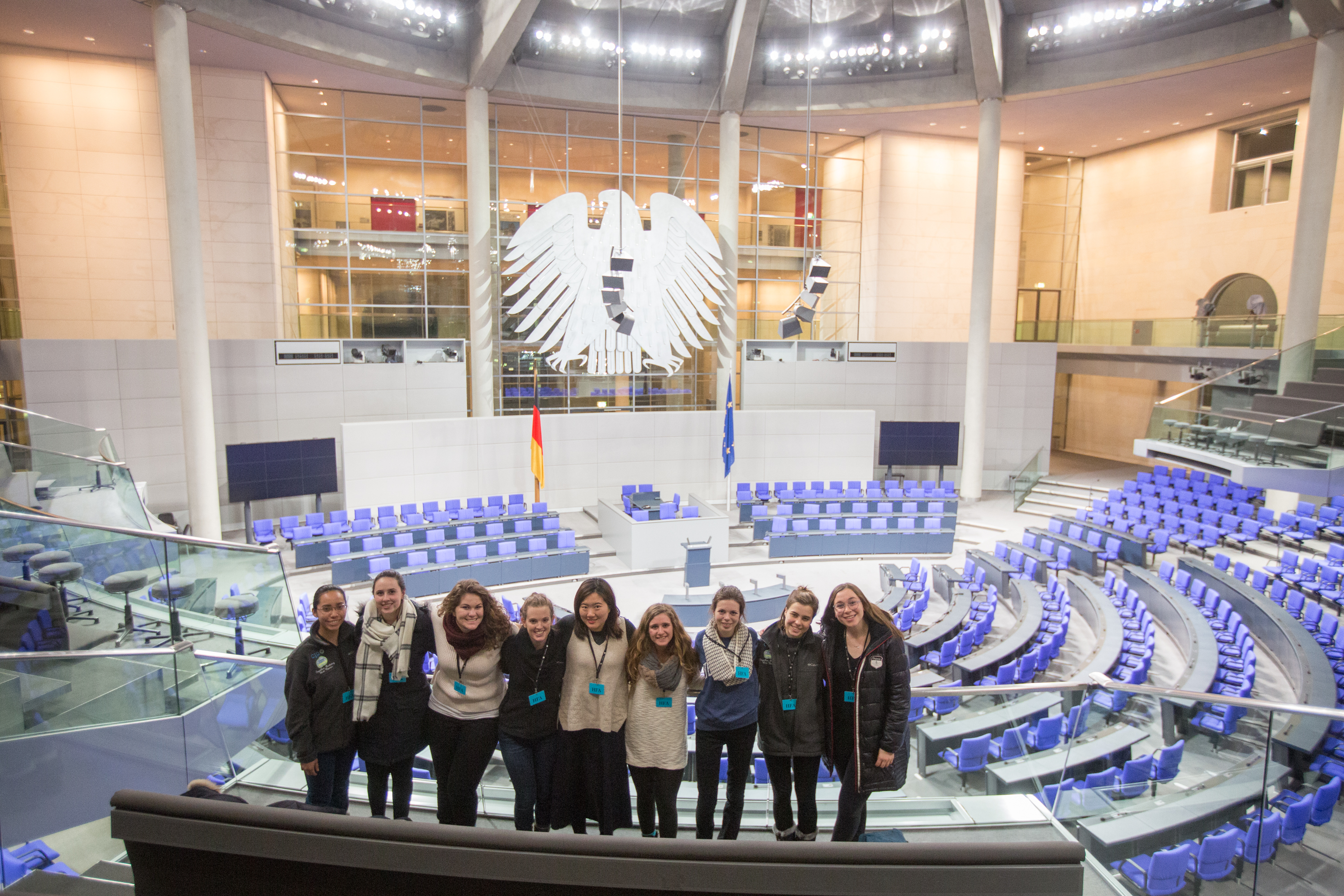 Students visited the German parliament to learn about democracy and the turbulent political century.
Never miss the best stories and events! Get JewishBoston This Week.