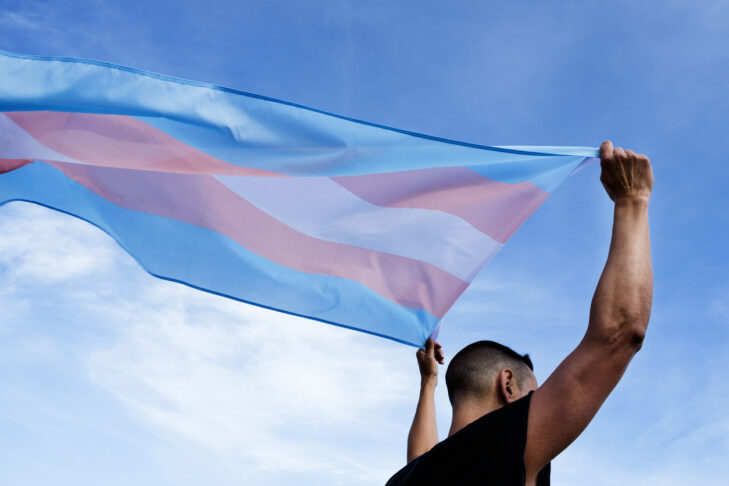 Recently, I’ve been coming to terms with my gender identity, which is much easier said than done. Once one moves outside the narrow boxes of “female” and “male,” an entire world of vocabulary and self-actualization opens up, and I’ve found that the best way to examine these nuances is to speak to people who have already explored them themselves.

First, a quick glossary: When I use the term “nonbinary,” I’m speaking of someone whose gender identity does not fit into the category of “man” or “woman.” Nonbinary is not a third monolithic gender, but rather a more general term encompassing the wide swath of identities that vary by person. In their exceptional d’var Torah about gender identity, my friend Tess opens with an eloquent quote: “Being nonbinary is not just adding a third option to the multiple-choice question of gender—being nonbinary reframes the question as open-ended.” Additionally, some nonbinary people use the term “trans,” short for transgender, as well, but not all trans people are nonbinary. Transequality.org also has some helpful resources about this distinction.

With this reframing in place, I wanted to explore the inherent joys of being trans and Jewish. When asked about something they love about Judaism in conjunction with gender, Brady S., a nonbinary lesbian, said: “I feel like Judaism has made my life more intentional. I…would still do a lot of the same things if I weren’t Jewish, but the added meaning of doing a mitzvah or tikkun olam just brings so much joy to my heart. As for being trans, I’ve chosen to use hormones, so I love learning to love my body in new ways.”

Feeling euphoria when one explores one’s gender is actually a hallmark of the trans experience, and that joy in discovery carries over into the Jewish experience. In their d’var, Tess says: “I couldn’t find comfort in the dissonance, the ambiguity, the uncertainty, the question, until I started to think of my gender in terms of Judaism. I experience gender in a Jewish way. I experience Judaism in a trans way. These things are inextricably linked. They are both fundamental to my personhood. A Tess without either is someone else. There is no ‘solidarity’ between the trans community and the Jewish community because, to me, transness and Judaism are not distinct. They are not separate entities with a tiny overlapping sliver where I sit—the infinite variety of the human experience crafts an intricate web that connects us all in some way, or in many ways. We all belong to each other.”

The inherently Jewish nature of asking questions and examining ourselves complements the trans experience, in that in order to feel fulfilled and connected with both our religion and our gender, the process of pushing back is not only necessary, it’s divine. Brady writes: “Being Jewish is just as big a part of me as being nonbinary and being a lesbian is,” and I could not agree more. The act of creation, of study and growth, is so vital to both the trans and Jewish communities, and the more I explore my own gender, the closer I feel to Judaism as whole.