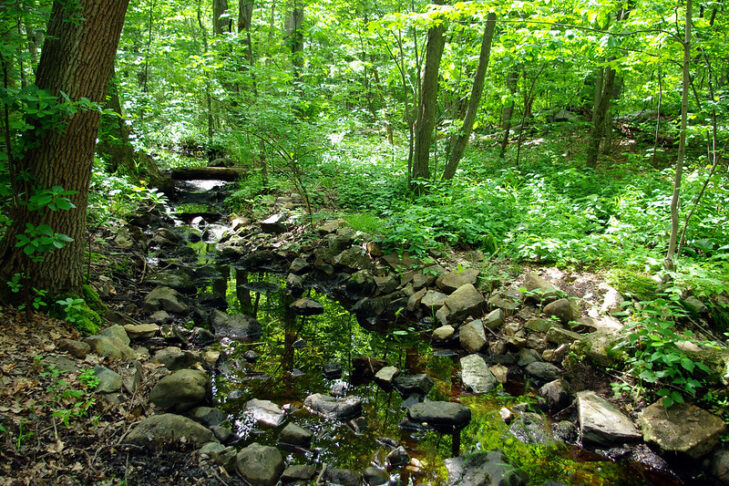 What if we came to a foreign planet where we didn’t speak the language of the local creatures or understand their gestures or culture? Never mind the embarrassing gaffes we would do; the real problem would be making mistakes that would put us and others in real danger.

This is not a theoretical question; it is our daily lives. We are aliens on the planet we think of as our home. We don’t understand its language, its gestures, or its culture. The blunders we make, therefore, are severely hazardous to ourselves, to others, and to the rest of Earth’s inhabitants.

Worse yet, we don’t know that we are aliens. We think we are the natives when in fact we have only just arrived here in the last several thousand years. In prehistoric times, hominids (members of the family Hominidae (great apes), including humans) were an integral part of the natural systems they inhabited. They were essentially another animal species in the fabric of the ecosystem.

As we evolved, developed land-cultivation technology, industry, and economy, we became increasingly dominant. Finally we have become the “rulers” of the Earth, at least in our own eyes. Now we live as though we own the planet. We casually raze forests, extinguish animal species indiscriminately, establish governments and regimes based on ideologies that our narcissistic minds have concocted, and commit genocides as a means to implement them. We patronize, abhor, denigrate, and demonize anyone who doesn’t think like us, and in the name of justice and freedom, we lock them up and kill them.

We, the most recent guests that Earth has welcomed on its crust, have turned our host’s residence into a giant dumpster without asking permission, without any consideration, and without any remorse. In fact, even if we wanted to ask for our host’s approval, we would not be able to since we never bothered to learn how to communicate in Nature’s language.

Yet, we have the chutzpah to complain when Earth sends us fires, floods, and earthquakes to protect itself from our toxic presence. Indeed, man’s audacity is unrestrained and inexhaustible. The natural catastrophes we have witnessed this summer are not symptoms of Earth’s illness; they are its efforts to cleanse itself of the human parasite so it can heal.

Nature’s culture is that of balance. Everything is needed, and everything has its opposite. Winter and summer, egg and flow, the tropics and the deserts, and even life and death are all complementing counterparts. Together, they create the dynamic balance of nature that lets everything evolve and decay at the right time and at the right pace.

Nature’s language is the language of mutual responsibility. All creations need each other, rely on each other’s prosperity, and do not take more than they really need. In this way, everyone helps sustain everyone else, and the global ecosystem on the planet thrives.

When nature gestures its disapproval, it uses “messengers” such as extreme weather, earthquakes, and other natural disasters of excessive intensity. When we don’t understand its gestures, they become more forceful. If we are still oblivious, it turns violent. And if we still pay no attention, it destroys its harm-doers.

These days, nature is gesturing that we have become unwelcome on this planet. If we don’t learn nature’s language of consideration and balance soon, it will take away the life it gives to each of us. After all, we are all nature’s creations, and not the other way around.