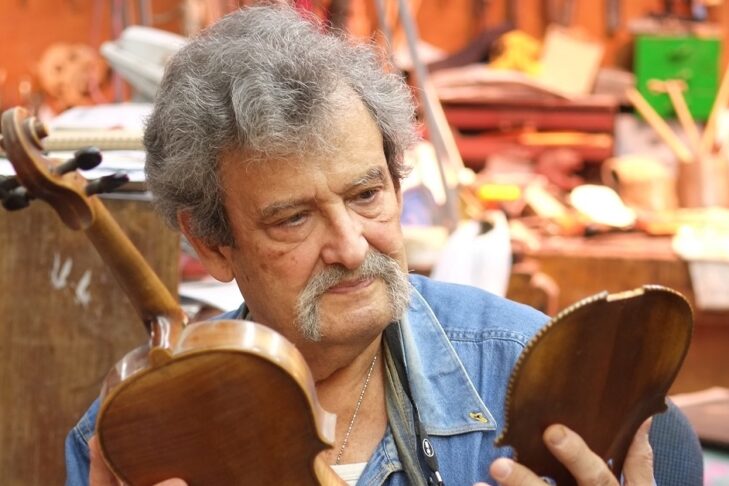 The violin is the quintessential Jewish instrument. The Yiddish writer I.L. Peretz said as much when he wrote that the number of sons in a Jewish family was evident by the number of violins hanging on a home’s walls. Amnon and Avshalom Weinstein—father and son violin-makers in Tel Aviv and Istanbul, respectively—have a special appreciation for the image Peretz conjured. The two men have devoted their lives to restoring violins rescued from the ashes of the Holocaust.

For close to three decades, the Weinsteins have amassed more than 60 violins, giving them a second life, often for free, for a project they call Violins of Hope. “The violins come to us in anything from good condition to a bagful of pieces,” Avshalom Weinstein recently told JewishBoston. “We’re not only rebuilding these violins, we’re keeping the stories of the people who owned or played them alive.”

The mission of Violins of Hope dates back to pre-state Israel when Moshe Weinstein—Amnon’s father and Avshalom’s grandfather—immigrated in 1938 to Palestine from Poland just before the Holocaust. Shortly after Moshe arrived in Palestine, he supplied instruments to the Palestine Orchestra, an early incarnation of the Israel Philharmonic Orchestra.

In 1991, the Weinsteins sponsored an apprentice from Dresden in their workshop; he had a particular interest in restoring the violins of Jews connected to the Holocaust. Moshe also kept a small collection of violins from Germany that belonged to survivors and victims, which were not saleable in Israel. “No one wanted German instruments in Israel,” Avshalom recalled. “But my father was interested in them. When he was on a radio program talking about these violins, he appealed to the [Israeli] public to bring orphaned violins to the workshop.” 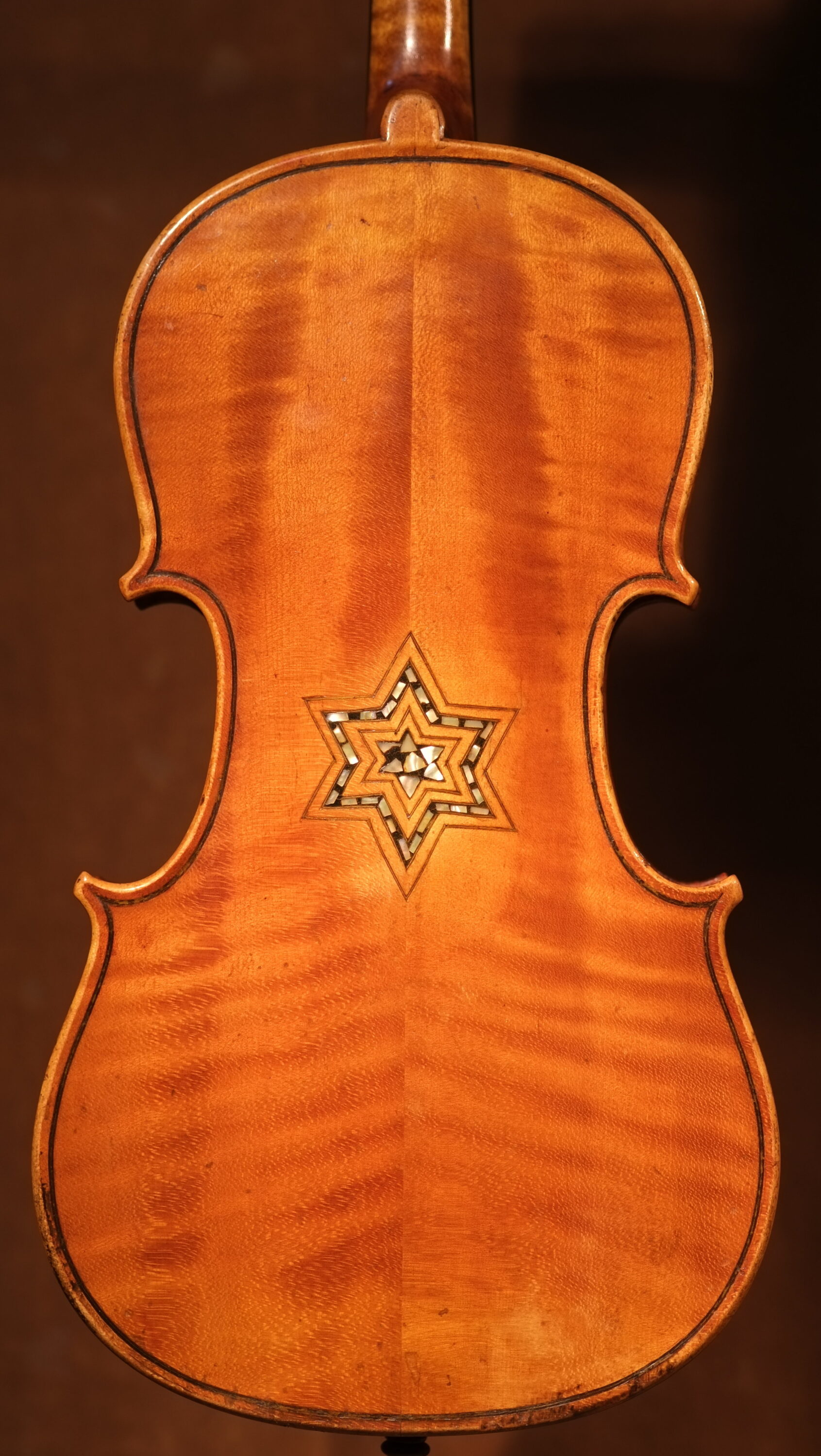 The Bielski violin, a klezmer instrument with a mother of pearl Star of David; German-made circa 1870 (Photo: Violins of Hope)

Soon after Amnon’s request, an influx of violins, violas and cellos arrived at the Weinsteins’ workshop. The violins ranged from concert-quality instruments to plainly made violins with Stars of David carved into their bodies that once belonged to itinerant Eastern European klezmer musicians.

Many of the instruments had been abandoned. Others had been stored in attics bearing memories too painful for their owners. Most of them had not been played in decades. Avshalom described receiving a few of these instruments blackened with what looked like soot. He wondered if the debris was from the ashes of Jews gassed and then incinerated in ovens. The Weinsteins treat these instruments like holy relics; they are neither cleaned nor played.

Then there is the “Heil Hitler” violin. The Weinsteins gather that the violin was brought to a violin-maker in Germany for a minor repair. However, when an American violin-maker, who had bought the instrument in the 1990s, opened it up, he discovered a swastika carved into the violin’s upper deck and inscribed with the words, “Heil Hitler, 1936.” The new owner wanted to burn the instrument but then heard about the Weinsteins’ workshop in Tel Aviv. The violin was added to their collection with the caveat that it never be restored or played. Avshalom observed that all the violins in the project are “a response to the hatred that that violin expresses. When one of our violins talks to the world again, it is an emotional moment and a victory.”

The Weinsteins’ work reflects the violin’s fraught Holocaust history. The Germans sadistically organized live concerts in concentration camps, coercing Jewish musicians imprisoned in Auschwitz to play beautiful, soaring music as new arrivals were selected for work or the gas chambers. Violinists were also a common sight in Jewish ghettos. Many played for scraps of food. 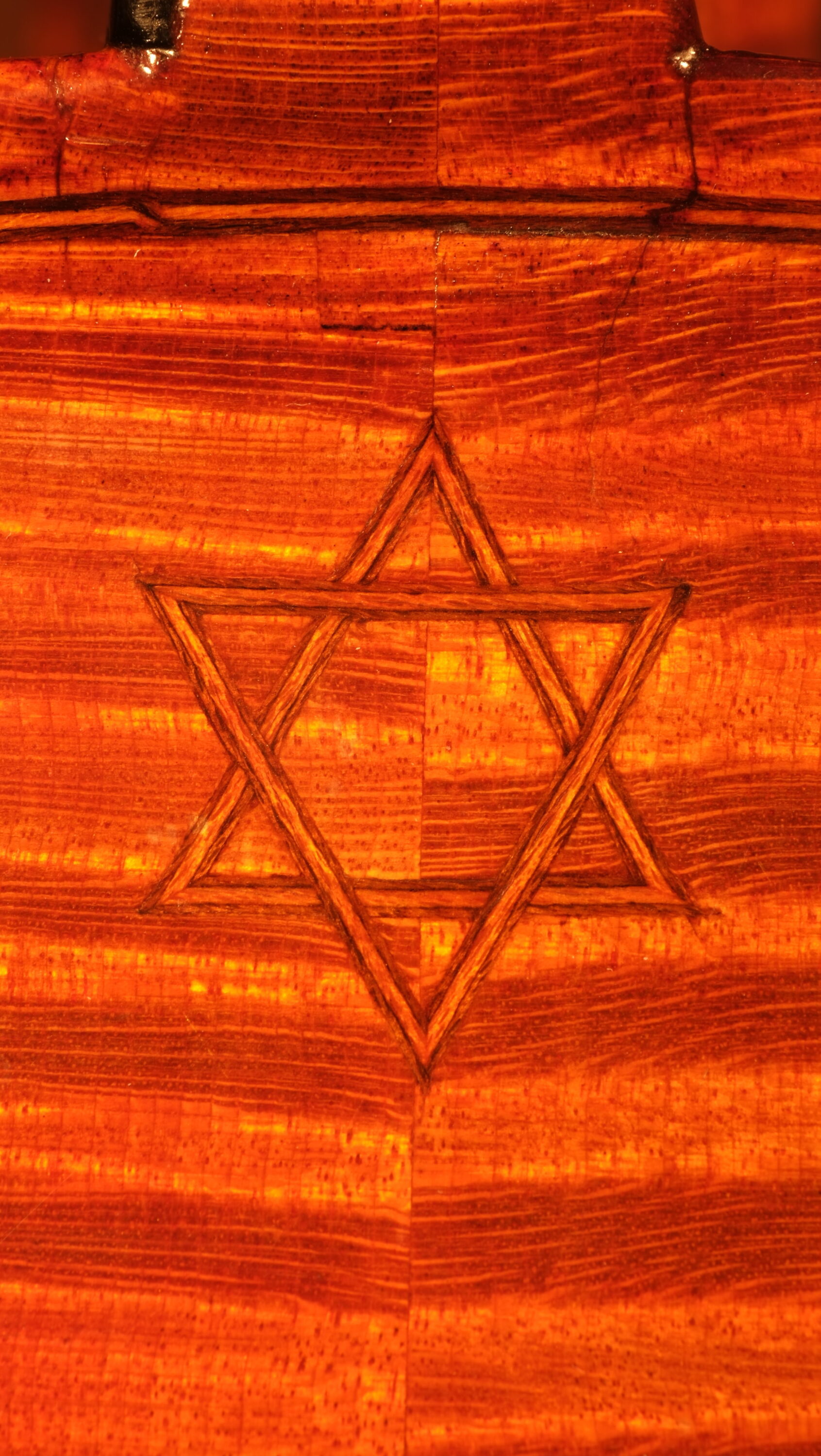 Taking into account this tragic history, Violins of Hope took the next step of growing into an educational endeavor. Violins, carefully and lovingly refurbished by the Weinsteins, have been played in concerts all over the world, including performances by the Berlin Philharmonic and the Cleveland Symphony. However, there are stipulations to performing; the violins have to stay together as a collection and playing the music of Richard Wagner with them is banned.

In addition to participating in concerts, the Weinsteins conduct classes for student performers about the history of the violin they are playing or simply holding in their hands. Avshalom said that more than 60,000 schoolchildren across the world have participated in Violins of Hope events. The collection has also done double duty as a museum exhibit.

One of the violins in the collection that is especially personal to the Weinsteins is the Bielski violin. The instrument is stamped with a telling Star of David and reflects that music was one of the only arts accessible to Jews. The violin is also dedicated to the Bielski partisans of Belarus, who rescued over 1,200 Jews during the war. Avshalom’s grandfather was one of the partisans’ leaders, and his story was the basis of the 2008 film “Defiance.”

The violin is the closest instrument there is to the human voice. “It sings, and it cries,” said Avshalom. “Each concert that features the Violins of Hope is a triumph. The violins speak for the 6 million.” He added that the instruments carry their owners’ physicality. They are worn in places where they were held on the necks; they carry impressions of people’s prints on the fingerboards.

Amnon and Avshalom Weinstein have restored these special violins, along with the hope they embody as living links to the past.