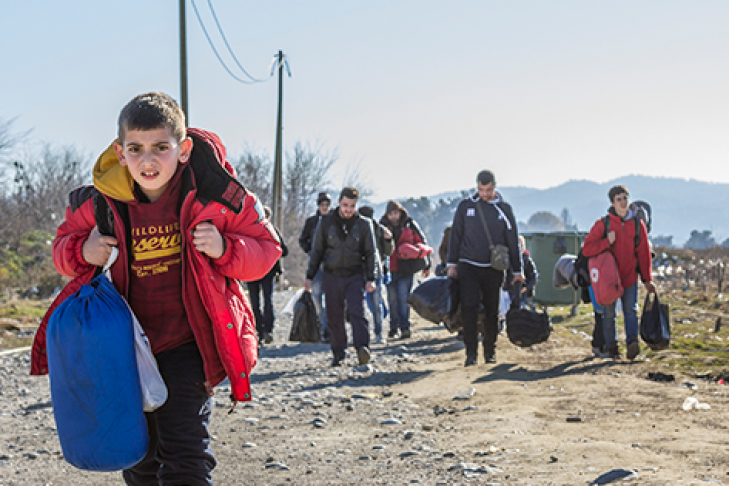 In response to the executive orders this past week on immigration and separately regarding refugees, we, the undersigned Boston Jewish religious, philanthropic, civic, and human service organizations come together to say that these actions — which are causing anxiety, pain, and anguish throughout immigrant communities and our nation — are unjust. We stand together on the side of empathy and religious tolerance and we urge the administration to open the gates of compassion to those seeking safety, regardless of their faith or country of origin.

We urge our elected and appointed officials at all levels of government to do everything in their legal authority to protect our foreign-born neighbors throughout the Commonwealth. We urge our community and others to join together and work to ensure that the United States does not close our doors to immigrants and refugees. We urge our government to maintain and expand a policy of responsible leadership for the protection and resettlement of refugee families, including in the United States and including innocent civilians fleeing the horrors in Syria. The Torah warns against the wronging of a stranger (Ger) in thirty-six places. Rabbi Jonathan Sacks takes note that “there is something striking about this almost endlessly iterated concern for the stranger — together with the historical reminder that ‘you yourselves were slaves in Egypt.’” Sacks goes on: “Why should you not hate the stranger? asks the Torah. Because you once stood where he stands now. You know the heart of the stranger because you were once a stranger in the land of Egypt. If you are human, so is he. If he is less than human, so are you…. I made you into the world’s archetypal strangers so that you would fight for the rights of strangers — for your own and those of others, wherever they are, whoever they are, whatever the color of their skin or the nature of their culture, because though they are not in your image — says God — they are nonetheless in Mine. There is only one reply strong enough to answer the question: Why should I not hate the stranger? Because the stranger is me.”

At the current moment, Jewish Vocational Service is serving some five hundred refugee clients in Boston, many of whom are waiting to be reunited with family members. Jewish Family Service of Metrowest is leading a collaboration of area synagogues to resettle refugee families with young children, with additional families — including Syrian Muslims and Ukrainian Jews — already screened, approved, and ready to arrive in the coming weeks. All of these families are experiencing a great deal of anxiety and pain, and, for those who may be prevented from arriving, the potential for additional great suffering. The organized Jewish community of Boston and our human service agencies remain committed to our work in service to these families and their needs.

We share the belief that it is long past time for our nation to enact comprehensive immigration reform. We affirm our commitment to work for reform that maintains our commitment to being a welcoming nation that does not close its doors to immigrants, that addresses border security, and that provides a path to normalization of the status of those already living here — the overwhelming majority of whom share the same desires as every generation of American immigrant and refugee families: safety, security, and the opportunity to pursue the promise of the American Dream for themselves and their children. We believe that the United States has the moral responsibility and the capacity to welcome at least as many refugees as we have been doing in recent years, with appropriate and diligent screening.

The approach to addressing these issues that was announced this past week is rooted in a rhetoric of fear and demonization and a policy that treats human beings around the world — including endangered refugees, many of whom are children who are suffering in devastating conditions — as an enforcement problem. We believe that these issues must be approached as a humanitarian matter, with a commitment to the dignity and welfare of all peoples.

Our community knows all too well the suffering that comes when America turns away refugees. We have experienced first-hand the extraordinary contributions that we as immigrants and the children of immigrants have brought to the American endeavor by adding to the prosperity and creativity of our nation. As Jews we came to this country often fleeing danger and oppression, and often we were unwelcome and discriminated against upon our arrival. We came to pursue our hopes, to practice our faith freely, and to realize the promise of America. We must not close our doors to those around the world who seek these same opportunities today.

We reject any effort to shut our nation’s doors on the most vulnerable. We recommit ourselves to the work of protecting and advancing the dignity of all human beings and to preventing suffering in this world.