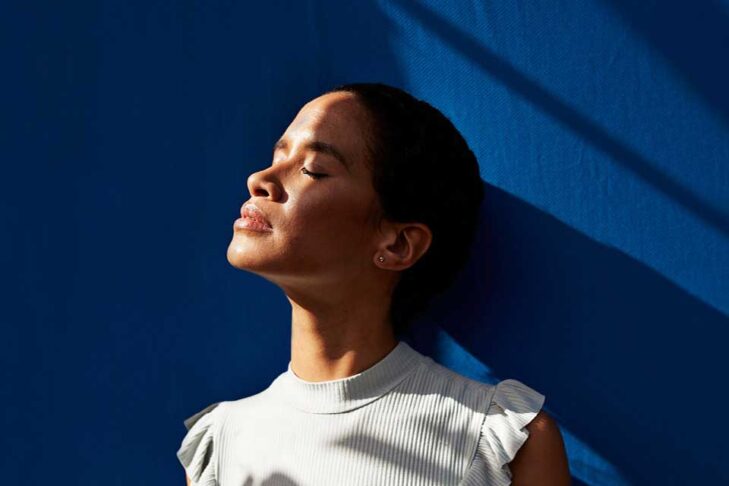 The sound of the shofar at Rosh Hashanah, the great 12th-century Jewish thinker Moses Maimonides wrote, is a wake-up call for the soul. Its message:

“Arise from your slumber! Search your ways and return in teshuvah and remember your Creator!”

Teshuvah is the central theme of the time between Rosh Hashanah and Yom Kippur, known collectively as the “Ten Days of Teshuvah.”

Typically, teshuvah is translated from the Hebrew as “repentance,” but it literally means “return,” as if turning back to something you’ve strayed or looked away from.

But that begs the question: return to what?

Depending on the time and place, there have been different answers—God, a state of moral purity, the Jewish people and Israel.

The Jewish Experience at Brandeis University asked Near Eastern and Judaic studies professor Yehudah Mirsky about the history of teshuvah.

The Hebrew Bible sees teshuvah as principally a return to God. “Come, let us return to the Lord,” the prophet Hoshea (14:2) tells the people of Israel.

In Psalm 51, King David seeks teshuvah for committing adultery with Bathsheba. Importantly, David’s confession is addressed to God because, as he says, “Against You alone have I sinned.”

Traditional rabbinical commentators have interpreted this to mean that teshuvah requires confessing your sins to God. Part of achieving intimacy with Him involves His knowing your sins. And only in that way can you return to Him.

For centuries after the destruction by Rome in 70 C.E. of Jerusalem’s ancient temple, where Jews would say confession and offer sacrifices for atonement, the rabbis reworked biblical ideas and practices of teshuvah into a roadmap for spiritual and moral growth.

In the Mishnah and the Talmud, the vast collections of law, theology, interpretation, folklore and more compiled roughly between 200 and 500 CE, they called for introspection, changing one’s ways and asking others for forgiveness.

This line of thinking reached its apotheosis in Maimonides’ “Hilkhot Teshuvah” (“The Laws of Return”). He placed confession and regret at the center of repentance so that teshuvah, according to Mirsky, became a process of “moral and spiritual self-cultivation and self-education.”

Teshuvah was no mechanical act. It had to involve genuine contrition and the individual becoming a better person. In addition to being a scholar, philosopher, jurist and communal leader, Maimonides was also a physician. “One senses his medical sensibility was at work here, too,” says Mirsky. “Transgression sickened the soul and teshuvah is the cure, a return to full spiritual and moral health.”

Already during the Talmudic period, rabbis had begun talking about teshuvah as a spiritual energy flowing through the universe that was created by God when He made the Earth.

The medieval mystics who wrote the great texts of the Kabbalah took this even further. They said teshuvah comes not only from inside the individual but is also a dynamic force all around us. To repent, you tap into it. As Mirsky puts it, “You catch the wave.”

In the 13th-century “Zohar,” the foundational work of Jewish mysticism, teshuvah became a way of repairing a rupture or tear in the spiritual fabric of the universe. When the varying energies at work in the world—justice and mercy, male and female, tradition and change—go out of whack, teshuvah helps to rebalance them. In other mystical texts, return is seen as a kind of rebirth, and the achievement of the soul’s deepest freedom.

For Luria, this largely meant a kind of spiritual healing. But over time, and especially in the last century, Jews have begun to connect this to ideas of social justice, adding another layer of interpretation to Jewish messianic ideals.

In Mirsky’s view, the Zionist movement secularized and redefined teshuvah in two ways:

Past and present interpretations of teshuvah came together in the work of Abraham Isaac Kook, the first Ashkenazi chief rabbi of modern Palestine and the leading thinker of religious Zionism.

To him, all existence is rooted in God and seeks to return to God. That return takes the form of religious practice, social and ethical commitment, art and culture—everything we consciously do to make the world better for the Jewish people and ultimately all of humanity.

And all of these elements, the ritual and ethical, material and intellectual, the Jewish and universal, all need one another to do God’s work in the world. (For more on Kook, see Mirsky’s book, “Rav Kook: Mystic in a Time of Revolution.”)

Teshuvah in this country reflects the inescapable individualism of American life.

“The sense of inadequacy ought to be at the very center of the day [Yom Kippur] …  To put contrition another way, develop a sense of embarrassment. … We have no answer to ultimate problems. We really don’t know. In this not knowing, in this sense of embarrassment, lies the key to opening the wells of creativity.”

One belief all Jewish thinkers share about teshuvah—the process only begins during the High Holidays. It’s afterward when the real work begins.

For more on teshuvah during the Middle Ages, see Mirsky’s article, “How a Lover of Wisdom Returns.”

Yehudah Mirsky is professor of Near Eastern and Judaic Studies and a faculty member of the Schusterman Center for Israel Studies. He worked in Washington as a Senate aide to Bob Kerrey and Al Gore and as special advisor in the U.S. State Department’s human rights bureau during the Clinton administration.