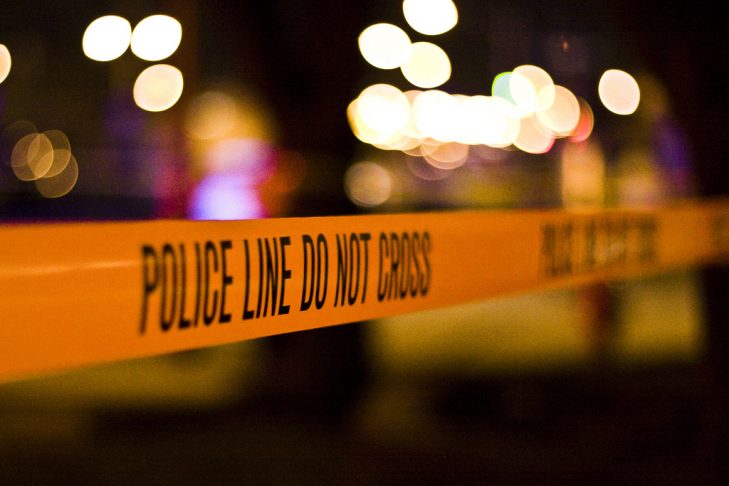 School shootings have become a fact of life (or death). Since the Columbine High School massacre in 1999—which I remember watching unfold on TV when I was in college, thinking it was such an anomaly—more than 311,000 students have experienced gun violence at school.

For perspective, this is roughly the entire population of Brookline, Cambridge, Newton and Somerville combined. It’s no longer an anomaly. It’s one more risk that we’ve been asked to absorb and accept.

The most recent murder, as we all know, was in Uvalde, Texas, when 19 children were killed. There was initial outrage: the social media posts, the tweets, the anger, the flurry of disbelief and disgust. But then, after the initial shock and outcry, life slowly began to settle back to normal (except for the affected families, of course).

And this is natural: We can’t live our lives in a perpetual defensive crouch, waiting for the next attack. Instead, we mute the fight-or-flight response in favor of low-level apprehension: I think about a shooter breaking into my kids’ school at least a few times a week. Do I dwell on it constantly? No, but it crosses my mind at odd times, such as while typing out an email or loading the dishwasher. What if I were that sobbing parent, hysterical outside the school building? What if I were waiting for a phone call? What if I were the one receiving a desperate text from my kid hiding from a murderer in a closet? This isn’t fantastical thinking; this is real life. I have pictured my kids lying dead, bloody, from gunshot wounds fired in a classroom. This is not normal.

There’s a lot of information out there about how to reassure kids (and parents), how to comfort them by letting them know there are adults out there who can be relied upon to help, and that these kinds of events are relatively rare. But somehow this all seems a bit hollow because we shouldn’t even have to concoct these promises to begin with.

Somehow, though, the parent response after Uvalde has seemed different—maybe because we’ve been asked to just accept and absorb so much already, from the baby formula crisis to the pandemic to mass shootings seemingly every week. It’s all just too much. And so almost every parent I know or have interviewed has started to shift from thinking reactively, in terms of merely seeking out psychological advice, toward sustained action through donations and activism: making sure this pattern of violence followed by outrage followed by inevitable acceptance ends.

Close to home, the Jewish-run Massachusetts Coalition to Prevent Gun Violence focuses on prevention through education, advocacy and community organizing: “A child’s right to be safe should far outweigh the right to have unfettered access to guns,” executive director Ruth Zakarian told The Boston Globe last week. The organization is frequently called upon to provide data-driven context to mass shootings. (They’re accepting donations.)

In Dorchester, Mattapan and Roxbury, Mothers for Justice & Equality confronts neighborhood violence by empowering mothers to become catalysts for change in their communities through education and engagement, focusing on workforce readiness, the dynamics of victimization and addressing trauma. They also need donors.

College Bound in Dorchester also breaks the cycle of violence through mental health care, cultivating gang members (called “core influencers”) from the streets toward high school equivalency and higher education, and then sending them back out onto the streets to recruit new members, all with a stipend. It’s a powerful organization that grasps the roots of violence, such as trauma and fear, through psychological support. This is an incredibly worthy cause to support.

Nationally, parents have been donating to Giffords, founded by congresswoman and gunshot survivor Gabby Giffords. (Giffords actually had her bat mitzvah in 2021, 10 years after she was shot in the left side of her brain. “My Torah portion is from Genesis, from the story of Joseph. If you know Vayeshev, you know it begins, ‘And he lived.’ Any story that begins ‘and he lived’ is good with me. I lived. Everything afterwards is a gift. My portion is about Joseph’s dream. It’s complex. The dream gets Joseph in a lot of trouble. But Joseph is also brave, he speaks of his dreams whether they get him in trouble or not. I am guided by a dream—the belief that we can, if we keep working, live in a safer America without so much gun violence,” she told the Forward.)

Her organization offers advocacy, research, voter mobilization, volunteer opportunities, legal scholarship and so much more with respect to mass shootings. And most mothers I know have donated to gun violence prevention powerhouse Everytown in the past week; Mike Bloomberg is currently triple-matching donations.

Most of all, don’t feel undeserving or ashamed if you need mental health support—even if you’ve never been affected by a school shooting. Just remotely, this kind of horror destabilizes all of us. We wonder: What if? When? Why not me? When might it be me? JF&CS actually offers a wide array of mental health services across a spectrum of needs and ages, for new parents who feel isolated and might wonder what kind of world they’re bringing a baby into, to parents of school-aged kids dealing with fear, or with a child who might exhibit violent tendencies or grapple with their own mental health struggles.

The never-ending cycle of unthinkable news can paralyze us; it’s essential we take action and not become resigned to this special brand of horror.

What are you doing to take action? I’d love more inspiration.