Antisemitic attacks are on the rise throughout the United States, with the Anti-Defamation League chronicling an increase in incidents over the past month. Dr. Rachel Fish, an academic with deep expertise in Israeli history, calls herself a “scholar-warrior” in the fight against antisemitism.

Previously, she was the founding executive director of the Foundation to Combat Anti-Semitism. She talked with JewishBoston about the roots of hatred and ways for kids to combat harassment.

Could you explain the root of antisemitism? How would you define this for a younger child in terms they might be able to understand? 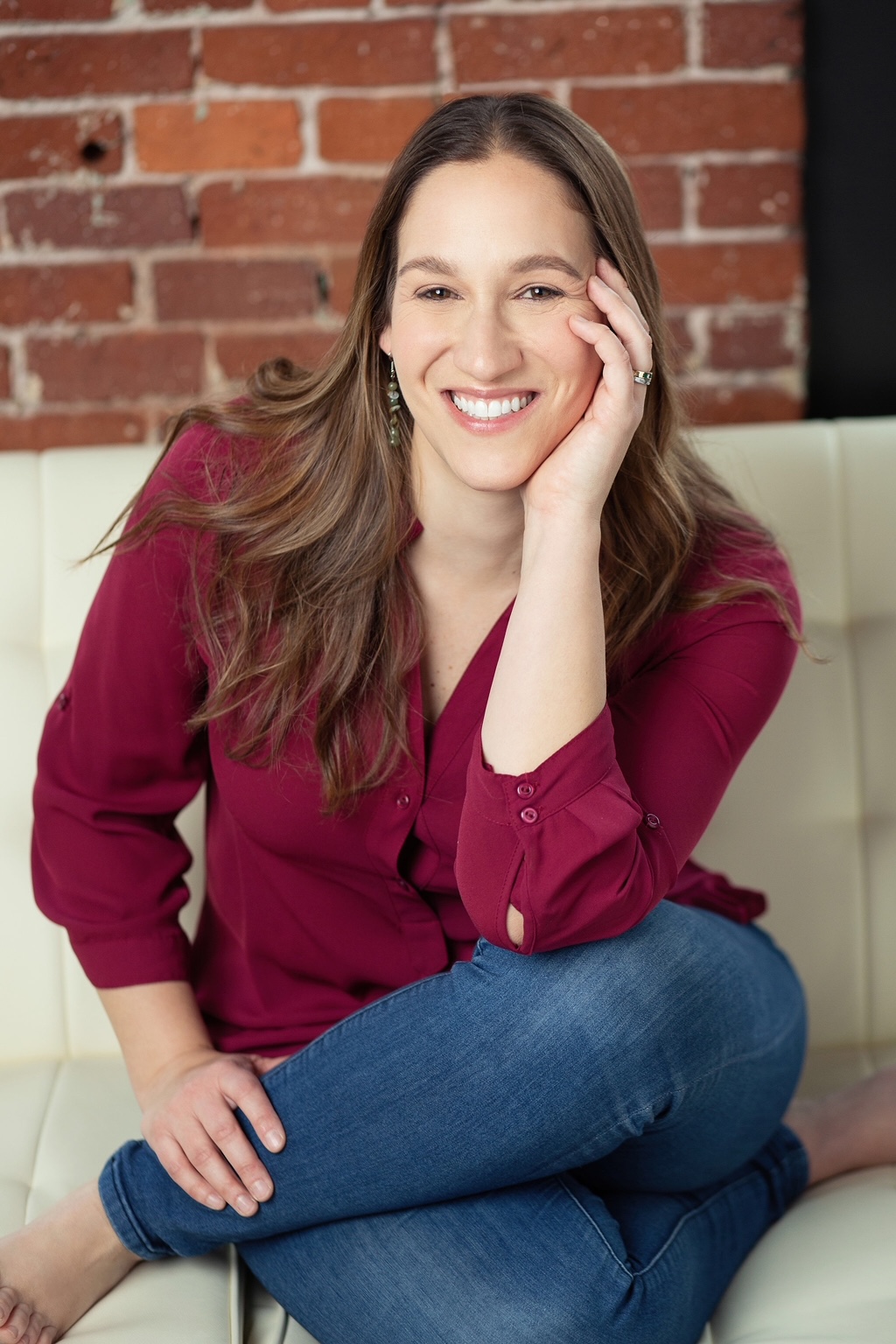 Antisemitism is like a virus. It mutates and changes over time. It started off as a way to focus on a hatred specifically toward those who believe in Judaism and who practice the Jewish tradition. That then transformed over time to focus on hating Jews because of their identity as a people and the way they are understood to be different from other groups, particularly in Europe at the time. Then we saw it mutate again, where those other two forms continue to exist, but we also see that there’s a hatred toward the Jewish state, Israel, and people feel uncomfortable with Jews holding real power and having the ability to have decision-making influence in the world.

We also know that it can be a form of hatred that is used by different political movements across political positions, from a hard-right position, which says that Jews are never going to be white, Jews are always “the other.” Jews are always different and no matter what, there’s a fear of Jews having influence within a community or within a society. Then we also see on the hard left of politics this idea that Jews are part of a society that is white and have privilege because they have been influential, particularly in America—and so therefore they cannot be a vulnerable minority and they are part of the white majority, which is part of the problem because it continues to promote discrimination toward other marginalized communities, and Jews are not considered to be a marginalized community.

In both of these forms, politically, Jews are constantly having to pay attention to how certain language is used by different individuals to understand if there are feelings or sentiments that are trying to target Jews for a political purpose.

What are ways that kids can empower themselves, and what should they do if they feel scared?

If someone feels uncomfortable, and as if they’re in a situation that’s unsafe because of their identity as a Jew, they need to tell a grownup. They can tell their parents, they can tell teachers, they can tell a coach or another family member—but they need to tell a grownup who can help them feel safe and make sure no one is hurt or harmed. Their parents then also need to be able to have a conversation, depending upon the context of what has happened, with other responsible individuals and potentially organizations like the Anti-Defamation League or other organizations that report incidents of antisemitism to law enforcement. It’s very important. If anyone feels unsafe, see something and say something.

If you feel like something was said that was hurtful about Jews, again, it’s important to tell a grownup so that the child can appropriately, with the grownup, decide how to engage in an opportunity to address that particular situation. Obviously, this is very context-specific. But most individuals in the world are part of the “don’t know” audience. I put that in quotes. They really don’t know what antisemitism is. They don’t even understand the term, because it sounds very fancy and scientific. Even when we did research and learned about what 13- to 35-year-olds in America thought about antisemitism, the majority said, “I don’t know.” Those who did try to answer the question said, “Well, what’s a semite?” Because it doesn’t sound like a term we use today. Then other people said, “Well, I’m antiracist or I’m anti-homophobic on anti-Islamophobic, so I’m probably an antisemite.”

And you’re saying, “No, no, no. You’re an anti-antisemite!” So the word doesn’t make sense to a lot of people. Part of it is helping people understand what the term means, and sometimes it’s easier to label hatred toward Jews specifically, like “Jew hatred,” or saying “hatred toward Jews or the Jewish religion, the Jewish people or the Jewish state.” Because then it becomes very clear to individuals what’s happening instead of using this term called “antisemitism” that can feel complicated or unclear.

If you have a relationship with the individual who may have said something that was hurtful about Jews or Judaism or Israel—and I don’t mean criticizing, I mean really hurtful and trying to suggest something very negative targeting Jews—then you could actually call them into a conversation. You can begin to help people understand and educate themselves, and you can help educate them about why Jews do have this as part of their history. Even a young child is capable of doing that.

How could that happen?

Here’s a story: I grew up in a small town in northeast Tennessee. There were very few Jews. When I was in middle school, a student etched a swastika onto my locker. I caught him etching the swastika with his little pocket knife. I shared what happened with the teachers, and the teachers brought it to the principal. The principal spoke with me and also called my parents that evening because they decided that they were going to have this student removed from the school for suspension. This was not a student who really knew what he was doing. He had not passed a couple of grades; he was not a good student.

So I suggested to the teacher and to the principal that I meet with the student in school every day in order to read “The Diary of Anne Frank,” and that way he could become more sensitive to understanding why Jews had a history of being persecuted. That was a very important moment because, for me, I became the educator. I became the teacher, and I called someone into a relationship and into a conversation so that they could be more sensitive and learn more. Kids have that ability, young people have that ability, teens have that ability to help other individuals learn and grow, and that’s very powerful. It can feel very empowering.

That’s a helpful anecdote because it makes it feel real. It was real. So thank you for sharing that. What would you say is behind the recent rise in antisemitic attacks?

Jew hatred has been on the rise in America for the past five years. It doesn’t mean that Jew hatred didn’t exist five years ago. It did exist, but it wasn’t as obvious all the time. Now it’s becoming more obvious, partly because we see politicians using language, imagery, stereotypes and ideas about Jews that are not real but are perceived as being characteristics of Jews. We see this from politicians, again, who are Republican, and we see it from politicians who are Democrats. So we see that happening by decision-makers. Jews are usually the first people targeted in a society when there are tensions.

We also see that there is an idea that exists around, if you care about a lot of the movements that many of us care about, like fighting racism and being good allies to other marginalized communities, like LGBTQ+, that part of what is expected is that you are also labeled anti-Zionist and that you push away your relationship with Israel, because Israel is thought to be a country that is privileging or only cares about Jews. That’s not true, because Israel is a Jewish and democratic state. Twenty percent of its population is not Jewish. It’s Palestinian. That’s over 1.2 million people. But what happens is, when you start to see all of these pressures emerge, then Jews can be targeted by different groups because of fear.

We’re living at a time in America in which a lot of different communities are trying to push their own ideas, and they need someone to blame and very often Jews are part of the blame. So this will result in real pressures that Jews face and can be targeted by all different types of communities, by people who hold ideas around white supremacy and also by more marginalized communities who are minorities themselves but who feel like Jews are part of the problem for the systems that are in place. This puts Jews in a challenging situation.

What would you like families to know that isn’t getting covered enough or conveyed enough?

It’s not unique for Jews to be targeted. We have a long history within Jewish life of being targeted, but Jews are very resilient as a people, and it’s important to have knowledge about your traditions and your history. It’s important as you engage in the world and do important work on behalf of other communities who aren’t Jewish as well. That pride will help young people navigate and understand who they are and from where they come.