Close
Don’t miss another chance for fun!
Get the best Jewish events for children, teens and families delivered to your inbox every Wednesday with JewishBoston Plus Kids.
By signing up, you agree to our Terms of Use and Privacy Policy.
Violence at the U.S. Capitol
View all 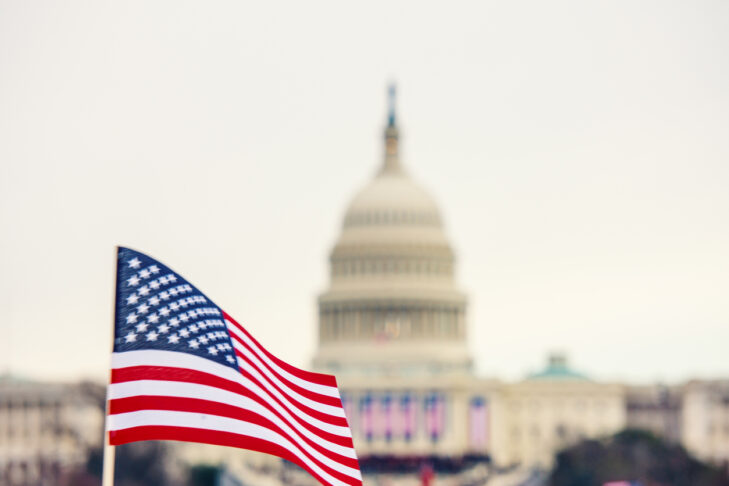 How can we put the recent events in Washington, D.C., into some kind of historical, educational context for our kids? When I was growing up, the most shocking world event was the Space Shuttle Challenger blowing up—certainly a big deal, but not quite on par with what we’ve witnessed the past four years (and the past two weeks in particular).

On the eve of Joe Biden’s inauguration, Rashi School eighth grade language arts and history teacher Zach Albert talked to JewishBoston about how to situate this historic moment for our kids.

How are you talking to your students about the insurrection?

Middle school students had an opportunity during our minyan to talk about the event with our rabbi: What did they notice? What were they wondering? How did they feel? I was really glad there was that space and opportunity for students to share their initial reactions and thoughts, and they shared what they saw, asked really insightful and difficult questions and also recognized the magnitude of the shock.

Speaking broadly, and I say this to my class all the time, language shapes history; words impact memory. In my eighth grade history class, we recently discussed Kristallnacht, or the Night of Broken Glass, on Nov. 9-10, 1938. This references the broken glass from windows of synagogues and Jewish homes and businesses. But scholars also reference that night as the “November pogrom,” so that title situates the event within the larger context of historic European state-sanctioned, violent, anti-Jewish attacks. So there are two names for the same event, but they produced two different meanings or memories. One focuses on property and one focuses on people. To speak about Jan. 6, 2020, in those terms, I pose that question to my students: What do we call it? And why does it matter what we call it?

So we brainstormed, shared all the various titles we had heard in the news and social media—protest, revolution, riot, insurrection. Which word might be the most helpful in trying to make meaning of that event today, and then also trying to think 50 years from now, what’s the best word?

How do you do that? What is the best word to describe what happened?

That’s not an easy task. We’re a little over a week post-event; we’re still trying to figure this out. I know I personally haven’t been able to fully comprehend the event, but I think that’s an important conversation to have with students as well: We’re studying history in real time. We aren’t going to have all the answers, and even when we do, they might not be satisfying. But the questions are important and allowing opportunities for the thoughtful discussions and critical reflection is really important. In the classroom, attempting to understand Jan. 6, 2020, is not simply a history lesson, but a space for students to learn more about how they see the world, and then how they want to act in that world.

I think it’s easy, especially now in a pandemic, to feel powerless. How can students feel empowered in their actions going forward at a time when things seem so out of control?

Absolutely. This was a watershed moment. Not since 1814 has the Capitol been attacked, and that was the British, not America, not its own citizens. I think what we saw was a deeply, tragically American display of white supremacy, white anger. In class, we looked at a lot of the racist and antisemitic imagery on display as well, from Confederate flags to the Camp Auschwitz T-shirt. It sometimes feels like we’re living in a post-truth society. Students can attest to this right on the internet. We can find support for any opinion anyone has ever held, and so I hope that teachers and families can push back on that way of thinking, that conspiracy theories are wrong, the Holocaust is wrong, slavery was wrong. When politicians say there were “good people on both sides,” it really damages our critical-thinking skills, so I want students following politics or the news to be educated citizens.

With so much false information out there, it’s hard even for adults to know what’s true. How can kids determine that?

To be an educated citizen, it requires a commitment to that critical thinking. I want them to take away strategies to follow the news, follow the information they see on social media and ensure that when they form opinions, they’re doing so accurately and to use skills like lateral reading. It’s not an easy thing to do. Especially when they view news and social media as almost synonymous. So it’s really about understanding: What does source material look like? What’s the difference between a primary source and a secondary source, and how can opinion get camouflaged into the overall source?

With lateral reading or lateral research, you can imagine opening up a ton of different tabs on your computer, all focusing on the same subject or event, and see all the ways in which news organizations or people are talking about it. It really helps for the researcher to see the variety of perspectives being taken. Showing the variety is really important for middle school students beginning to become budding historians.

You mentioned the antisemitic imagery and sentiments that we’ve seen in Washington. I think that in order to learn effectively, you have to be coming from a place of safety. What do you say to kids who might be scared?

That’s a fantastic question. It reminds me of James Baldwin: “American history is longer, larger and more various, more beautiful and terrible than anything anyone has ever said about it.” That’s paraphrasing, but I think that’s a really powerful way to think about any event, but especially one that you lived through, and to recognize its magnitude—but also to recognize all the ways in which people reacted in powerful and positive ways. Just the image of Congress restarting the night after, or a couple of hours after, the event. This [insurrection] was not impressively coordinated or organized in any meaningful way.

So, all that is to say that we look for the helpers, we look for the moment of people resisting or standing up to really tragic moments in American history, and, unfortunately, there’s so many of them. In my class, we really don’t sugar-coat much. The subject matter we focus on in eighth grade is the Holocaust, and then in our language arts class, it’s about dystopian literature. They’re both very heavy subjects, but I think that by engaging in those subjects, we really can begin to understand the world and maybe our place in it, sometimes better. I think students can see Jan. 6 as a logical conclusion of support or appeasement. There’s that often-quoted saying, “History doesn’t repeat, it rhymes,” and students can look to history and literature to aid in their understanding.

What books would you recommend for kids and parents who want some historical perspective?

For our language arts class, “Fahrenheit 451” does a really nice job talking about censorship and what that means for an uneducated citizenry. And we’ve read “Animal Farm.” That’s a perfect text to show the power of propaganda and lies in shaping memory. We’ll also be reading “Lord of the Flies.” Students will definitely be able to connect mob mentality to the events they witnessed. In our history class, we read Elie Wiesel’s “Night.”

What do you think the climate will be after Inauguration Day, once a new administration takes hold?

I’ve heard the arguments for unity, I’ve heard the arguments for coming together. And personally, I feel like without justice or accountability, that union won’t be as powerful, as bound as we would like it to be. It’s tough. I think the new administration is definitely helpful. It’s moving in the right direction. But I think it all still remains to be seen; there’s just so much unknown. From my studying of history, I know that Hitler staged a failed coup in 1923 and it didn’t go anywhere, but Hitler was tried. Justice was minimal. It was a slap on the wrist. And that was it. And then a decade later, he was able to rise to power.

I’m trying to take the long approach, but I think it’s really important in these moments to recognize the influence of accountability, of taking responsibility, and then recognizing that it’s not just about the one person who says the lie, but it’s about all the people who support and sustain it.