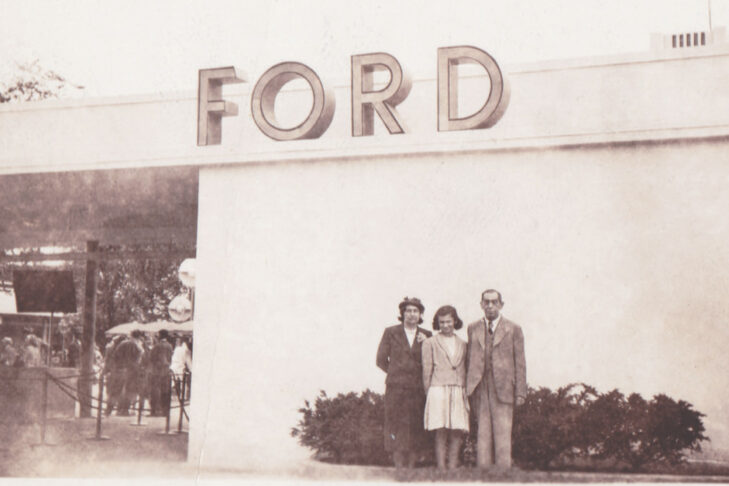 The subtitle of Julie Metz’s compelling and meticulously documented memoir, “Eva and Eve: A Search for My Mother’s Lost Childhood and What a War Left Behind,” is an apt reflection of the book’s intricate narrative. Metz’s beautiful evocation of her mother’s native Vienna before World War II is the notable strand in a story that also takes up her family’s Holocaust history and the logistics of her multi-part research journey. 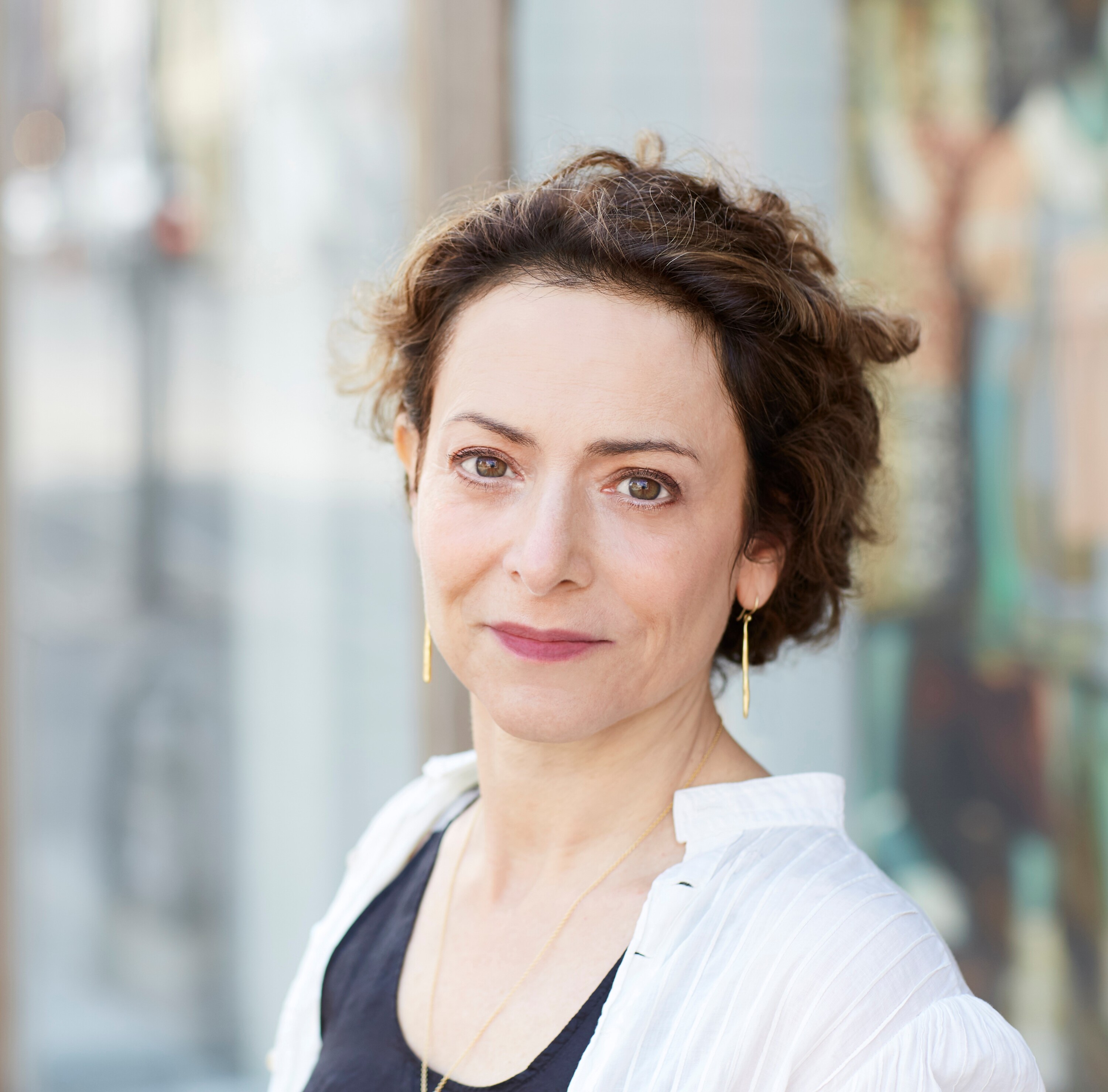 Metz’s mother, Eva, was 12 years old when she immigrated to New York in 1940 with her parents Julius and Anna Singer. Her older brothers Fitz and Dolfi (short for Adolph) had immigrated two years earlier to England, and the family never healed from the trauma of that fragmentation. Eva lived through the Anschluss that occurred in March 1938. Until they left Austria in 1940, the Singers experienced virulent antisemitism and all the deprivations and indignities that came with losing their civil rights. The timing of her family’s immigration to the United States just as Europe began to burn always haunted Metz.

The Singers’ salvation came down to the kindness of an American junior consulate officer who happened to share Julius’s love of mountain climbing—something Metz speculates might have made her grandfather stand out among the visa applicants. The second thing that helped to save the Singers was an item called a pulverkapseln. Julius owned a successful paper factory that produced a patented fan-shaped packaging that permitted pharmacists to dose powdered medicine in a hygienic manner. Family lore includes a harrowing tale of the Germans pulling Julius off a train headed to Dachau because only he knew the intricacies of the machine that produced the pulverkapseln. The third piece of serendipity was Julius’s luck in convincing the Nazis to return his family’s passports to him. He also successfully navigated the Kafkaesque bureaucracy to complete paperwork that required an arduous amount of stamps and signatures. 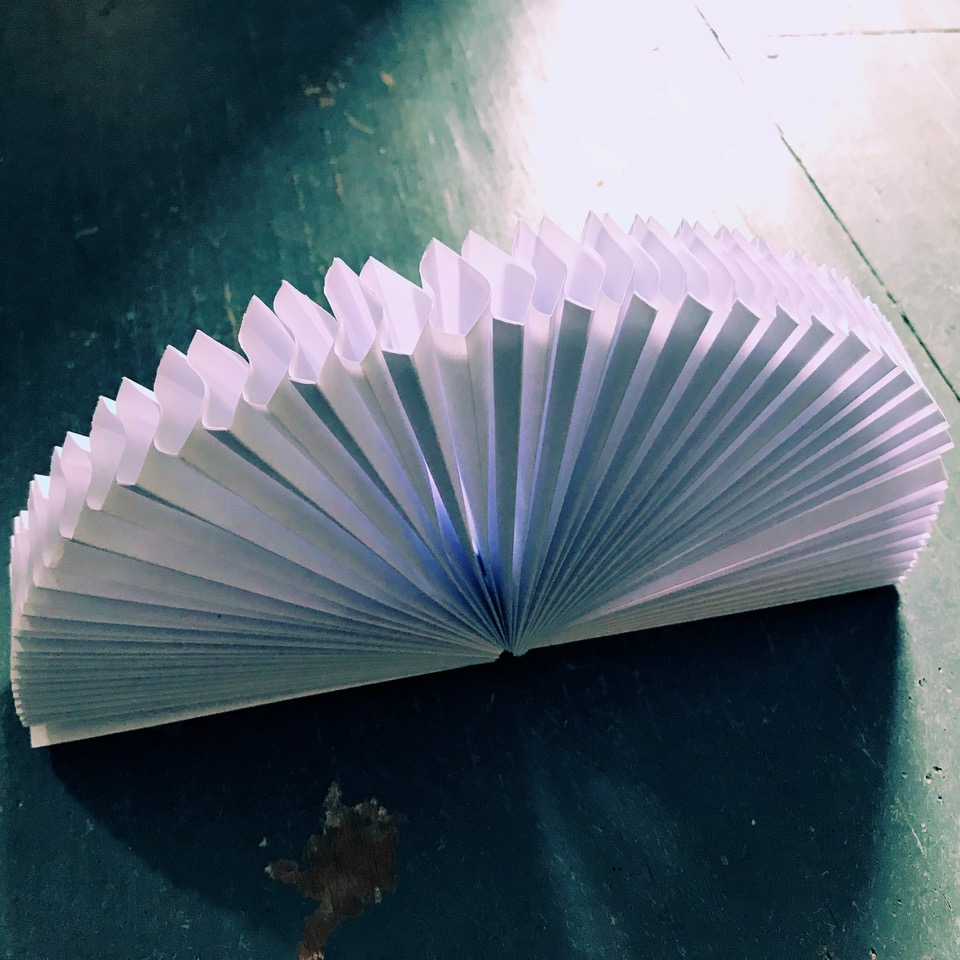 In America, Eva became Eve and had a successful career as an art director at Simon & Schuster. But the trauma of leaving her beloved Vienna stayed with her until her death in 2006. After her mother died, Metz went through her mother’s belongings. She found Eve’s childhood poesiealbum deeply tucked away in a drawer Eve reserved for her lingerie and other private belongings. The album was akin to a school child’s autograph album. Metz shivered with recognition as she went through the small book and noted the finality of some of the messages. It was apparent that the Jews of Vienna were in grave danger.

Finding her mother’s poesiealbum sent Metz on a decade-long odyssey that included visits to Vienna to trace her mother’s life there and visiting Trieste in Italy, where the Singers boarded a steamship for America. She also forged a research partnership with an archivist at the Leo Baeck Institute, who provided ongoing assistance and had interviewed her mother in 2004.

Metz recently spoke to JewishBoston about the challenges, miracles and surprises she encountered in delving into her mother’s history and tracking her family’s escape from Nazi Europe. Here are highlights of the wide-ranging conversation.

On how the writing and researching of her book affected her posthumous relationship with her mother:

“The research and writing process at times felt like a séance. My mother saved a lot of the paperwork from her immigration, which was very helpful. But there were many aspects of her story that she didn’t share, and I felt that I was telling her story on her behalf. I started to understand the trauma that happened to her as a child. She saw things no child should have seen and it marked her forever. As a small girl she was insulated and protected. She and her family felt as if they belonged in Vienna. Everything was taken away after the Anschluss. A switch flipped, and it was terrifying.” 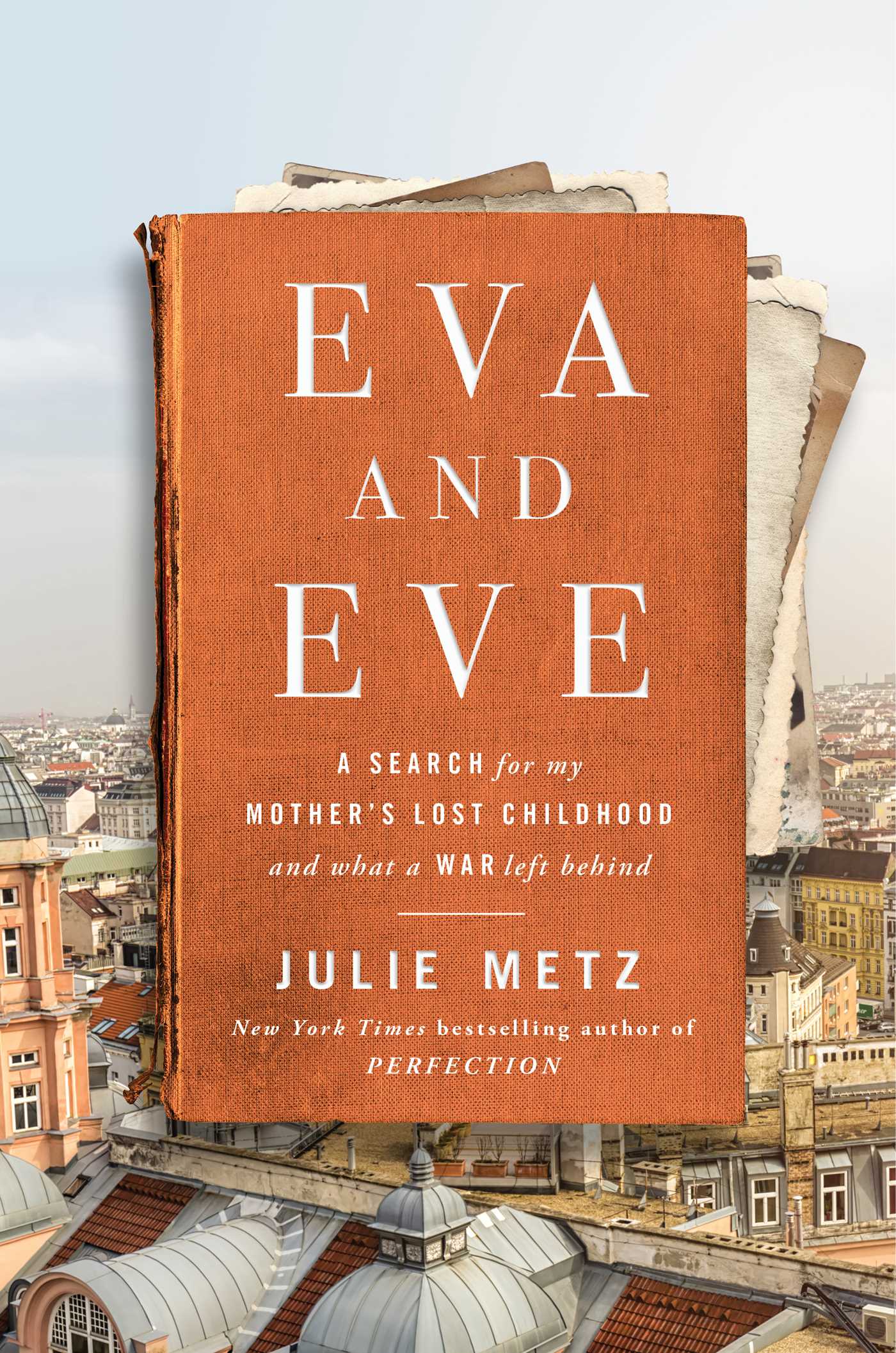 On the recording of her mother’s 2004 interview for the Leo Baeck Institute and her poesiealbum from Austria:

“Initially, there was something wrong with the sound of the cassette my mother gave me, so I kept it [unheard] on my desk as an artifact. I was finally able to convert it into a CD and listen to it a couple of years later. Then a few weeks after my mother’s death, my dad asked my sister-in-law and me to collect my mother’s things. The photographs stayed but we gave away the clothing. I found the poesiealbum in a drawer where my mother kept her private papers and lingerie. It fascinated me that my mother, who was allowed to immigrate with so little, brought this book, which was heartbreaking in its representation of her life in Austria. I knew immediately it was the first clue of her story. The book held memories of friends and family she never saw again—it held a lot of pain and sorrow and grief that she did not have an outlet to express. The album stayed on my dresser the entire time I worked on the book, and then I donated it to the Leo Baeck Institute’s archives.”

On her trip to Trieste, Italy:

“My mother never spoke about Trieste. I was able to piece together her nine-day stopover because she saved everything, including the Nazi passports. From those documents, I realized that people didn’t leave immediately from Trieste. Yet my grandparents had no money. Where did they stay, and who took care of them in Trieste? Through my research, I discovered the Jewish community in Trieste was destroyed in 1943. However, until 1943 the community had been taking care of generations of [Jewish] immigrants passing through to board ships for Palestine and America. Third-class passengers were put up in a hostel built to house them on the edge of town. It’s now an elementary school. I went to see it and its architectural style dates back to the Hapsburg Empire. There was also a beautiful, thriving and freestanding temple that was very visible and is still there. It was not tucked away on a side street like the synagogue in Vienna.”

On applying for Austrian citizenship:

“I wrote a piece for Tablet on applying for an Austrian passport. My brother and I have been researching how to get Austrian citizenship for many years. There is a lot of paperwork involved. Many thousands of [Jewish] Austrian descendants are applying from all over the diaspora. Applying feels like restitution of a birthright. If my mother had come to the United States by choice as an Austrian, I would have had dual citizenship. It feels right and fair to have that restored to me. I’ve always felt like my mother’s daughter in that I have a strong European sensibility. It will mean a lot to me to return to Europe as a European. I’m also very pleased that so many Jewish descendants have applied. Almost 200,000 Jews lived in Vienna before the war, and now there are barely 10,000 there. I like the idea of restoring the Jewish population. People are connecting to their past and making it part of their future.”

On the books that informed and inspired her as she wrote “Eva and Eve”:

“‘The Hare with the Amber Eyes: A Hidden Inheritance’ by Edmund de Waal sat on my desk the entire time I wrote my book. He follows the journey of a netsuke collection [carved Japanese ornaments] in his family that ended up in Vienna and got caught up in the Holocaust. I had the utensils my grandfather used when he was hiking, so there was a common thread.

“Elisabeth Åsbrink’s book ‘1947: Where Now Begins’ rocked my world. The year 1947 was a continuity of what happened after the Holocaust. Many Nazi officials were whisked out of Germany and Austria through Sweden and off to a life of anonymity in South America and other places. She goes through the year month by month and follows several narrative threads.

“Sarah Churchwell’s book ‘Behold, America: The Entangled History of America First and the American Dream’ should be required reading for every American. Churchwell argues that the notion of ‘America First’ and the ‘American Dream’ started at America’s founding to keep out immigrants. A tragic outcome of that mindset and those policies happened during World War II. The American government was aware of what was happening in Europe and did not relax the immigration quotas.” 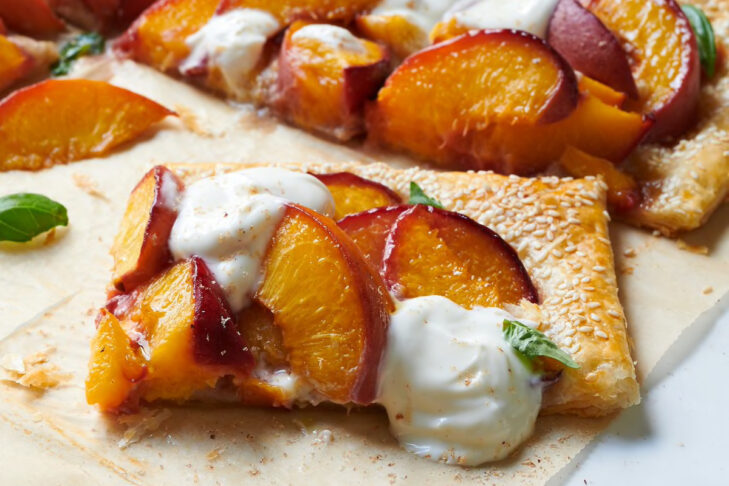 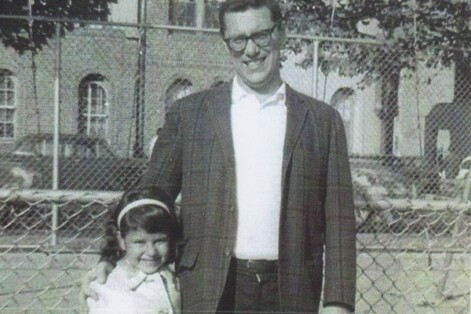 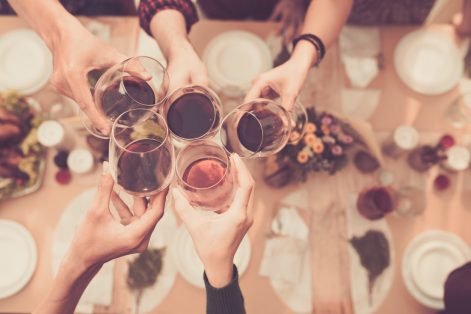 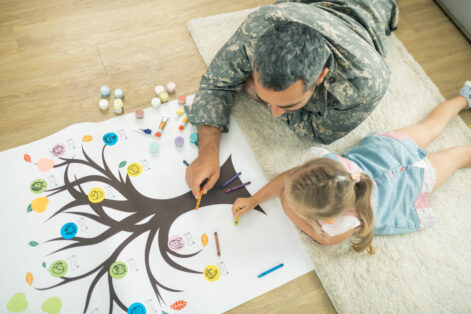