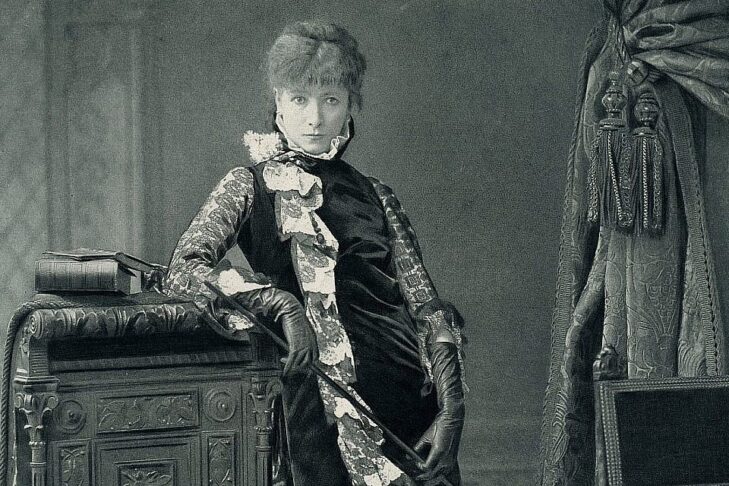 For over a decade, Yale University Press has transformed an aspect of academic publishing with its Jewish Lives series. These biographies—pared down in length yet weighty in scholarship— are part of “a series of interpretive biography,” according to the website. The volumes are concise, illuminating various aspects of Jewish identity. Their length mitigates the intimidation of wading through a heavy tome.

The books also bring to mind the ubiquitous question: If you could have dinner with anyone in Jewish history, who would it be? It’s a question that recalls the Sukkot tradition of inviting mystical guests, or ushpizim, to chat in the sukkah.

The Jewish Lives series presents over 50 potential dinner partners that range from biblical figures to Jewish entertainers. It offers the possibility of dinner with King David one night and drinks with Barbra Streisand the next. The series published its first biography in 2010 on Sarah Bernhardt. However, its bestselling title thus far is “Louis D. Brandeis: American Prophet” by Jeffrey Rosen, about the first Jewish Supreme Court justice.

Rebecca Keys, managing director of Jewish Lives, told JewishBoston over Zoom that the series “offers a fascinating lens into a personality as well as an exploration of the context in which they lived a Jewish life. You can read biographies of figures from antiquity to the present. It’s an incredible way to explore the Jewish experience.”

The series was born out of a partnership with Yale University Press and the Leon D. Black Foundation. In an email exchange with JewishBoston, Ileene Smith, the series’ editorial director, said it was “Leon Black’s desire to explore the many facets of Jewish identity through the stories of extraordinary, inspiring and sometimes vexing figures. We discover that even the greatest among us—Einstein, Freud and Sarah Bernhardt—were deeply human.” 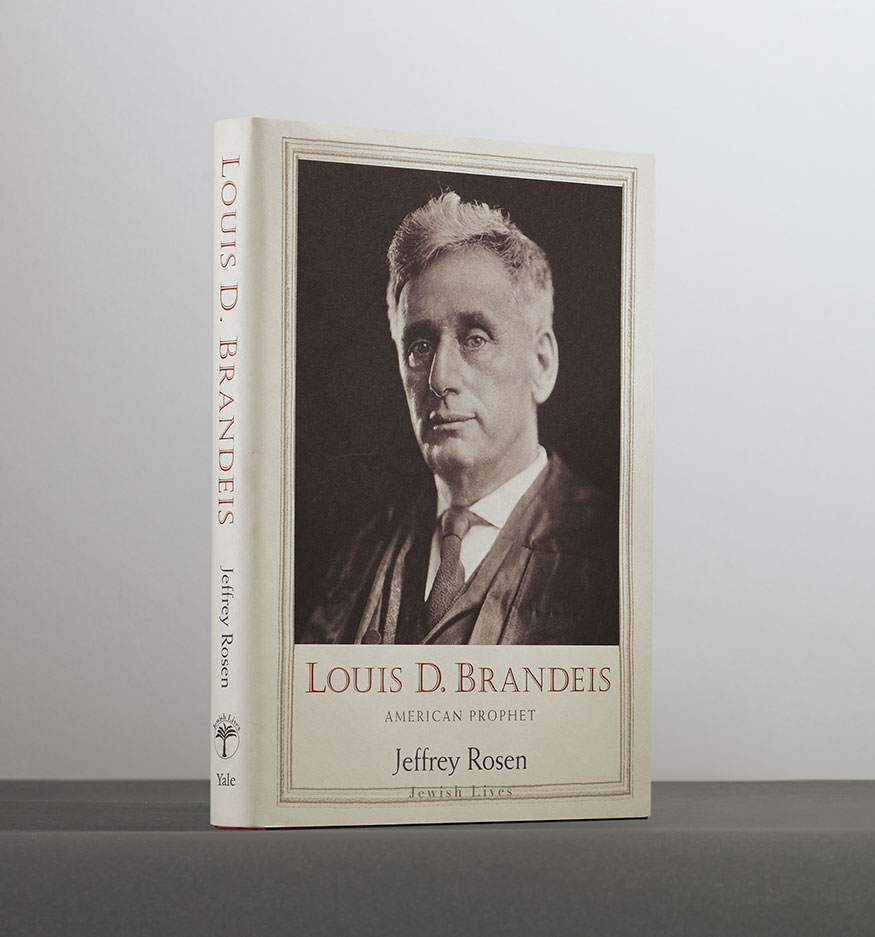 Smith further noted that she looks for subjects “with a powerful legacy” as well as cultural relevance. In some cases, a Jewish Lives book will draw attention to a person who, Smith said, “Has more or less fallen off the cultural cliff.” Ben Hecht, a prolific and accomplished screenwriter whose star rose with Hollywood, is such an example. She also said there are many biographies of Marcel Proust, but Benjamin Taylor’s volume on the French master of letters places him in the context of Jewish culture.

Smith also sees the books’ conciseness as a powerful way “to spark conversation about our history, our present and our future in the context of these momentous lives.” She further observed that the biographies’ length contributes to a “crisp and lively tone without sacrificing depth.” Keys agreed that the series’ combination of accessibility and scholarship distinguishes the biographies.

In August 2019, Keys launched a podcast to amplify the series’ ongoing entries, giving each book its own program. An early podcast episode about Sarah Bernhardt turned out to be as popular as the book. Keys estimates that each podcast has about 3,000 listeners.

This week the podcast will broadcast its 23rd episode, which explores the life of Julius Rosenwald. Relatively unknown in the Jewish world, Rosenwald was a Chicago businessman and philanthropist who funded African-American schools in the Deep South in the early 20th century. Diner’s biography notes that Rosenwald was deeply influenced by Tuskegee Institute founder Booker T. Washington’s autobiography, “Up From Slavery.”

Keys described the Rosenwald biography “as a real gem of the series. Despite attending Jewish day schools and camps and majoring in Jewish studies in college, I had never heard of him and was amazed to learn who he was and what he accomplished. That’s one of the pioneering things that the Jewish Lives series does; it unearths these important Jewish personalities that we should know about today.” 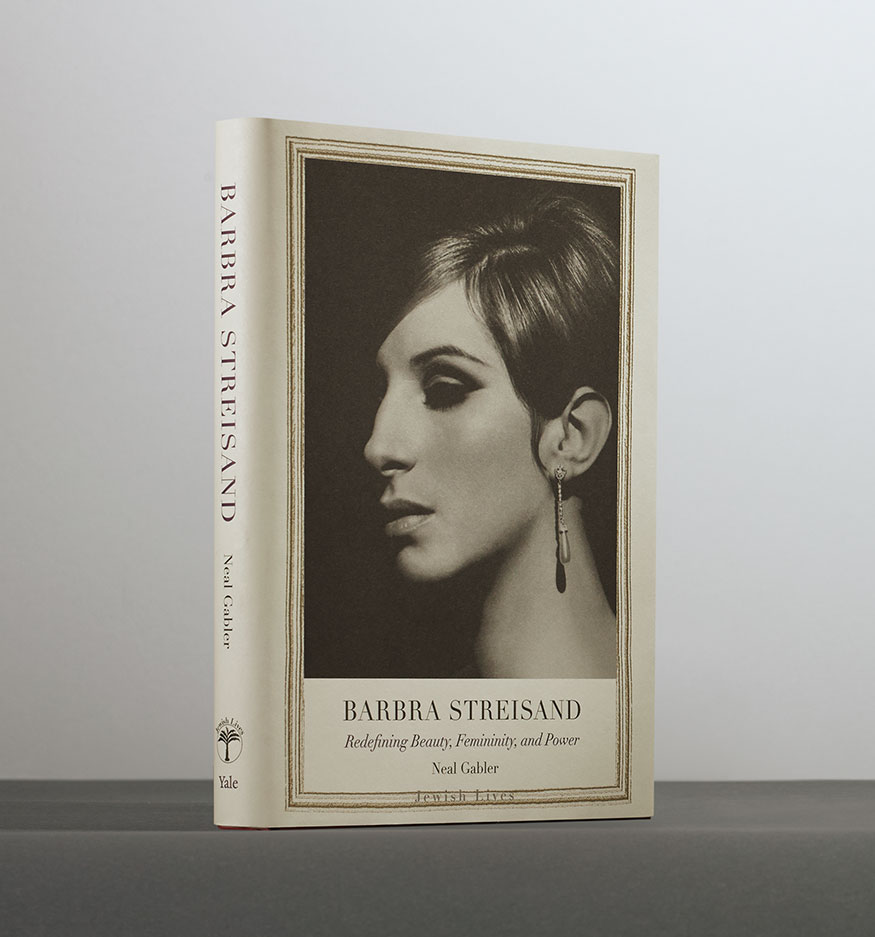 Keys anticipated that upcoming fall titles about Man Ray, Abraham Joshua Heschel and Judah Benjamin, a leader of the Confederacy, will garner interest. Under Jefferson Davis, Benjamin was the attorney general, the secretary of war and the secretary of state. He was the largest Jewish slave owner in the United States, enslaving 140 people. He was also one of the first Jewish U.S. senators. “Obviously, Benjamin is a very controversial figure,” said Keys. “And the case that his biographer, James Taub, makes is that there are very serious moral questions attached to Benjamin, but as a historical figure, he deserves our attention.”

As diverse as the subjects of the Jewish Lives series are, Keys and Smith noted that the press is working to include more women. In addition to Bernhardt and Streisand, there are currently biographies of Emma Goldman, Lillian Hellman and Peggy Guggenheim. In 2022, biographies on the biblical Ruth and Betty Friedan are slated for publication.

Capitalizing on the series’ popularity, Jewish Lives created an adjacent project to engage high school students. This year marks the first “Unessay Contest,” in which students can submit 500-word essays that answer the question: “If you could spend a day with any figure from Jewish history, who would it be, and what would you do?” The “unessay” part of the contest also welcomes entries in which students can enter a podcast, choreograph a dance, write a song or make a piece of art.

Further efforts to reach a new generation have included philanthropic initiatives with PJ Library and following up with Birthright alumni in the form of a gift book. “We’re always thinking of ways to engage and help young Jews learn about their history and culture,” said Keys. “That goes along with the goal that these books are accessible and readable, and multigenerational. And they’re beautiful, important books for any bookshelf.”