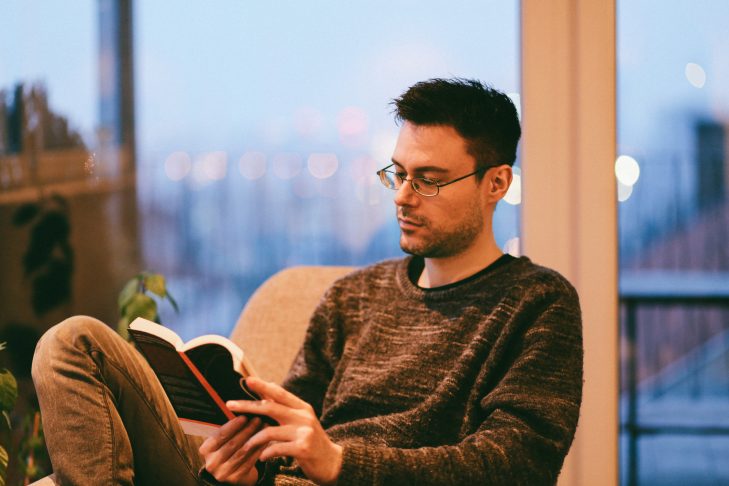 “After the prayer I returned to my home. It was not yet 7 o’clock, and 12 hours or more remained until the morning service. What would I do with these hours, how would I spend them?”
—S.Y. Agnon in “Twofold,” referring to the Kol Nidre service leading into Yom Kippur

Think ahead. Imagine it’s Yom Kippur afternoon. You have a few hours before you return to synagogue—or you’re makhzor’d out and you’re not going to return; you’re saturated with the makhzor (the prayer book for the High Holy Days) and atoning for your failings. Maybe you’ve had a nap, maybe you’ve already taken a walk. You have a headache and hunger pangs, and you don’t feel like conversing with family and friends.

If you’re like many people, using your computer or cell phone or watching TV is not an option for you on the holiest day of the year. You want to stay in the moment, so you don’t pick up the newspaper and read about things less weighty than the fate of your soul. How can you observe Yom Kippur and still pass the hours till you can finally eat that bagel and kugel?

Read Yom Kippur fiction, especially short stories. “Fast fiction,” I call it. There is plenty out there. Buy, borrow, or print the stories now and be ready for when Yom Kippur starts on the evening of Sept. 29. Here are my recommendations. 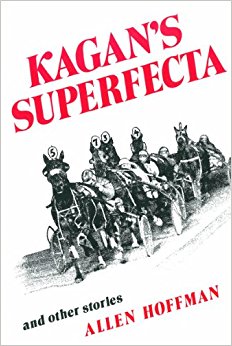 “Kagan’s Superfecta,” a novella by Allen Hoffman, amusingly and sometimes frenetically portrays more than 24 hours—from before Kol Nidre to Neilah—in the life of a gambling addict who won’t bet on races that will run on Yom Kippur. Kagan’s sidekick is an angel, who comes and goes throughout the story. It’s a period piece with sensibilities from the 1970s. It appears in “Kagan’s Superfecta: And Other Stories” by Allen Hoffman. 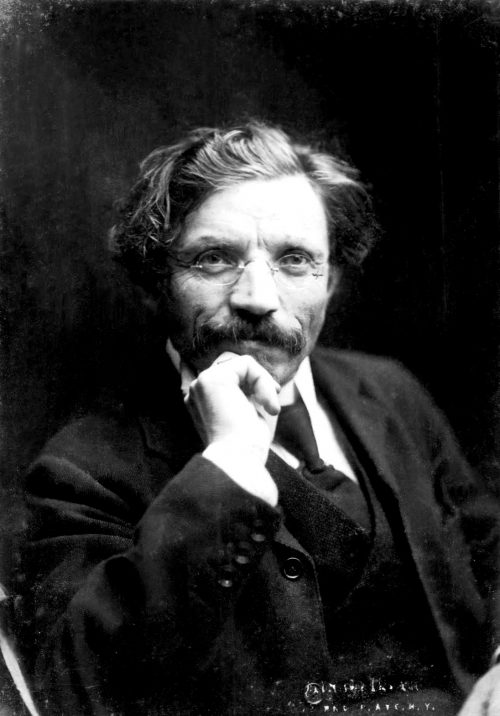 “A Yom Kippur Scandal,” a short story by Sholem Aleichem, is a rollicking tale set in a shtetl, where 1,800 rubles are stolen on Yom Kippur. During the investigation, another sin is uncovered. The theft is never solved. It’s a comic whodunnit without an ultimate who. It appears online; in “The Old Country” by Sholem Aleichem; and in “Celebrating the Jewish Holidays: Stories, Poems, Essays” by Steven J. Rubin (I recommend this book in general, by the way). 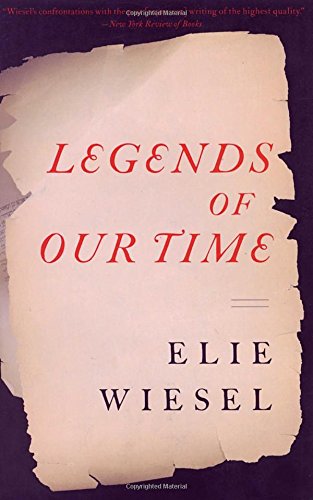 “Yom Kippur: The Day Without Forgiveness” by Elie Wiesel

“Yom Kippur: The Day Without Forgiveness,” a short story by Elie Wiesel, is set in Auschwitz. Among other things in it, the inmates debate whether to fast on Yom Kippur. It appears in Wiesel’s book “Legends of Our Time” and “Yom Kippur Anthology,” edited by Philip Goodman.

Is it fiction or memoir? I wrote to Wiesel when he was alive to ask, but didn’t hear back. I count it as fiction. It appears in a book called “Legends of Our Time“; notice the word “legends.” And in the introduction, Wiesel recounted a conversation he had had with a rebbe, in which Wiesel said that he was writing “true stories about things that happened,” although “some were invented from almost the beginning to almost the end.” I take that as an answer to my question; this story is fiction. (Maybe that conversation with the rebbe was fictitious too.) 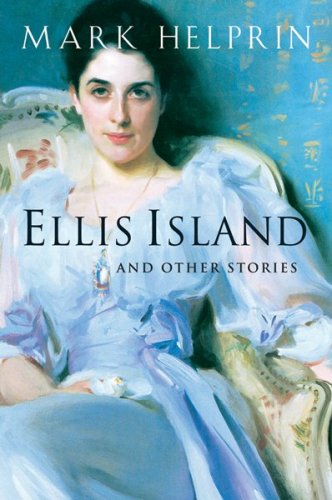 “North Light: A Recollection in the Present Tense” by Mark Helprin

“North Light: A Recollection in the Present Tense,” a short story by Mark Helprin, is set in the Golan in 1973 during the Yom Kippur War, although it doesn’t mention the holy day. Soldiers wait to be sent into the fighting—and are fighting fear while they wait. It has sent tingles up my spine. It appears in Helprin’s book “Ellis Island and Other Stories” and in “The Schocken Book of Contemporary Jewish Fiction” (an earlier version is called “Writing Our Way Home”), edited by Ted Solotaroff and Nessa Rapoport. 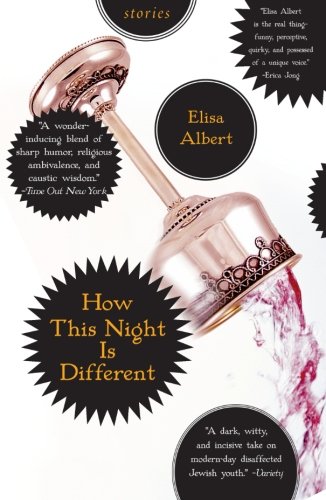 “We Have Trespassed” by Elisa Albert

“We Have Trespassed,” a short story by Elisa Albert, is about a young woman who returns home during her first semester of college—and who has just aborted a pregnancy. She deals with family tensions, including whether her sister, who has eating issues, should be fasting. It appears in Albert’s short story collection, “How This Night is Different: Stories.” 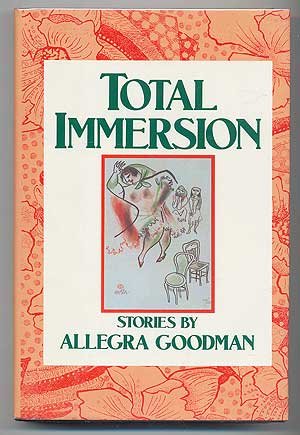 “And Also Much Cattle” by Allegra Goodman

“And Also Much Cattle,” a short story by Allegra Goodman, is about services in a makeshift synagogue in Hawaii. In 28 pages, the story introduces 22 characters. It includes this exclamation by a character named Gail: “I’m so excited! I tell you, Yom Kippur is my favorite holiday. No cooking tomorrow!” The story appears in Goodman’s collection “Total Immersion: Stories.” 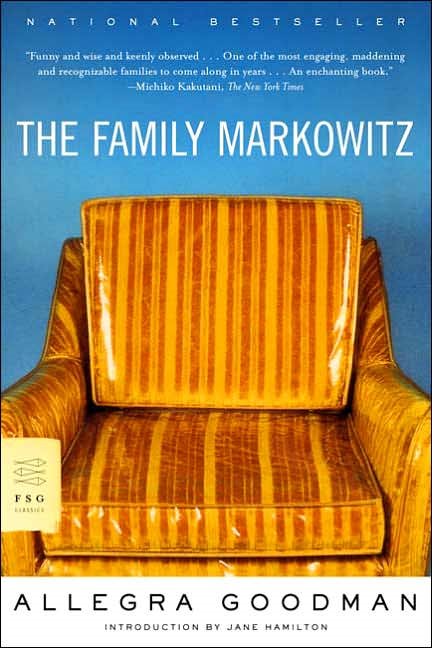 “The Art Biz” by Allegra Goodman

“The Art Biz,” also by Allegra Goodman, involves family dynamics, sin, and scandal—common themes in Yom Kippur literature. It appears in “The Oxford Book of Jewish Stories,” edited by Ilan Stavans, and as a chapter in Goodman’s book “The Family Markowitz.” 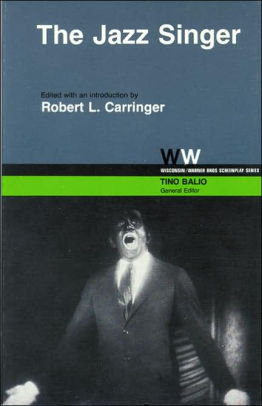 “The Day of Atonement” by Samson Raphaelson

“The Day of Atonement,” a short story by Samson Raphaelson, led to a Jewish film classic and an American film milestone. Raphaelson turned “The Day of Atonement” into a play called “The Jazz Singer”—which became a movie of that name in 1927. The jazz singer of the title was the assimilated son of a cantor, who, when his father became ill, sang Kol Nidre in synagogue, missing an opening night on Broadway. The movie was the first feature-length talkie. The story appears in “The Jazz Singer,” edited by Robert L. Carringer. 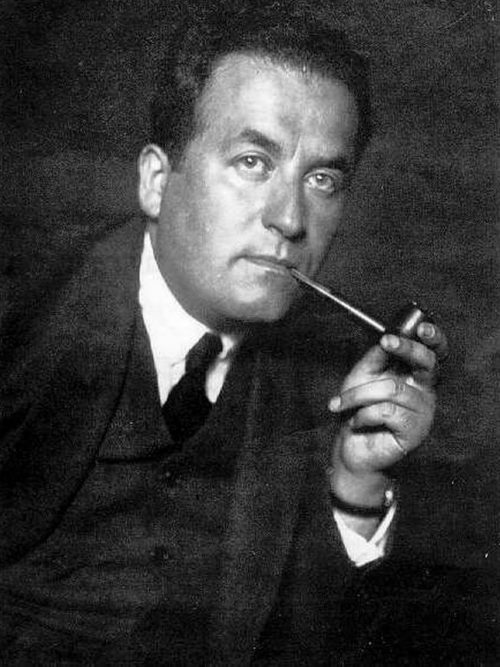 “Twofold,” a short dreamlike story by S.Y. Agnon, contains the epigraph at the top of this article, and this excerpt: “The heavens stood silent, and a noiseless sound was heard from the firmament. This was the sound of the scales weighing out good deeds versus sins. Along with it came the sound of Jewish prayer from the city’s synagogues and study halls. Almost an hour’s walk separates the city from my neighborhood, and the city sounds can’t reach us here. Yet on that holiest of days, when the whole world is at rest, the city sounds could be heard. I inclined my ear and heard them reading the day’s Torah portion. And more than what could be heard from below was what could be heard from above—the earthly and heavenly Yom Kippur.” The story appears online. This first English translation is by Jeffrey Saks.

I wish you an easy and literary fast, and leave you with these three images about Yom Kippur:

“’You have not broken me yet,’ she would murmur to God every Yom Kippur when she stood in temple, hungry and exhausted, pretending to pray so her friends would not know how much she hurt.”
—Gina B. Nahai in “Moonlight on the Avenue of Faith” (Miriam the Moon is speaking)

“’After what happened to the children, I stopped believing. Where was I on Yom Kippur in 1940? I was in Russia. In Minsk. I sewed burlap sacks in a factory and somehow earned my ration of bread. I lived in the suburbs with Gentiles. When Yom Kippur came, I decided I was going to eat. What was the sense of fasting there? Also, it wasn’t wise to show the neighbors you were religious. But when evening came and I realized that somewhere Jews were reciting Kol Nidre, the food wouldn’t go down.’”
—Isaac Bashevis Singer in “Enemies, A Love Story” (Tamara is speaking)

“…A paratrooper in uniform is making his way through the rows of chairs and taps the shoulder of a bearded youngster, who gets up and goes out, folding his prayer shawl. Moving here and there, the soldier hands worshippers slips of paper, and one by one they leave….

“…Reservists are hurrying this way and that in the streets in holiday clothes, some still wearing prayer shawls….”
—Herman Wouk in “The Glory” (the setting is Israel, 1973)