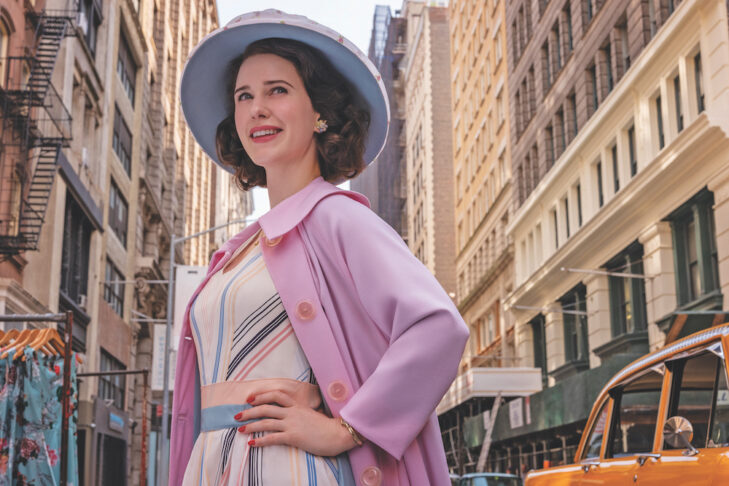 Noah Gardenswartz is a New York-based comedian and writer, and by his admission, the luckiest comic in the world to land in the writers’ room for “The Marvelous Mrs. Maisel.” Going into its fourth season, the series has won a bevy of awards and by all counts is considered one of the most “unapologetically” Jewish programs on television.

Gardenswartz (the nephew of Rabbi Wesley Gardenswartz of Temple Emanuel in Newton), was the Boston Jewish Film Festival’s mid-festival highlight, and he did not disappoint. He was in conversation with the festival’s artistic director Ariana Cohen-Halberstam and generously shared some of the behind-the-scenes magic that makes the series authentic, original and funny.

“The Marvelous Mrs. Maisel” creators Amy Sherman-Palladino and Dan Palladino—a husband-and-wife team—gathered a group of writers that includes three comedians and two playwrights. This group brings the humor and sharp dialogue that are hallmarks of the show.

Gardenswartz made it clear that the Palladinos do the “heavy lifting in terms of writing the script.” The writing duo’s process almost always involves presenting a script for input to the comedians. Most of that input, said Gardenswartz, usually calls for writing stand-up comedy for a scene or advising on the culture of a comedy club.

Gardenswartz pointed out that the comedy of a famous comedian like Lenny Bruce, who has a recurring role in the series, is never altered. “All of Lenny’s acts are actually Lenny,” he said. “We were smart enough not to touch Lenny Bruce. We got clearance from his estate to use his [stand-up]. That means we haven’t had to worry about trying to write something as Lenny Bruce and make it feel good and real.”

Producing “The Marvelous Mrs. Maisel” also involves recreating Midge Maisel’s mid-century world. Gardenswartz described the enormous amount of work that goes into building realistic sets for the show and bringing forward authentic details. There’s an award-winning set designer who brings the Palladinos’ vision of Midge’s world to life. Historical researchers check the accuracy of the details and make sure they are “period appropriate.” Costume designers contribute to the effort with appropriate fashion choices. 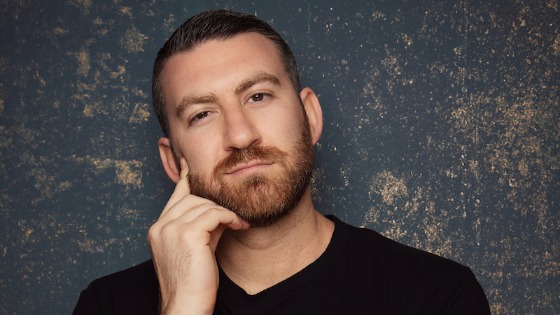 Gardenswartz said for his part he’s “done a lot of Googling of 1950s, 1960s catchphrases, and I certainly try not to use modern vernacular. Comedy is so reference heavy and we want to use the language of the time. If you want to make a joke about a woman, you have to find out how they would refer to women humorously in 1959. Or if you write what would be considered edgy in 1959, it wouldn’t register to anyone as edgy in 2020.”

The show’s second season takes place in the Catskills, a place universally considered to be “the cradle of Jewish American comedy.” Viewers might assume that Midge in the Catskills is calling up Joan Rivers, who famously bombed there. Gardenswartz countered that assumption: “When you think of a sharp, well-dressed, mouthy Jewish comedian from New York in the ‘50s, then of course your brain is going to go to Joan Rivers. But we didn’t shape the show off of Joan. It was inspired by Don Sherman [Amy Sherman-Palladino’s father, who worked as a comedian in the Catskills].”

On the experience of bombing on stage, Gardenswartz referred to Joel Maisel’s cringe-worthy appropriation of Bob Newhart’s act in the first season. For that scene, the comedians were on deck to create what it feels like to bomb. “Our input informs the way they shoot the scene, the camera angles they use, the timing with which they use them,” he said. “When you’re bombing, five seconds feels likes 10 minutes. There’s no way to do stand-up without having those sets when you bomb as a comedian.”

In response to Cohen-Halberstam’s question about Jewish archetypes in the show, Gardenswartz brought up the character of Astrid Weissman, Midge’s sister-in-law. There’s a scene in which Astrid, who has converted to Judaism, is the only Jew fasting on Tisha B’Av. “We thought it would be funny but also true to life that she was the most religious in the group,” Gardenswartz explained. “A lot of times it’s people who were born Jewish that are just Jewish by birth and Jewish by culture but don’t really practice it. It’s the converts who take [Judaism] seriously because they had to earn their Judaism. So, it’s always fun to see Astrid with her blonde hair observing Tisha B’Av, a holiday most Jews don’t pay attention to.”

Gardenswartz, who grew up in Denver, added that the show’s writers are committed to presenting the diversity of various Jewish communities. “We thought it would be a fun misdirect if prissy Rose [Weissman], who lives on the Upper West Side, grew up on a farm in Oklahoma,” he said. “We thought that would be funny and started researching Jewish communities of that time. There was actually a big Jewish community in Oklahoma in the 1920s that went there during the oil rush. It was interesting that there was an actual Jewish community that existed in history, and we placed Rose in it as a misdirect joke for where people would have assumed she was from.”

To that end, Gardenswartz said he takes great pride in how well the show has been received by the Jewish community. “While we write with full pride and knowledge of the Jewish audience involved, one of the things that really helped it become a hit was more of the alignment with the women’s empowerment movement,” he said. “We’re happy to have the show be empowering for women; we’re happy to have it be empowering to Jewish audiences.”