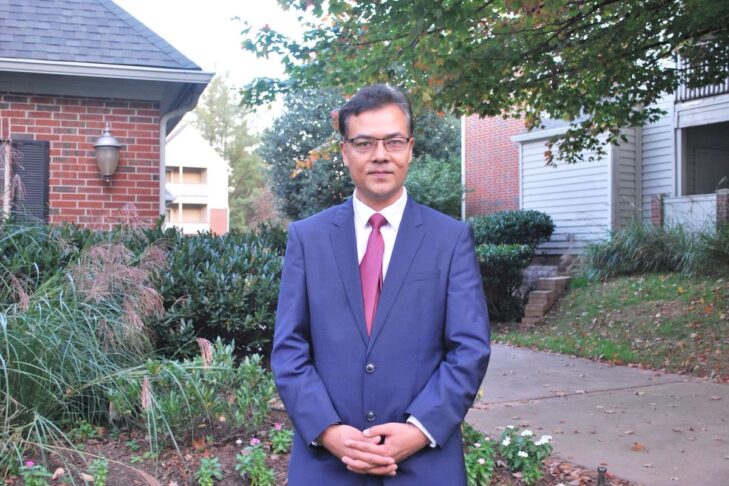 Join us for a conversation about the Uyghur genocide with Tahir Imin, founder of the Uyghur Times. Seven decades after the world and the Jewish community declared “Never Again,” an industrial-scale genocide is underway against the Uyghur people. This time the perpetrator is a powerful, authoritarian China. The Chinese government has been formally accused by the U.S. State Department and the Holocaust Museum of committing genocide against Uyghurs in the Uyghur Autonomous Region of China. There, over a million Uyghurs have been moved into concentration camps where forced labor, torture and beating are the norm. The Uyghur birthrate has collapsed. As Jews, we have a responsibility to not sit by idly as another horror is committed against a religious minority.

In our conversation with Imin, he will highlight what is happening to the Uyghur people based on his own personal experiences and on the work he has been doing to collect facts and document the abuses.

Imin is a Uyghur human rights advocate, scholar of political science, former political prisoner (2005-2007) and the founder of Uyghur Times, currently based in Washington, D.C. Imin left his homeland in 2017 to study at Haifa University in Israel. While he was studying abroad, the Chinese government demanded he return to China. He went instead to the U.S., fearful for his safety and that of his family. His wife divorced him, concerned that she would be persecuted for her connections to him. More than 20 of his family members have been sent to concentration camps. His mother, two brothers and sister-in-law were sentenced to 10-15 years in prison. He has lost contact with the rest of his family, including his then-6-year-old daughter, Banu.

Starting in 2017, Imin was among the earliest Uyghurs who spoke to the media about what was happening in his homeland. His story has been featured in The New York Times, The Washington Post, The Wall Street Journal, The Atlantic, The Guardian, The New York Post, Al Jazeera, Buzzfeed and on CNBC and numerous other outlets. He has spoken and given presentations at multiple institutions and think tank panels, including George Washington University and South by Southwest in 2019. He is also engaged in educating and organizing Uyghurs in the diaspora to take action and protect their fellow Uyghurs and Uyghur identity back home and abroad. Imin also serves as a Uyghur advisor for the organization Jewish Movement for Uyghur Freedom.