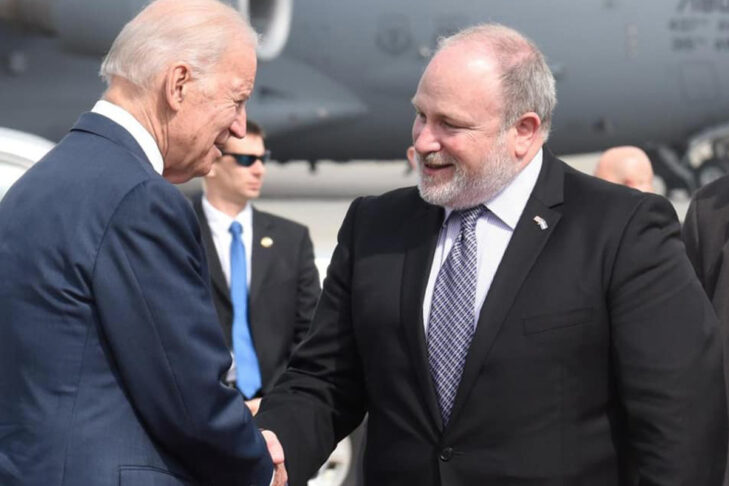 What might the future hold after Israel’s world-leading pandemic response and vaccination program? What opportunities and pitfalls await the Middle East after the Abraham Accords? What role might Israel play in confronting antisemitism here in New England?

We hope you’ll join this exclusive opportunity to get to know Ambassador Reuben and his unique experiences representing Israel in Central and South America, the United Nations and beyond. Rabbi Marc Baker, CJP’s president and CEO, will give opening remarks.

Ambassador Meron Reuben has a diplomatic career spanning over three decades, during which he has served in various positions, including roles at the Israeli embassies in Chile and Mexico and as ambassador to Paraguay, Bolivia and Colombia. Ambassador Reuben served as Israel’s Ambassador to the U.N. from 2010 to 2011 and as Israel’s chief of state protocol from 2015 to 2020.

Shira Goodman is chair of CJP’s Board of Directors and a long-time leader at CJP. Shira was president of the Board of Trustees for Solomon Schechter Day School of Greater Boston, served as vice president of the Gann Academy Board of Trustees and was an active member of the Board of the Slifka Center for Jewish Life at Yale. She currently sits on the Harvard University Finance Committee.

Rabbi Marc Baker, CJP’s president and CEO, has spent most of his life in Greater Boston’s Jewish community. An organizational leader and educator, Marc served as head of school at Gann Academy, Greater Boston’s pluralistic Jewish high school, for 11 years prior to joining CJP. A native of Lynnfield, Marc was active in the JCC and at Camp Bauercrest throughout his childhood.