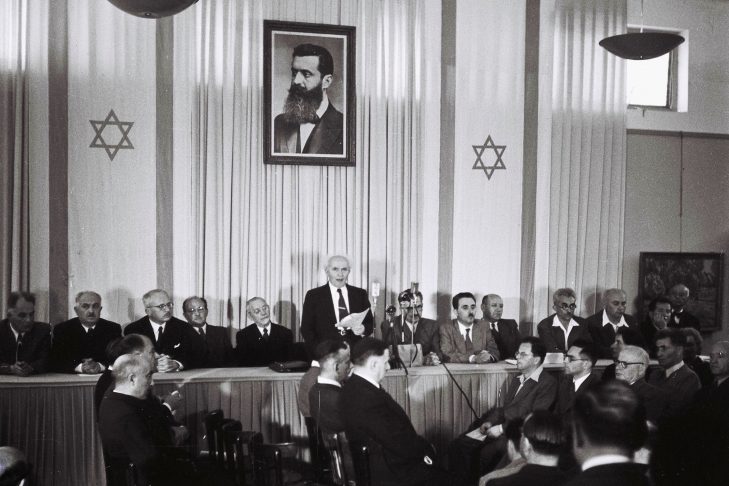 This course aims to introduce students to certain critical moments in the history of the modern state of Israel through short stories. The stories we will read together range from the earliest days of the pioneers to the twenty-first century. Written by men and women, Ashkenazim and Sefardim/Mizrachim, Jews and Arabs, secularists and traditionalists, these stories open up for us uniquely visceral and imaginative windows on many of the compelling events that have shaped the history of Israel.

Although our focus each week will be on the stories, excerpts from various academic and secondary sources will also be supplied, in order to provide historical background for the setting of each story. Depending on logistical considerations we may also screen one or two Israeli films, which tie in to some of the stories.

The somewhat unusual approach taken in this course arose from the instructor’s observation that, for busy adult students, these remarkable stories often crystalized the central conflicts, prevailing dynamics, and crucial issues in Israeli history much more powerfully than expository and discursive works. It is hoped that studying these stories will propel students to investigate even more deeply and thoroughly the rich historical contexts out of which they arose.

Dr. Jacob Meskin teaches in and trains faculty for Me’ah, Hebrew College’s adult Jewish learning program. He also teaches for the Tzion program, and for various synagogue groups in the Boston area. He is one of the co-authors of the curriculum for Parenting Through A Jewish Lens and works as a consultant on adult Jewish education and teacher training in the Boston area. Meskin was the inaugural holder of the Ruderman Chair in Jewish Studies at Northeastern University, and has taught at Princeton University, Rutgers University, the Bernard Revel Graduate School of Yeshiva University, Williams College and Lehigh University. His articles have appeared in Modern Judaism, The Journal of Religion, Soundings, Levinas Studies, Judaism, Cross Currents, Educational Philosophy and Theory, and in several edited volumes. Despite being a transplant from New York City, Meskin has become an avid Boston sports fan. His hobbies include chess (which he thinks he’s good at), Go (which he wishes he were good at), old movies, and Indian vegetarian food. He lives with his wife and daughter in Brookline.