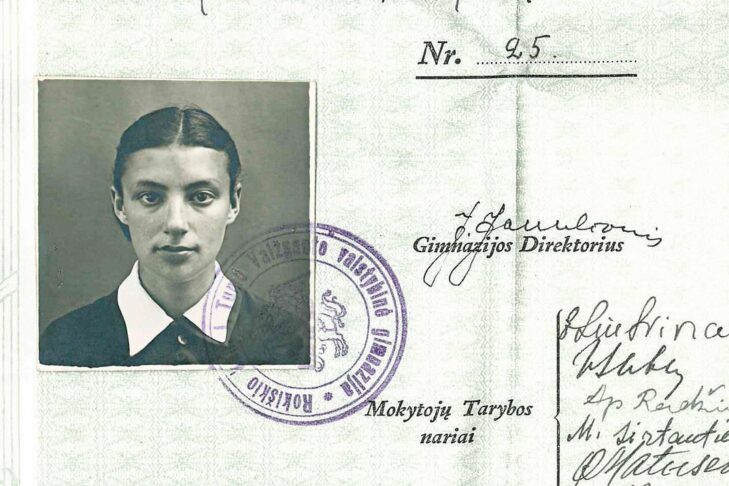 International Holocaust Remembrance Day was designated by the United Nations General Assembly in 2005 as Jan. 27 and marks the date in 1945 when Auschwitz-Birkenau, the largest Nazi concentration and death camp, was liberated. In commemoration of this date, the Vilna and its partners will convene a panel to discuss the search for a little-known Holocaust victim, Matilda Olkin, and her extended family who were killed in an isolated location in northern Lithuania in the beginning of the Holocaust in 1941.

The film “Finding Matilda: The Anne Frank of Lithuania” by Kyle Conti, himself a college student, follows the search for the mass grave. Matilda Olkin was a wonderfully talented Jewish poet and a college student at the University of Vilnius. Like Anne Frank, she kept a diary that was discovered after her death. Matilda’s diary and poetry were hidden by a local priest under the main altar of his church and only recovered many years after the Holocaust and add the background and depth of the loss of this unique Lithuanian-Jewish voice.

The poetry and diary, mainly written in Lithuanian, chronicle Matilda’s life just before her untimely murder at the hands of Nazi collaborators in her native Lithuania. Her poetry in particular has touched Lithuanian college students in an unanticipated way and a successful play was produced that highlighted her talent and the story of her death. The film traces the life and death of Matilda and her family through the lens of the scientists tasked to use testimonies and documents, historical photographs and geoscience to find the isolated mass grave where they were placed after their brutal killing. The geoscience team is the same one working on the Great Synagogue and is another attempt to recover the lost histories of the Holocaust.

Join the science team, Dr. Richard Freund of Christopher Newport University, Dr. Phil Reeder of Duquesne University and Dr. Harry Jol of the University of Wisconsin-Eau Claire to discover how and why they sought to reclaim Matilda’s story and discover her grave. The science team will be joined by Matthew Shaer, who wrote an extensive account of Matilda’s story for Smithsonian Magazine, Dr. Susan Cardillo, the director from the University of Hartford, and Kyle Conti, film editor and student filmmaker.

Facing History and Ourselves