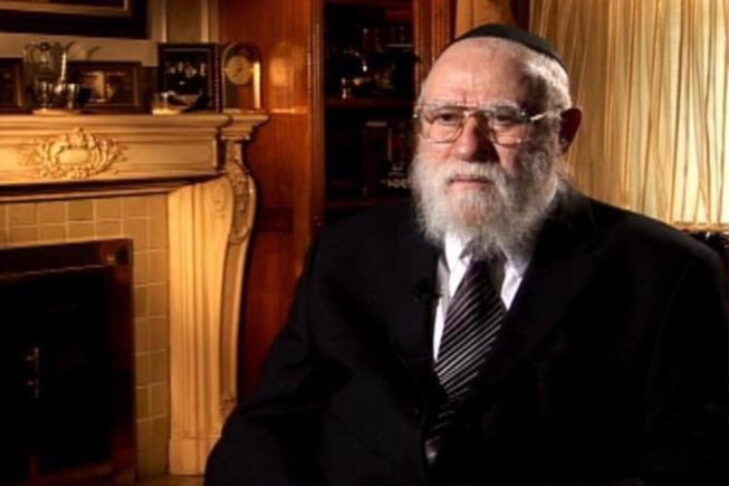 Join the community tribute to mark the first yahrtzeit of Rabbi Chaim Ciment, A”H, a pillar of Jewish education in Boston.

Rabbi Ciment was sent by the Lubavitcher Rebbe, Rabbi Menachem M. Schneersohn, ZT’L, to Boston in late 1953 as a teacher in the school, which was located at the time in Dorchester and known as Boston Lubavitz Yeshiva – Achei Temimim Jewish Day School.

After serving as a teacher and principal, he was appointed executive director in the late 1960s, taking over from Rabbi Yehoshua Tanchum Kastel of blessed memory. The school became known as New England Hebrew Academy, reflecting its role in providing Jewish education to a larger segment of a growing community.

The period when Rabbi Ciment took the school’s helm was a difficult one, for the Jews of Boston at large and the yeshivah in particular. During the previous decade the three Jewish neighborhoods of Dorchester, Mattapan and Roxbury had slowly changed, but the mid-1960s saw their wholesale collapse. The school purchased a massive campus in Brookline and soon began construction that yielded the modern addition that sits on the site today.

Under his leadership, the school established a preschool, elementary school, high school and a yeshiva gedolah rabbinical school. With thousands of students studying in its classrooms, the school has played a central role in establishing the landscape of Judaism in the Greater Boston area.

Rabbi Ciment passed away on 8 Tishrei, 5781,  Sept. 26, 2020, at the age of 90. The community will mark his yahrtzeit in the Drapkin Auditorium of the school, with noted local leaders sharing their reflections of the inspiration and living legacy he brought to the region. Your participation will bring honor to his family and his lifelong mission, the Boston Lubavitz Yeshiva New England Hebrew Academy.