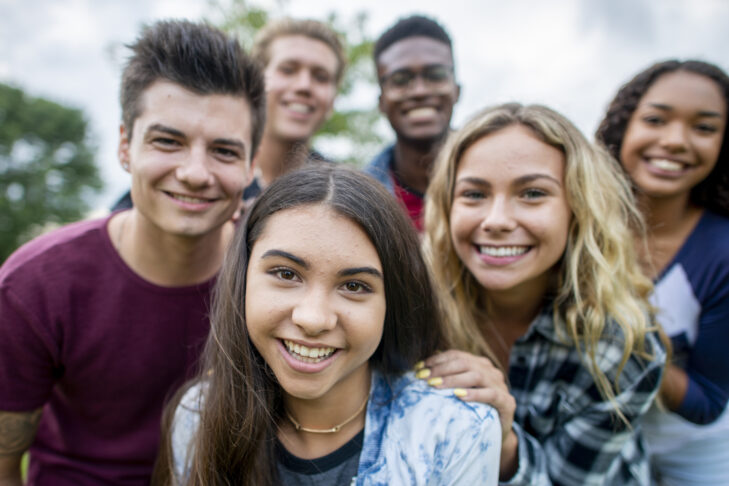 The Collab: The URJ Teen Leadership Collaborative is a teen-powered, community-driven training retreat where teens will work together to grow and harness their power to begin organizing the Reform Jewish Youth Movement into an inclusive and sustainable movement.

Here, teens will build a community that supports their visions, encourages them to share their talents and experiences with other Reform Jewish youth leaders throughout the movement, and teach each other skills they can use now and over the course of their lives.

After almost three years of gathering remotely, teens at The Collab will celebrate being back together in-person, building meaningful, lifelong friendships and having fun!

The Collab will be hosted at URJ Camp OSRUI and therefore has a limited number of spots available. In order to ensure that The Collab is reflective of the diversity of identities and experience in the Reform Jewish community, and is truly a gathering of teens from all over North America, registration for The Collab will begin by invitation.

We hope that by being incredibly intentional and relational about who we are inviting, we will be putting our best foot forward as we build the future of the Reform Jewish movement as one that reflects all that our community has to offer.

Our teen leaders have spent much of their time over the last couple weeks thinking about questions like:

In answering those questions, our teens decided that the teens who attend The Collab should be teens who…

Each NFTY region, URJ camp and RAC teen program will have a group of spots allotted for invitations.

Spots that are not filled by invitation will be opened up on a first-come-first-served basis.